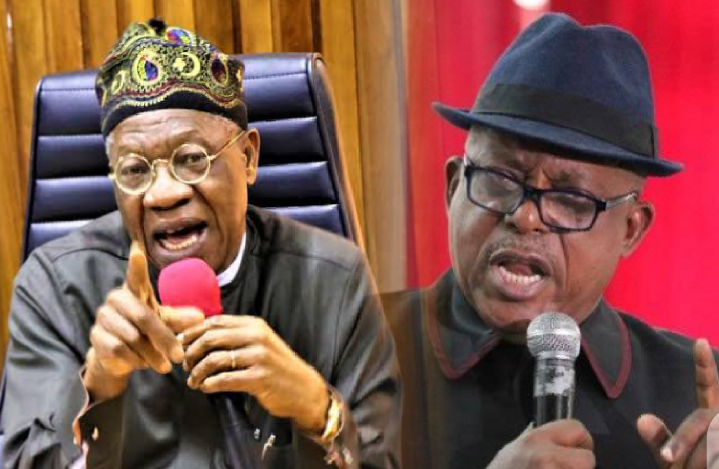 Bandits are common criminals, they believe in one Nigeria: Lai Mohammed

Mr Mohammed said bandits should not be compared with Boko Haram insurgents and IPOB separatists because they cannot be attached to a religious or an ideological goal. 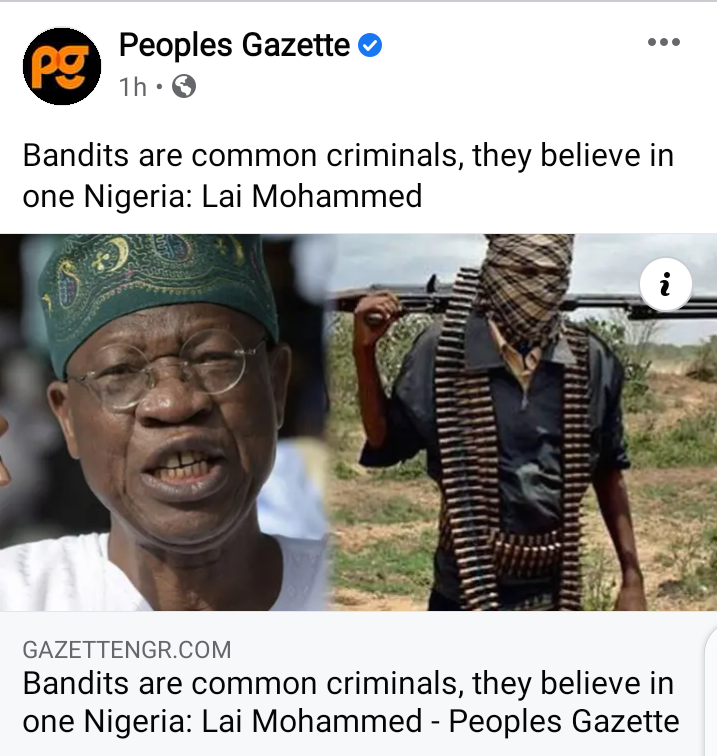 “The difference between IPOB, Boko Haram on one side and bandits is that, while IPOB and Boko Haram are driven by ideology, a belief that they don’t want to be part Nigeria, bandits have no flags,” Mr Mohammed said on TVC’s ‘This Morning’.

“Bandits have no flag. Bandits are simple criminals. There’s no difference between bandits and other criminals other than their ferocity,” the minister said. “Bandits have never said they don’t believe in Nigeria, they are just pure criminals.”

The former national chairman of the Peoples Democratic Party (PDP), Uche Secondus, says he has no intention of withdrawing the case challenging his removal from court.

His spokesman Ike Abonyi said in a statement that Mr Secondus was in court to seek justice as well as save the party from manipulations. 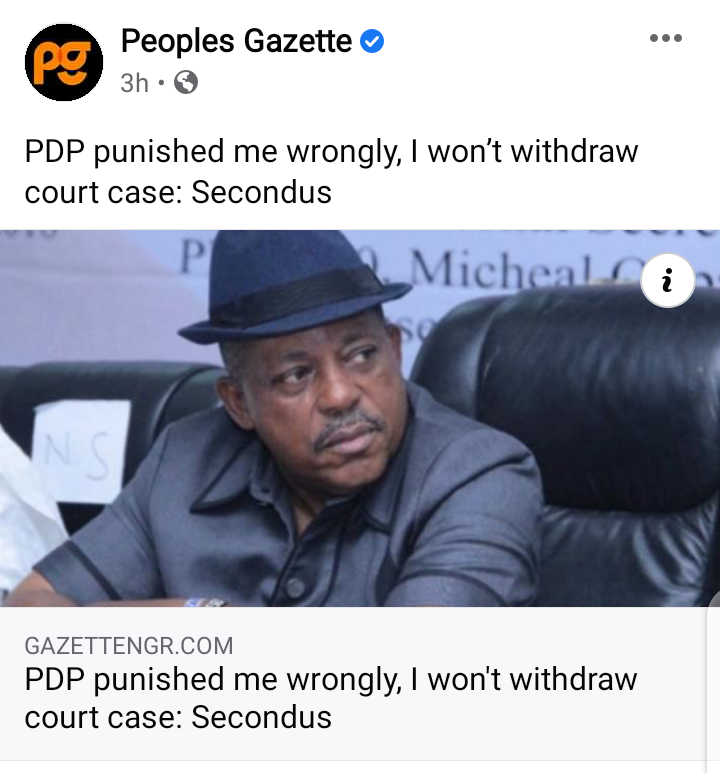 “The attention of the media office of Secondus has been drawn to an unsubstantiated report claiming that he is under pressure to withdraw his case against the party from the court.

“The truth which the said news did not state is that Secondus is not in court against the party, but was dragged to court by persons bent on hijacking the soul of the party.

The immediate past Minister of Youths and Sports Development, Barrister Solomon Dalung, has come under attack by the President of the Nigeria Football federation (NFF), Amaju Melvin Pinnick.

Speaking on Morning Show, an ARISE TV programme on Monday, Pinnick said the Plateau State born politician shouldn’t be taken seriously by anyone. 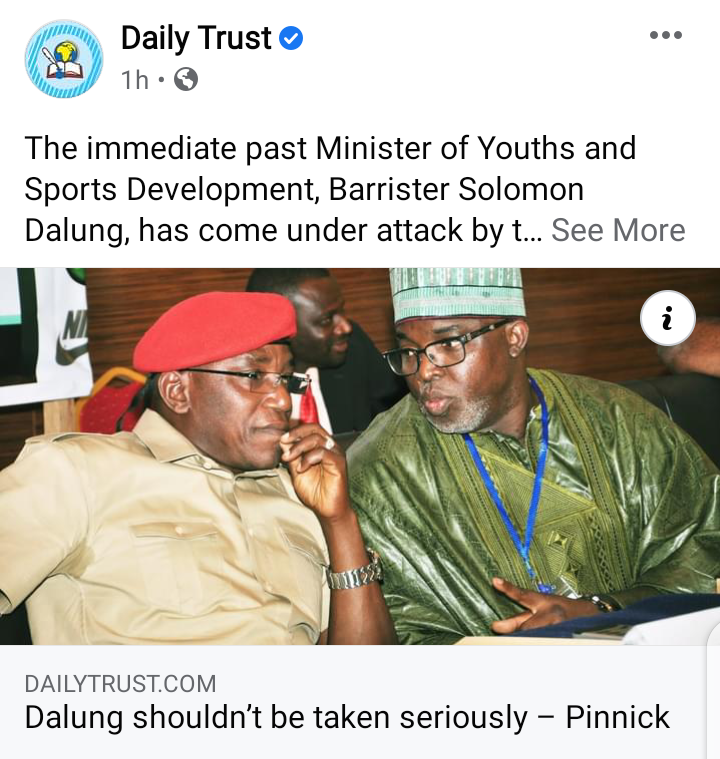 The FIFA Executive Council member said it is unethical and morally wrong for the minister to continue to cast aspersions on his predecessor, whom he said has brought stability to Nigerian sports, particularly football.

Dalung had in a recent interview made allegations of misappropriation of funds and other corrupt practices in sports, and challenged the Minister of Sports, Sunday Dare, to explain the whereabouts of the N1bn released by the federal government for the senior female national basketball team, D’Tigress.

Businessman Abducted From Bedroom In Taraba

A businessman, Abdu Yarima, has been abducted from his bedroom in Jalingo, Taraba state capital. 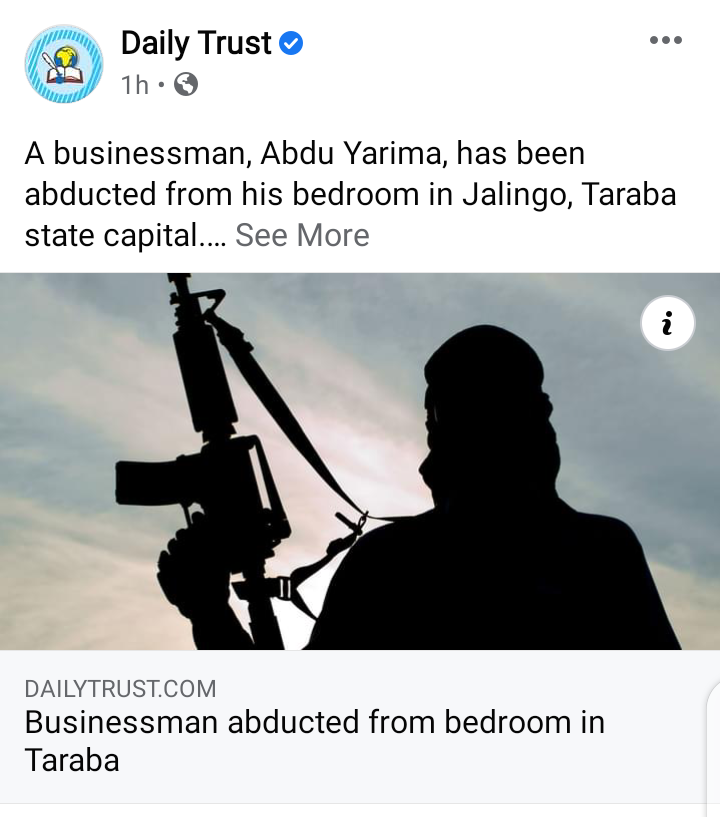 Sources told Daily Trust that immediately the gunmen, about nine in number, stormed the area, they went straight to the house of the businessman.

Daily Trust gathered that it was after the abductors left the scene with business man that his family raised alarm.

A housewife was also abducted from her husband’s house located close to Kogin Mallam Garba, still in Jalingo.