After Boko Haram held 30 people captive in Adamawa, see what they demanded for that got reactions

By BornWriter (self meida writer) | 1 months

The Terrorist Group in Nigeria called Boko Haram has been reported to have made an unimaginable demand from the community Chairman where they carried out an attack last week Friday.

The issue of insecurity in the country has been daily getting worse. Even though the new IGP stated in a report relayed by Vanguard Newspapers that it is only in the South - East and South - South that need urgent security attention, there is no single part of the country that is presently safe. Even the Northern part that wasn't mentioned by the IGP seems to be having more insecurity issues. 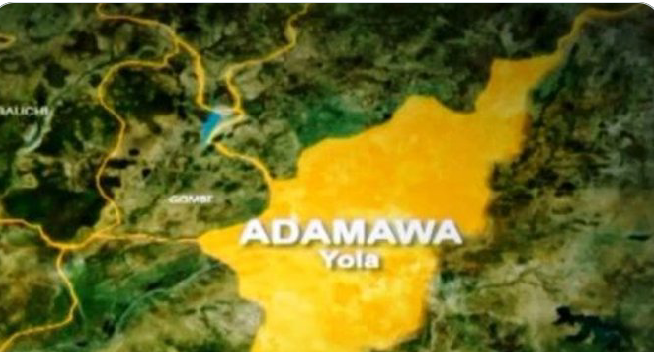 Recall that, on Friday, 9th April, 2021, the Boko Haram sect launched an attack on Kwapere Community, Hong Local Government Area, Adamawa State. It was recorded that, 7 persons were killed and not less than 5,000 people were displaced. According to the report carried out by Punch Newspapers, today, Tuesday, 13th April, 2021, information has it that, after Boko Haram attacked Kwapere Community, Hong Local Government Area of the State and succeeded in taking 30 persons as hostage, they placed a call to the community Chairman to demand for the ransom of N30m (Thirty Million Naira) before they can released the victims that were captured. 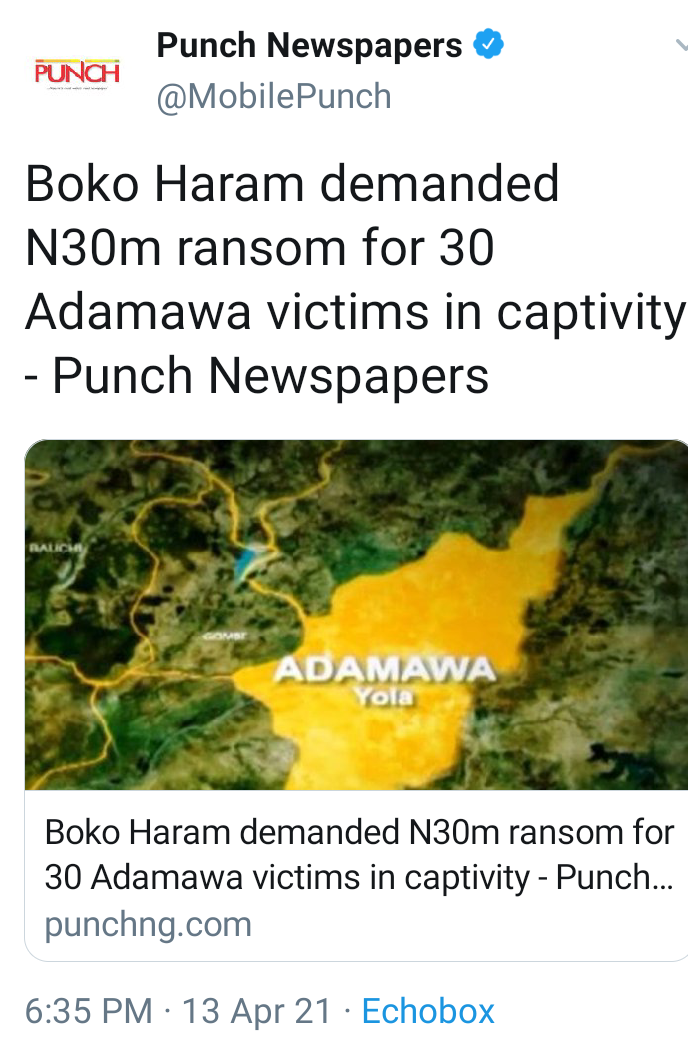 While reacting the report by Punch Newspapers, one of the commenters expressed dismay on how Boko Haram would demand for monetary ransom for victims abducted.

In a similar vein, another commenter believes that, the money being demanded for would be use to get more weapons for their operations

In a surprising way, one Twitter user alleged that the country is now being governed by Boko Haram and bandits. 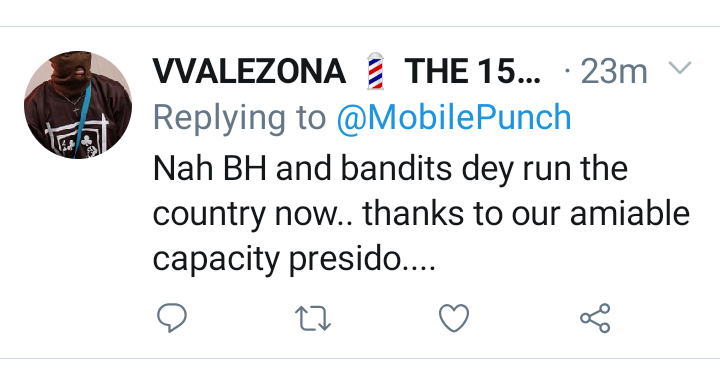 Come to think of it. It is believed that the Nigerian army have a clue about the camp of the Boko Haram group. What is depriving them from fishing them out and end their operations once and for all? Are they not competent enough or they lack sophisticated armours to use?