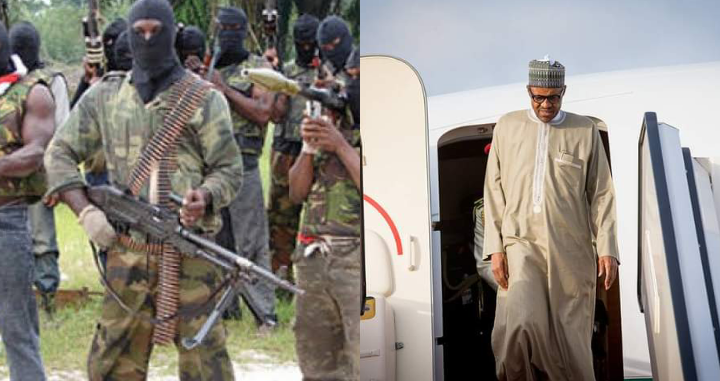 There was heavy gunfire in Idiagbon, Ado-Odo/Ota Local Government Area of Ogun State when about 60 armed men invaded the community.

DAILY POST learnt that the men who the police suspect to be land grabbers, attacked the community, causing confusion among residents. 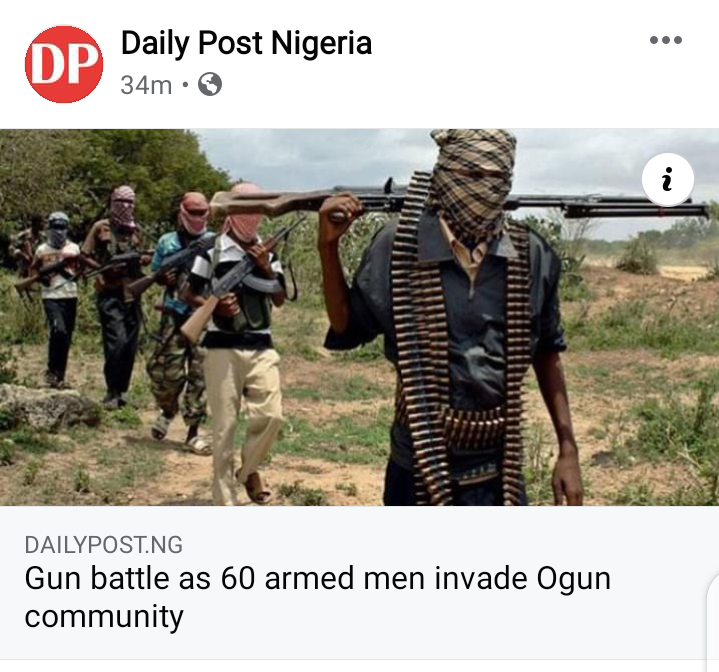 Policemen from Onipanu division were said to have engaged the assailants in a gun duel, consequent upon which two of them were arrested.

Oyeyemi disclosed that a distress call had been received by the police in Onipanu that “the village was under attack by men suspected to be land grabbers, numbering about sixty and armed with dangerous weapons.”

The President, Muhammadu Buhari on Tuesday arrived in Paris, the capital of French, ahead of the three-day Paris Peace Forum which will hold from November 11-13, 2021.

This was announced by the Special Adviser to the President, Femi Adesina, in a statement titled ‘President Buhari Arrives Paris For Official Visit, Peace Forum.' 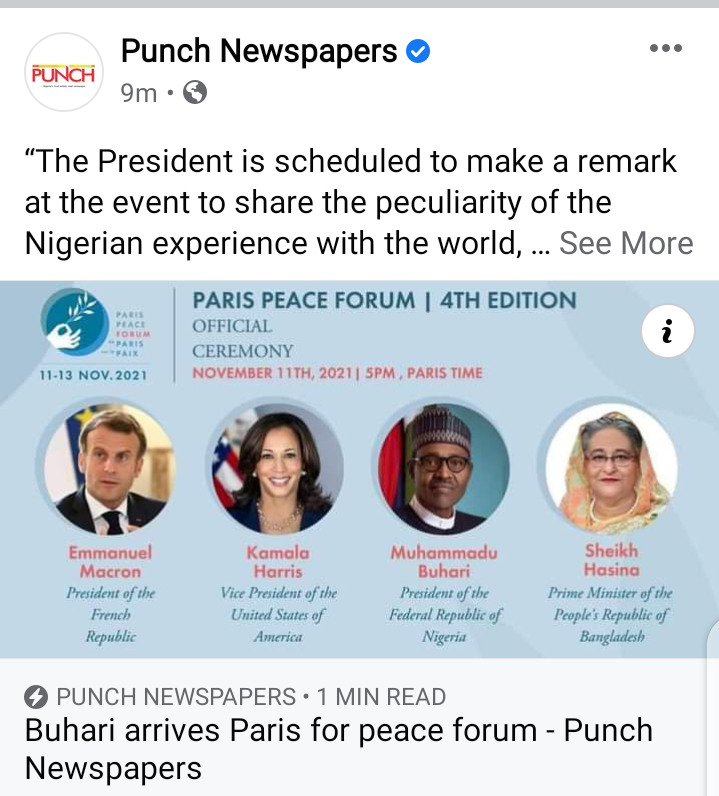 According to the statement, Buhari will be a guest to the French President, Emmanuel Macron, at Palais de l’Élysée, before the peace forum.

The statement partly read, “During the official visit on Wednesday, President Buhari will meet with his French counterpart to discuss issues of mutual interest for both countries, particularly on strengthening economic ties, improving partnership on security, and working jointly on education, health, and halting the threats of COVID-19 to the global economy.

Two people were killed by gunmen at a traditional wedding ceremony at Uquo community in Esit Eket LGA of Akwa Ibom.

According to NAN, Usoro Akpanusoh, a member of the state house of assembly, confirmed the incident on Tuesday. 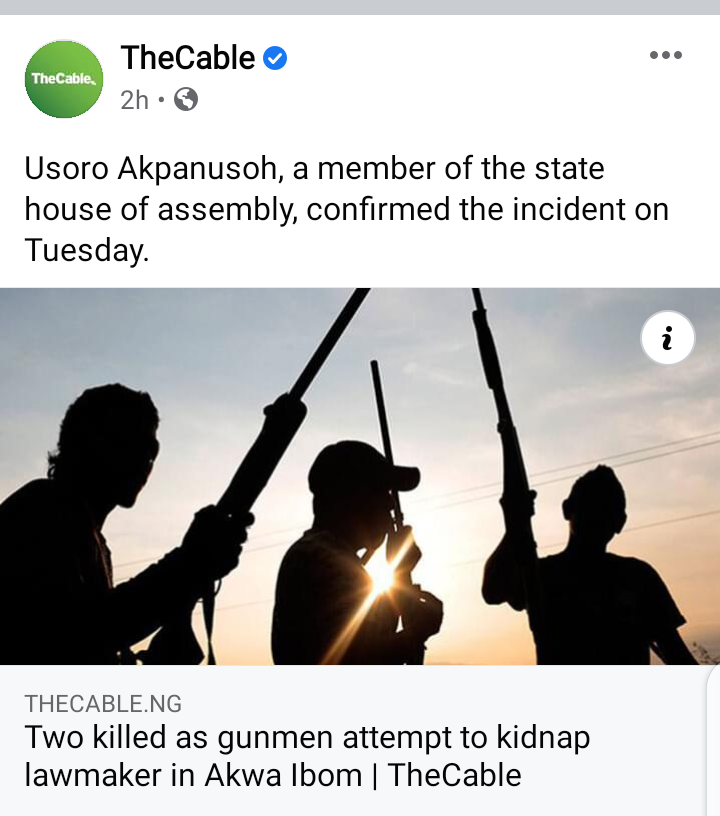 Akpanusoh said the gunmen came to the ceremony with the intent to abduct him, but he was lucky to escape after struggling with one of them.

“I went for traditional marriage in Uquo in Esit Eket with the family of the deputy political leader of Peoples Democratic Party (PDP) in my ward,” he said.

"After staying for about 40 minutes, I bade the couple goodbye and approached my car."

A clean copy of the electoral amendment Bill will be transmitted to President Muhammadu Buhari for assent within 7days, the spokesperson of the House, Ben Kalu has disclosed.

Mr Kalu briefed journalists on Tuesday after the House adopted the report of the joint committee on the electoral bill.

The House had adopted the report of the Akeem Adeyemi conference committee which he laid on Tuesday. 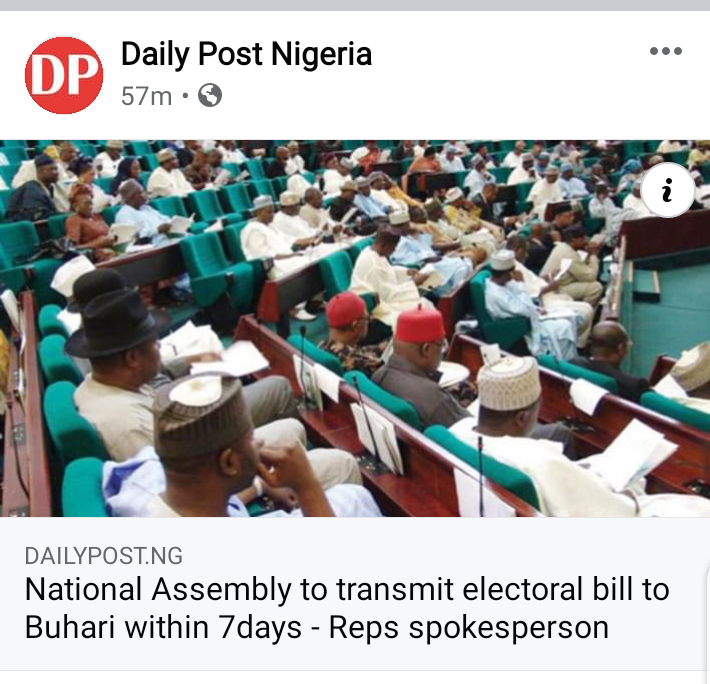 Kalu, who appeared alongside Mr Adeyemi, said the lawmakers have done their parts and it is now left for the president to assent.

“Today, we have asked the bureaucrats to pass the ball to the executive. Within the 7days or thereabout, this particular piece of legislation will be migrating to the president, who is interested in seeing that democracy is grown in Nigeria.