By OjoWrites (self media writer) | 7 months ago

PREMIUM TIMES has obtained a pamphlet that was widely distributed in Giedam by Boko Haram members prior to the town's attack. 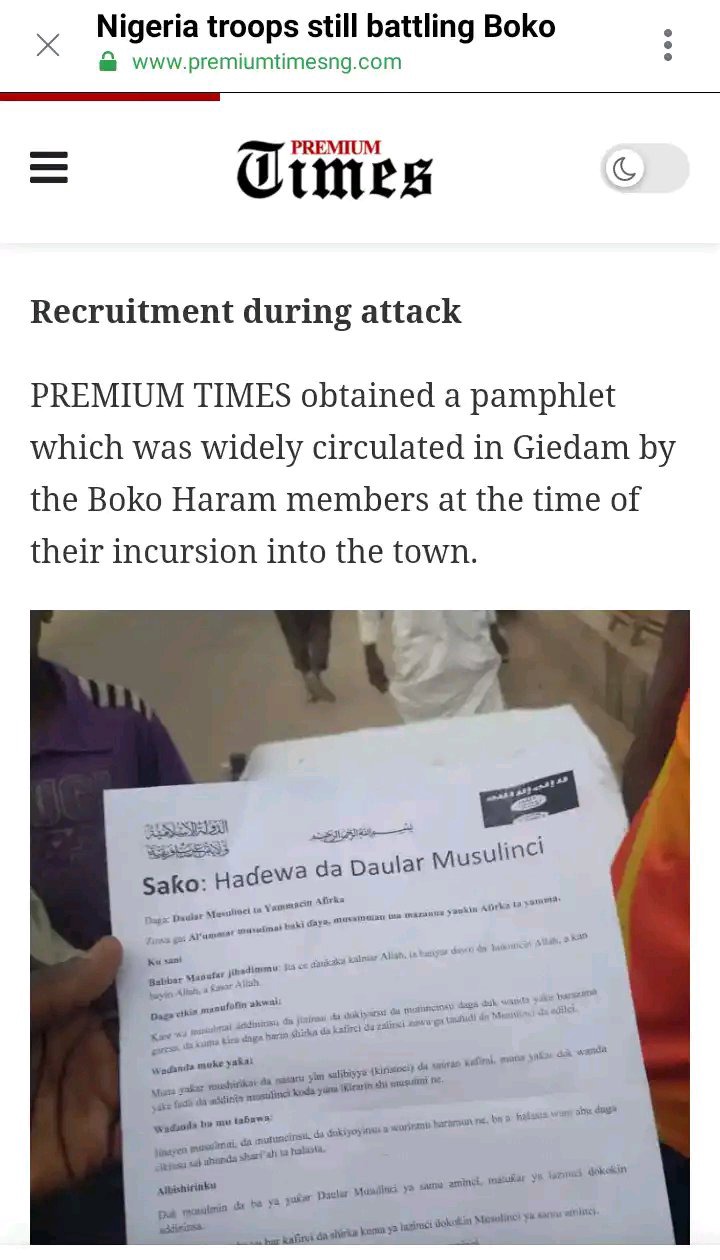 In the pamphlet, which was boldly written in Hausa, the terror group urged people to join the sect and fight for Jihad. The group also stated their goal for the war and promised to assist anyone who agreed to participate.

Boko Haram's attempt to capture Geidam town was foiled by the military yesterday, but residents tell Premium Times that heavy fighting is still going on as of Saturday morning. 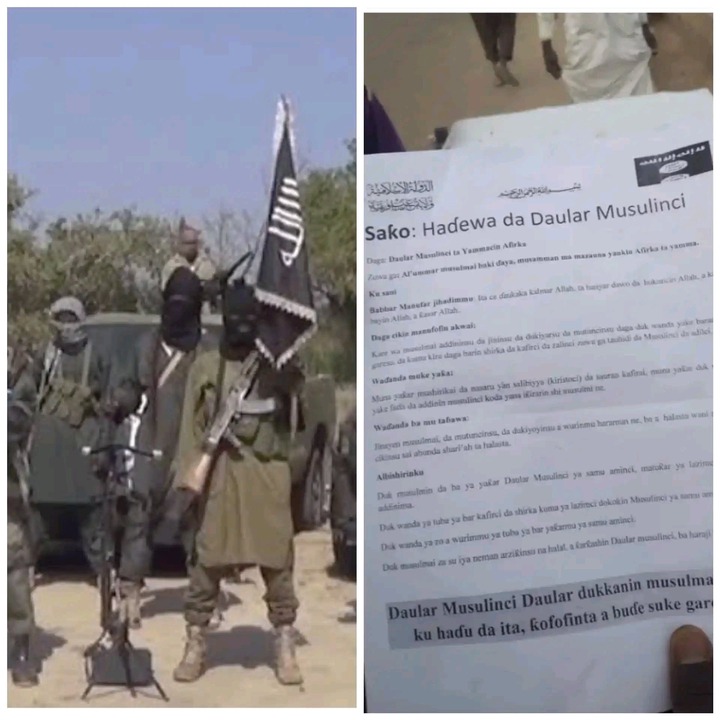 According to reports, the group captured a primary school in the town and used it as an operational base for attacks against Nigerian troops.

During an attack in Geidam Town, Boko Haram distributes recruitment forms. Residents of the town reported that both sides have suffered casualties, but the exact number is unknown at this time.

My questions is Why can't Nigeria government command airforce to use plane and bomb them all?