There was heavy shooting in Owerri, the capital of Imo State on Monday as gunmen returned to the city. 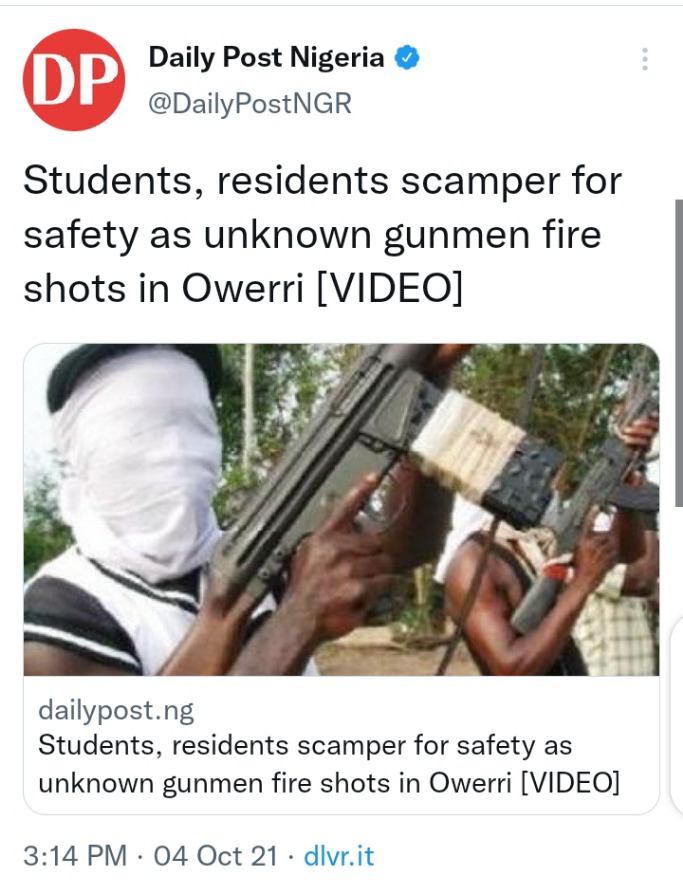 The gunmen shot sporadically in different areas of the city as residents and road users scampered for safety.

According to DAILY POST, some of the affected areas included First Bus Stop Irete, Owerri West LGA, the area around Douglas and Wethral roads, the Akwakuma axis, and the Control Post junction.

Students from the school were sent home, and they were seen among those fleeing for safety.

The Nigerian Army has launched three nationwide exercises, codenamed "Golden Dawn," "Enduring Peace," and "Still Water," aimed at combating all forms of criminality in the country. 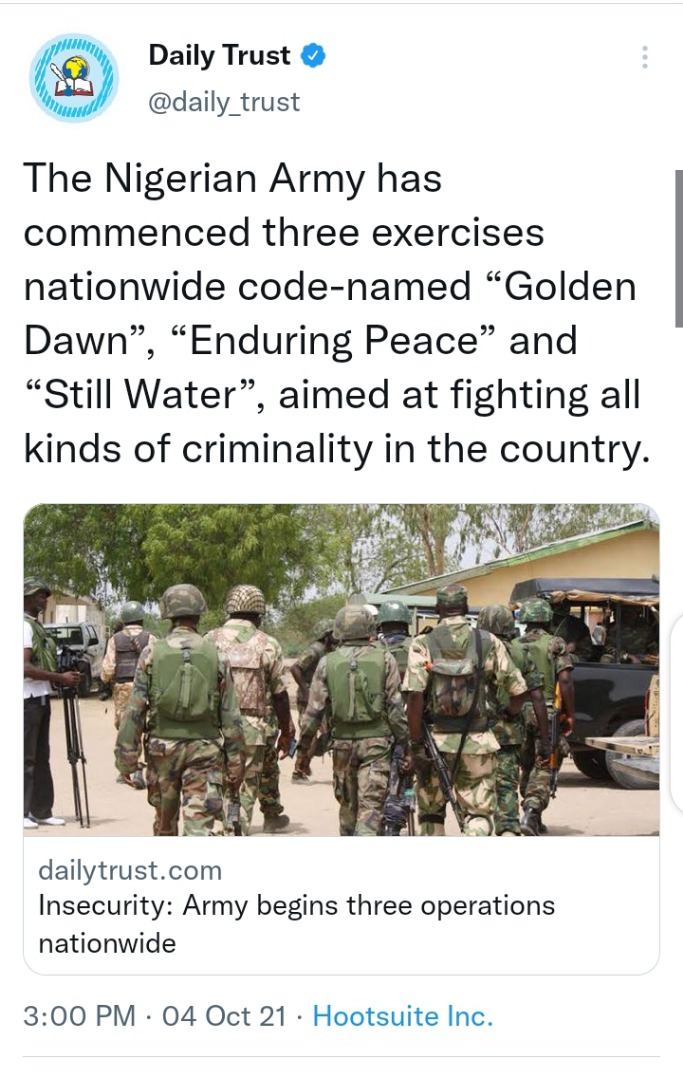 According to Brigadier General Onyema Nwachukwu, Director of Army Public Relations, the Chief of Army Staff, Lieutenant General Faruk Yahaya, would flag off all exercises in Enugu State.

Nwachukwu explained that the operations were designed to effectively check all forms of criminality and allow for free movement of persons during the Yuletide. 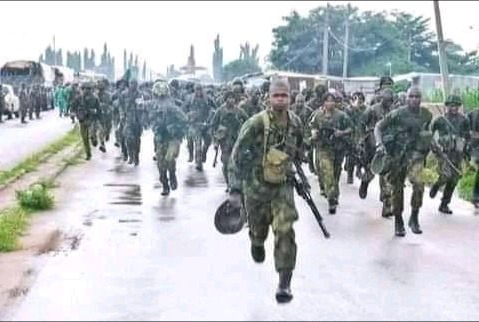 We will continue to demolish criminal houses in Kogi ― Gov Bello

Alhaji Yahaya Adoza Bello, Governor of Kogi State, has vowed that his administration will continue to destroy houses and properties linked to criminal elements in the state. 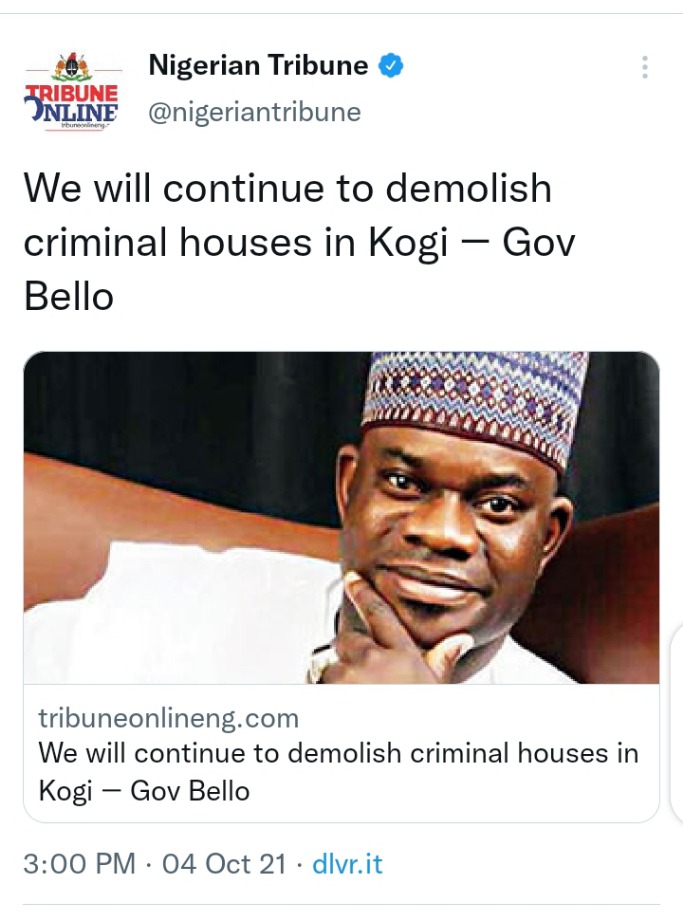 Bello made the announcement on Monday at the flagging off ceremony of the Nigerian Army's exercise enduring peace in Zariagi and Kabba junction, Adavi Local Government Areas of Kogi State.

Bello who maintained that his administration will leave no stone unturned to destroy all criminal hideouts in Kogi State commended the Nigerian Army under the Chief of Army Staff LT, Gen. Farouk Yahaya, for reinstalling courage on Nigerians in their recent onslaught on insurgency, banditry bedevilling the nation today. 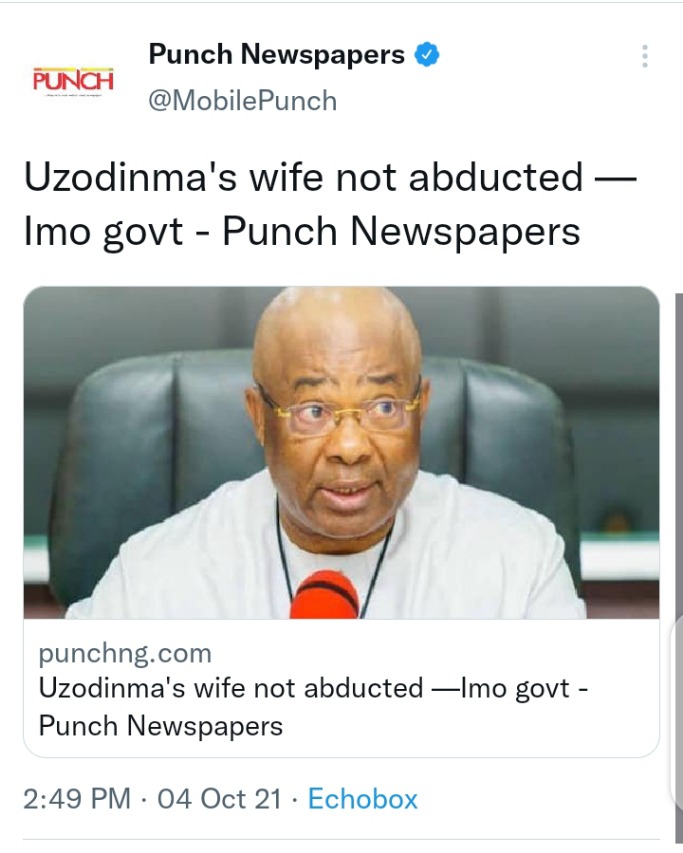 Declan Emelumba, the state Commissioner for Information and Strategy, told The PUNCH that the rumour's sponsors are "devils' agents."

According to Emelumba, those who do not wish the state well are the same people who spread the abduction rumor.