By Dorasky (self meida writer) | 23 days

The rate of Insecurity in the country have increased, almost every region of the country is faced with one Security challenge or the other. The north east, is the region that have been experiencing heavy Insecurity issues for a long time now. The Minister of Defence, Magashi Bashir, paid a visit to the troops that are in Maiduguri fighting Boko Haram, and gave them some words of encouragement. The Chief of Defense staff, also accompanied the minister to pay a visit to Operation Lafiya Dole. 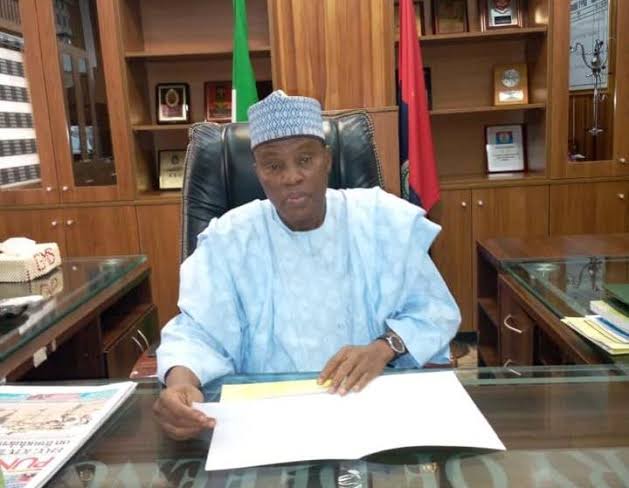 Magashi Bashir in his statement to the troops, told the soldiers that they shouldn't be afraid of Bullets. According to Channels Television, the Minister while charging the troops told them that, the should not fear bullet, and it will come go. The reason why Magashi told them to be fearless in the sight of bullet is that, he believes that anyone that is not meant to die by a bullet will never die by it. But for those that will die by the Bullets, even if they are in their bedroom, bullets will still meet them. 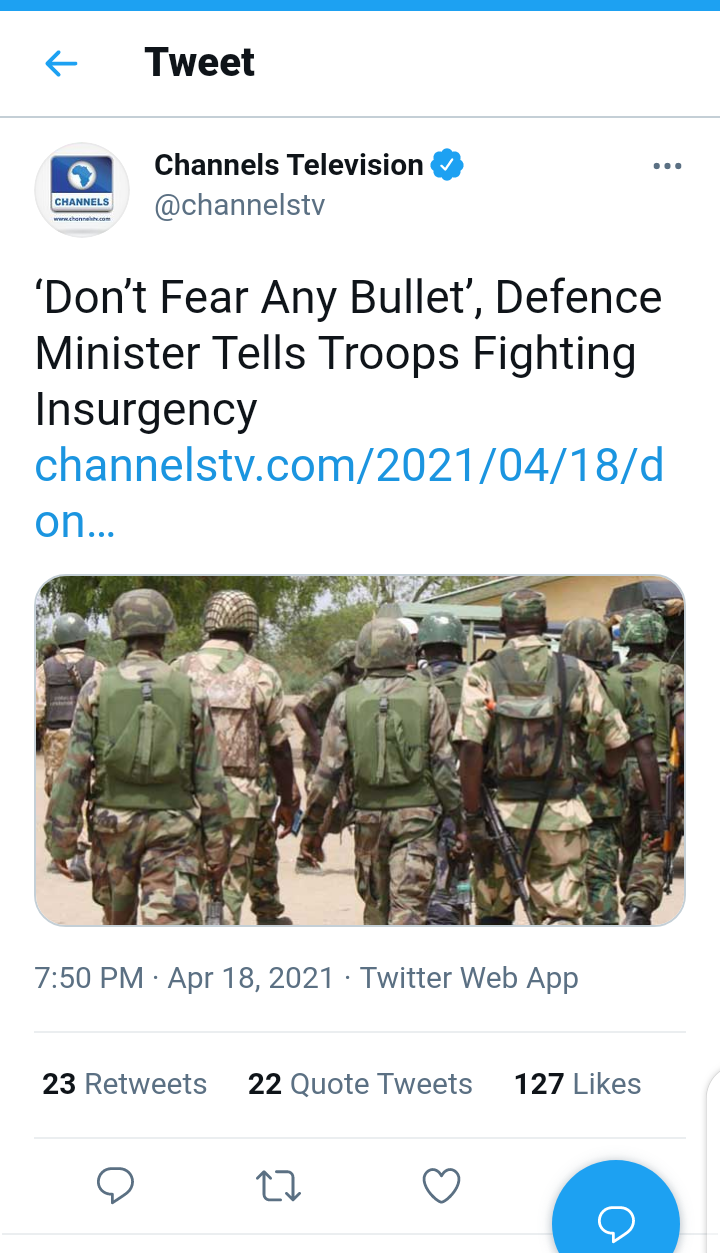 They were a lot of mixed reactions from people about what the minister told the Troops, here are some mixed Reactions below.

Famous Music Producer, Don Jazzy Shows Off The Interior Decorations Of His Office In Lekki (Photos)

A Day To Ramadan, Check Out These Stylish Ankara Long Gowns In Vogue

Do You Want To Upgrade Your Wardrobe? See 50 Fashionable And Uncommon Outfits