Today's Headlines: Buhari not aware of threat to kidnap him until I told him–El-rufai; Bandits attack Owo

By Healthmaster3 (self media writer) | 15 days ago 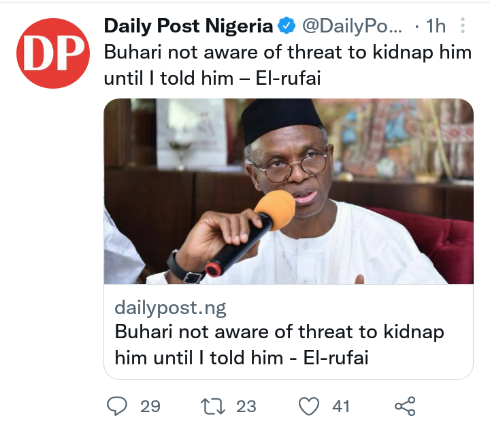 DAILYPOST recalls that the terrorists on Sunday July 24, 2022, after they had flogged the remaining 43 Abuja-Kaduna train victims in the forest, vowed in a trending video to capture Buhari and El-rufai.

Governor El-rufai, on the other hand, claimed on a radio program on Wednesday night that he had been cautioned to be cautious. 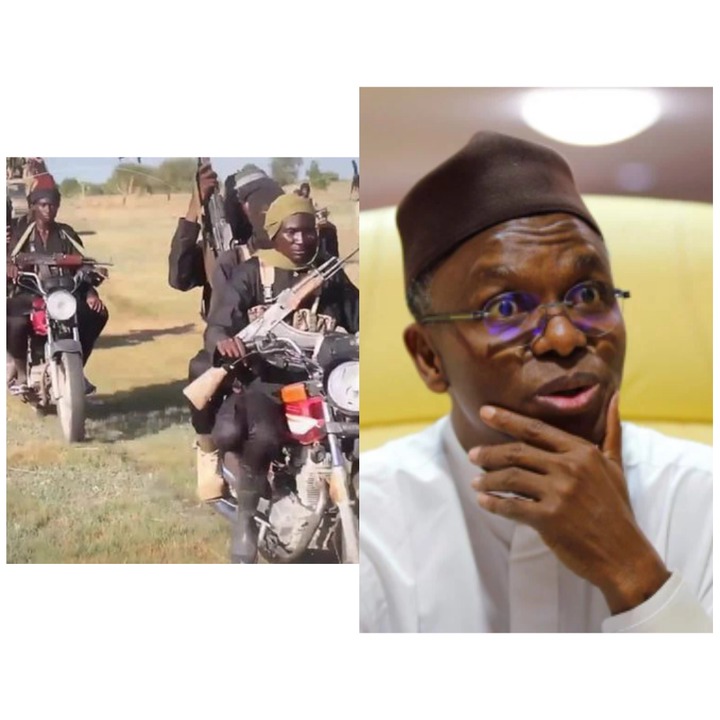 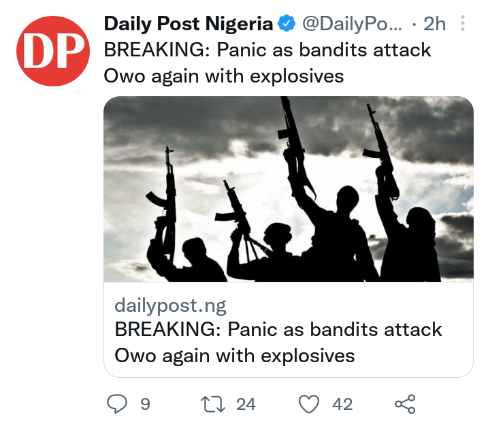 At the town’s Folahami Junction axis, where Craneburg Construction Company was located, the gunmen were said to have opened fire on everyone on sight.

Sources told DAILY POST that during the attack, the gunmen also set off explosive devices.

ASUU strike: I will sack all Kaduna lecturers –El-Rufai 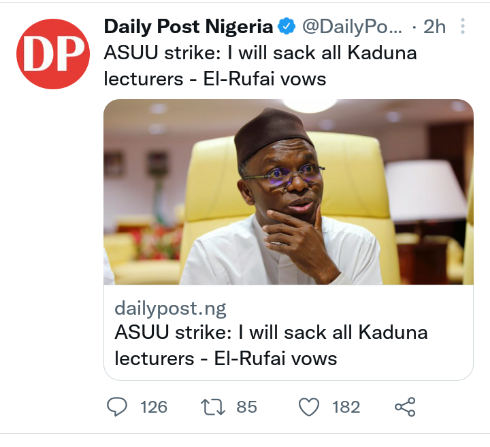 Governor Nasir El-Rufai of Kaduna State has threatened to sack all the Kaduna State University (KASU) lecturers if they continue to observe the Academic Staff Union of Universities (ASUU) strike.

DAILY POST reports that ASUU has been on strike since February over the failure of the federal government to meet its demands.

Many attempts by the administration to compel lecturers to return to the classrooms have so far failed.

On Monday, labor unions across the country began protesting in solidarity with ASUU.

However, speaking on a radio show in Kaduna on Wednesday, El-Rufai advised teachers to return to their classrooms to avoid having their seats declared vacant, adding that KASU lecturers had no cause to join any strike.

Transfer: No club wants you –Cristiano Ronaldo told to stay at United. 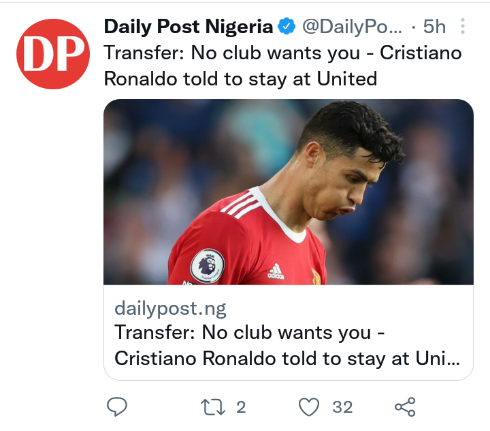 Manchester United striker, Cristiano Ronaldo has been told to make do with the Europa League at the club as nobody wants to sign him.

With less than two weeks until the start of the new season, the Portugal international's future at Old Trafford remains uncertain.

However, despite his desire to join a Champions League squad ahead of the new season, the 37-year-old football legend has been forced to accept that he will remain with his current employers.