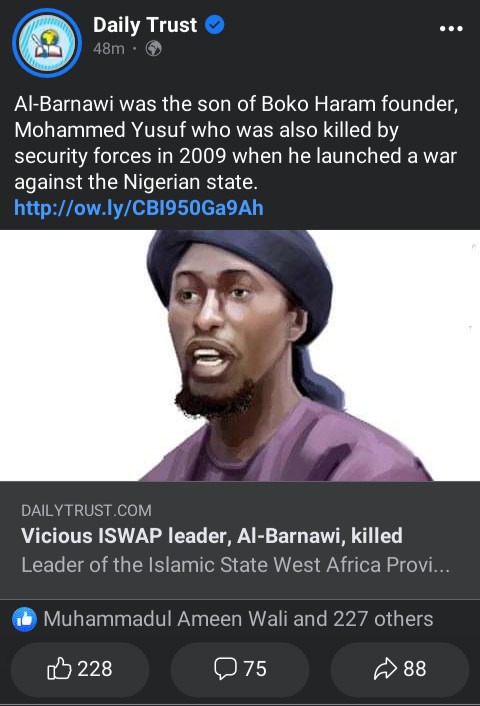 Al-Barnawi was the son of Boko Haram founder, Mohammed Yusuf who was also killed by security forces in 2009 when he launched a war against the Nigerian state.

More than one thousand people died during the uprising. 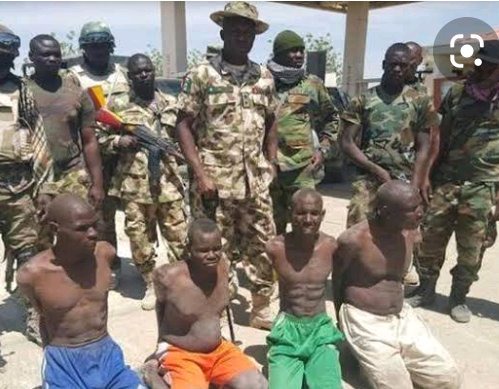 The Delta State Police Command has arrested three suspected armed robbers and cultists in the state. 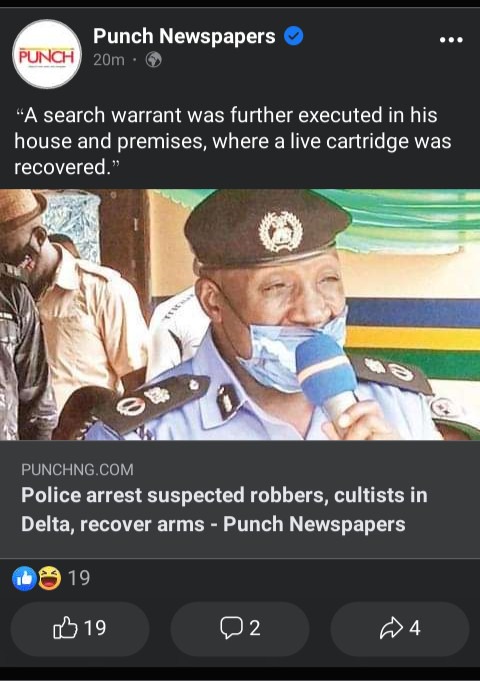 The state Police Public Relations Officer, DSP Bright Edafe, who stated this on Tuesday in Asaba, the state capital, noted that arms and ammunition were recovered from the suspects.

The Ekiti State Government has issued a notice to quit to people illegally occupying pieces of land acquired by it for agricultural purposes. 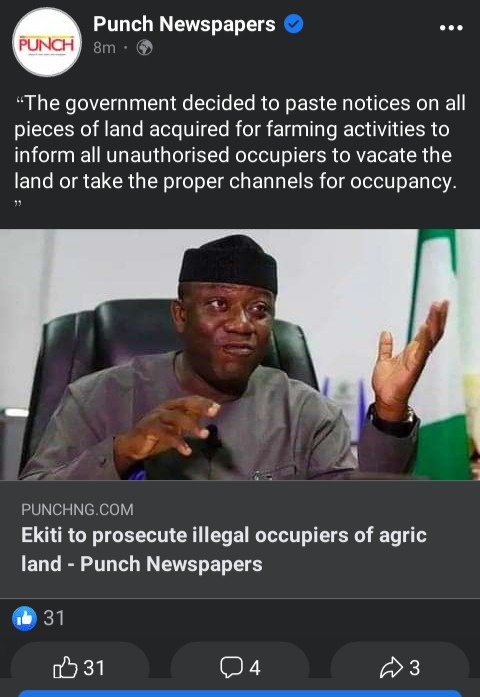 The Commissioner for Agriculture, Dr Olabode Adetoyi, who lamented that most of the pieces of land acquired for agricultural and other purposes had been indiscriminately encroached upon, warned against further trespass.

Adetoyi, represented by the Director of Land Services in the ministry, Mr Akanni Bello, spoke when a team from the Bureau of Land Services and the Ministry of Agriculture went to erect cautionary notices on land acquired by the state government at Ipao-Ekiti, Isan/Ayede and other areas categorised as agricultural zones in the state.

The Kaduna State Police Command has confirmed the bandits’ abduction of the Emir of Bungudu, Alhaji Hassan Attahiru, and scores of others along the Kaduna-Abuja highway on Tuesday. 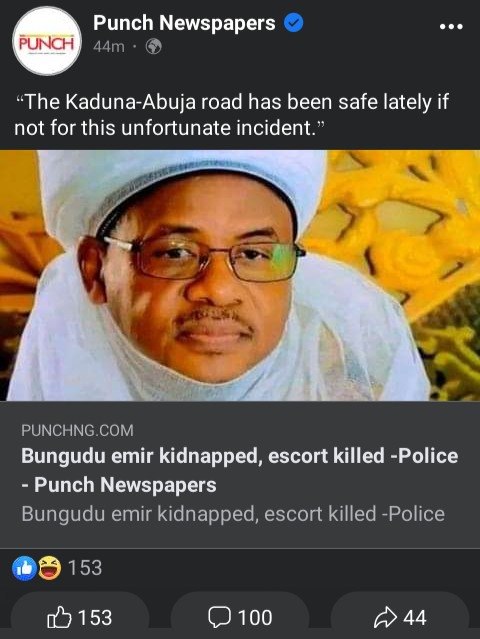 The command’s spokesman, Mohammed Jalige in a statement on Tuesday night(11:54 pm) said a police officer was killed during the attack.

He said four vehicles belonging to the entourage of the monarch were recovered from the scene of the incident.

A bill for a law to impose and charge Value Added Tax (VAT) on certain goods and services, provide for administration of the tax and for related purposes scaled second reading at Ogun State House of Assembly on Tuesday. 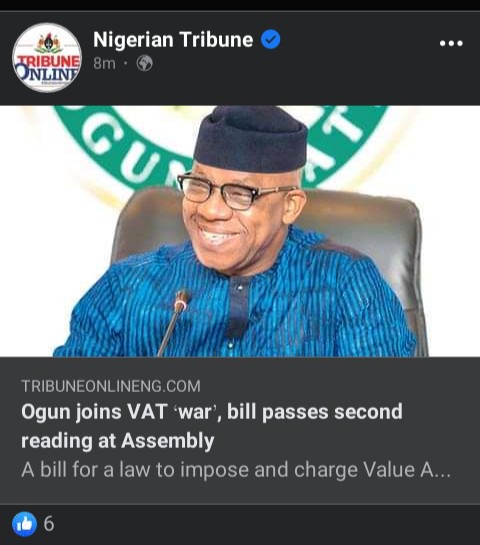 Mr Deji Adeyemo, clerk of the Assembly, read the bill for the first time during plenary session in Abeokuta, while the Majority Leader, Mr Yusuf Sherif, moved the motion for the second reading which was seconded by Mr Ganiyu Oyedeji, the News Agency of Nigeria (NAN) reported. 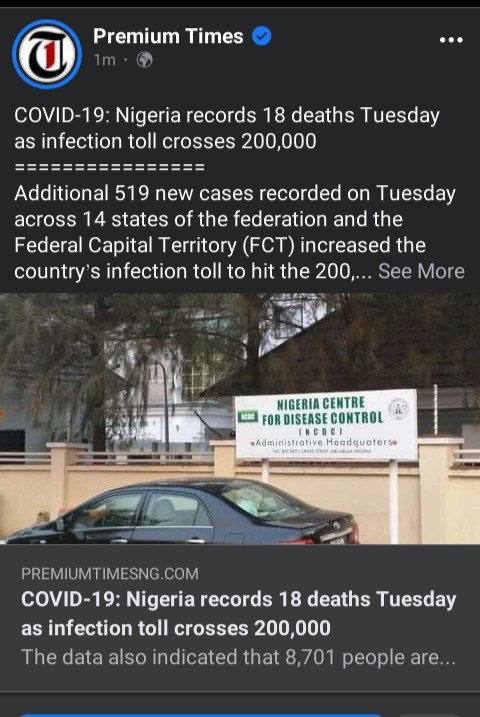 The Nigeria Centre for Disease Control(NCDC) gave the statistics on its Facebook page on Tuesday night, saying the additional 18 deaths have increased the nation’s death toll to 2,637 while the total infection figure now stands at 200,057.

Additional 519 new cases recorded on Tuesday across 14 states of the federation and the Federal Capital Territory (FCT) increased the country’s infection toll to hit the 200,000 figure.