By Naplibs (self media writer) | 1 month ago

The federal government have secured a Super Tucano aircraft from the U S. This craft will used to fight terrorism in the northeast where Boko Haram terrorists have engaged the Nigerian state in a decade-long insurgency killing thousands and displacing millions. 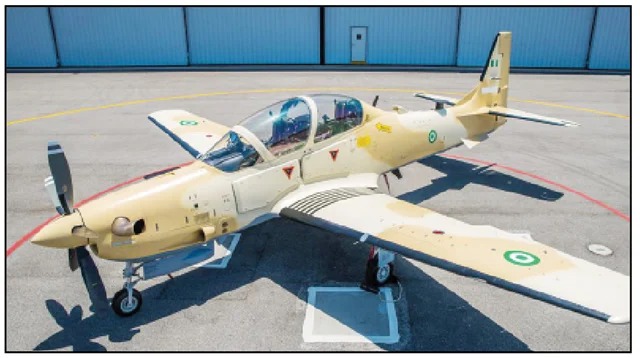 The US military warned the federal Government not to deploy the security equipment in the South-East despite the designation of the proscribed Indigenous People of Biafra as a terrorist organisation and the setting up of the armed Eastern Security Network by IPOB.

The South-East has been the epicentre of a secessionist agitation threatening to break up the country.

The Federal Government had ordered 12 A-29 Super Tucano aircraft to aid its war against Boko Haram terrorists in the North-East. The aircraft were said to have cost $423m.

During a brief meeting with journalists earlier in the week, the US Principal Deputy National Security Advisor, Jonathan Finer, made it clear that the sale of the 12 Tucano aircraft were explicit. When asked if the Tucano fighter planes will be deployed against secessionists in the South-East, Finer said the planes were an important platform for security, particularly in the North.