According to a report from Sahara Reporters, Taliban special forces dressed in camouflage fired their weapons into the air on Saturday, bringing an abrupt and terrifying end to the latest protest march in the capital by Afghan women demanding equal rights from the new rulers.

The second women's march in Kabul in as many days began peacefully. Before marching to the presidential palace, demonstrators laid a wreath outside Afghanistan's Defense Ministry to honour Afghan soldiers who died fighting the Taliban. Last month, Taliban fighters quickly captured the majority of Afghanistan and celebrated the departure of the last US forces after 20 years of war. The insurgent group is now in charge of a war-torn country that is heavily reliant on international aid.

The Taliban promised a more inclusive government and more moderate Islamic rule than they did when they ruled the country from 1996 to 2001. However, many Afghans, particularly women, are deeply sceptical and fear a reversal of the rights gained over the last two decades.

The Taliban whose agenda remained hidden had promised to rule with justice and fairness, but with the way things are going, it seems that the reverse is the case. The Taliban government seem not to be opened to empowering Afghan women. 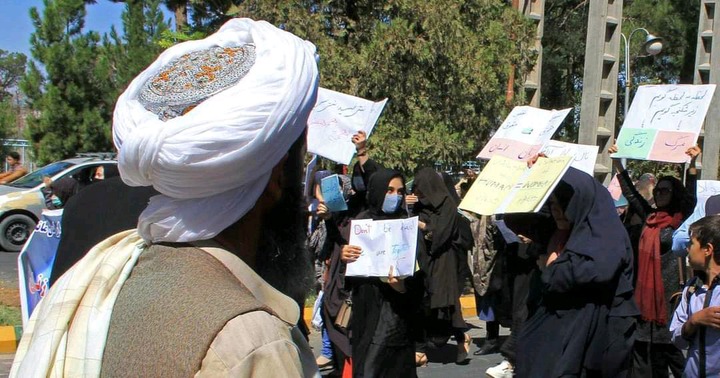 Meanwhile, the young women demonstrators said they had to defy their worried families to continue their protests, even sneaking out of their homes to present their demands for equal rights to the new rulers.

Farhat Popalzai, a 24-year-old university student, said she wished to be the voice of Afghanistan's voiceless women, those who are too afraid to walk down the street. Is the Taliban truly open to rule with justice and fairness? Will the Taliban government be opened to listen to the cry of those who got no voice?