Following what happened in Israel recently, many people has reacted to the incidents indifferently.

Aisha Yesufu stated something in regards to the lives of those Palestinians involved.

@AishaYesufu on Twitter stated "Injustice to one is injustice to all. Palestinian lives do matter. Let's never forget that!"

This reaction of Aisha Yesufu led to many Twitter users commenting on her statement. 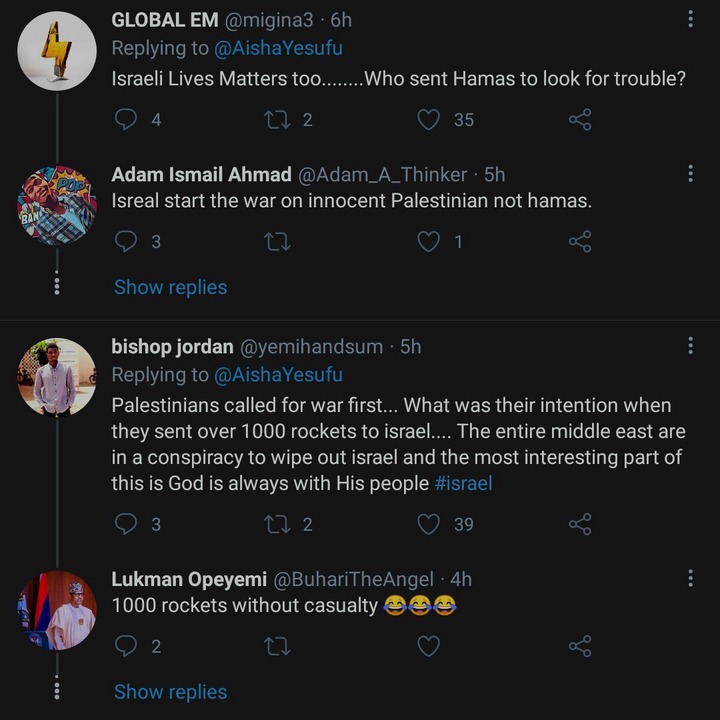 @migina3 on Twitter stated "Israeli lives matters too. Who sent Hamas to look for trouble?"

@Adam_A_Thinker on Twitter stated "Israel start the war on innocent Palestinian not Hamas."

@yemihandsum on Twitter stated "Palestinians called for war first. What was their intention when they sent over 1,000 rockets to Israel. The entire middle East are in a conspiracy to wipe out Israel and the most interesting part of this is God is always with his people." 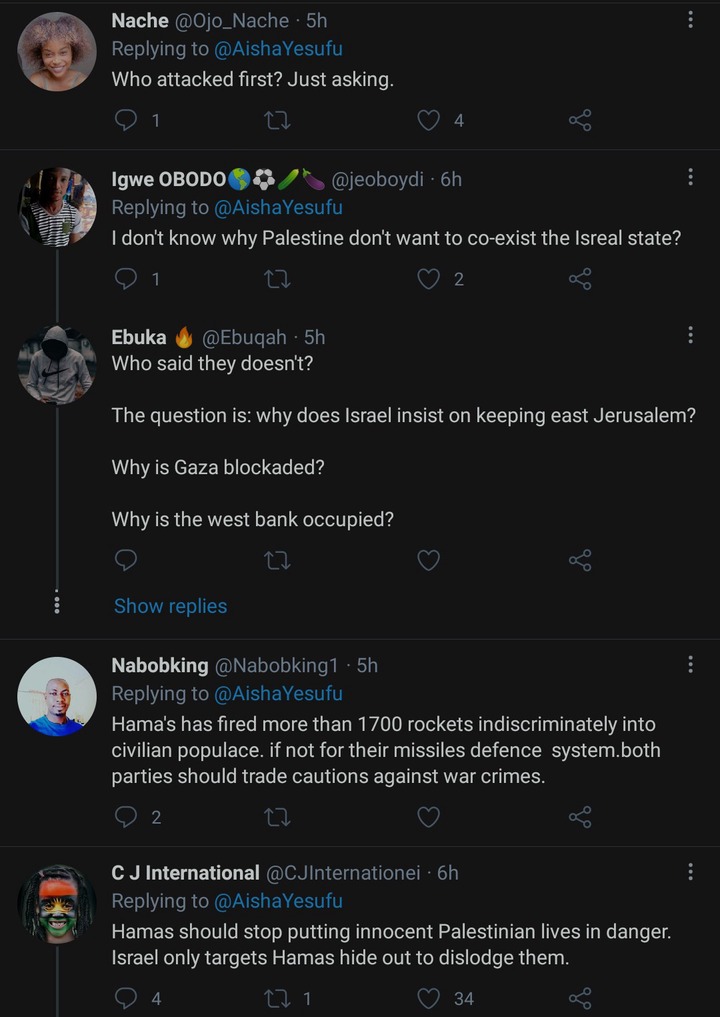 @jeoboydi on Twitter stated "I don't know why Palestine don't want to coexist the Israel state?"

@Nabobking1 on Twitter stated "Hama's has fired more than 1,700 rockets indiscriminately into civilian populace. If not for their missile defence system. Both parties should trade cautions against war crimes."

@CJInternationei on Twitter stated "Hamas should stop putting innocent Palestinian lives in danger. Israel only targets Hamas hide out to dislodge them." 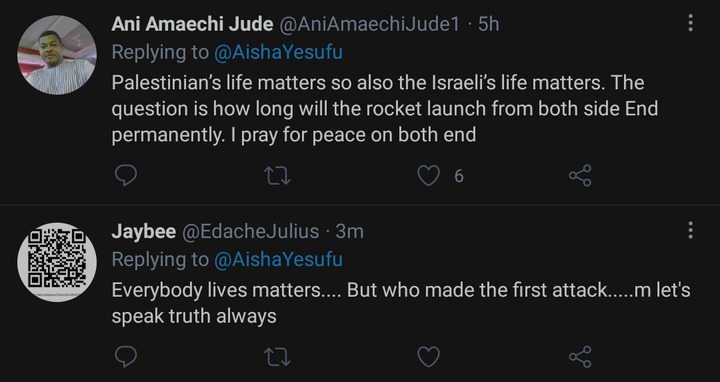 @AniAmaechiJude1 on Twitter stated "Palestinian's life matters so also the Israeli's life matters. The question is how long will the rocket launch from both side end permanently. I pray for peace on both end."

@EdacheJulius on Twitter stated "Everybody lives matters. But who made the first attack. Let's speak truth always." 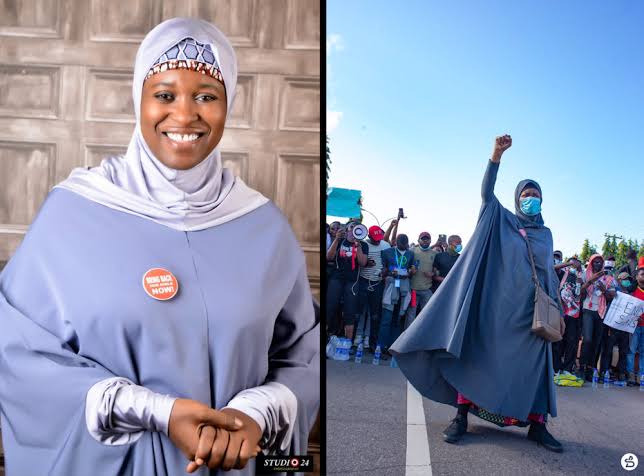 "Olamide why are you so arrogant, what kind of album did you just release? - Basket Mouth asks

Reactions As Popular TV Host, Chuey Chu Asks Dorathy To Be His Wife, Says All Other Boys Are Useless

Meet Actor Bolanle Ninolowo's Family, He Praises His Mum And Wife For Taking Care Of Him During NYSC