Why ISIS Destroyed The Virgin Mary Church In 2014 In Syria

Everyone knows that ISIS (Islamic State of Iraq and Syria), just like the Talibans, is a worldwide recognized terrorist organization which seeks to inflict nothing but pain and misery on their victims (and if possible, the rest of the world). 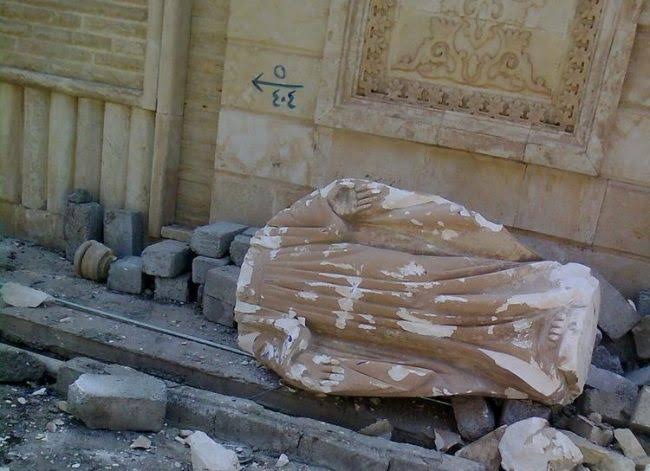 Photo Credit: One of the statues in the church already beaten to pulp by ISIS (Pinterest Images)

Historically, the deliberate looting and destruction of most Arabic cultural heritage has been conducted by men of the Islamic state of Iraq and the Syria as far back as 2014 in Syria, Iraq and to some smaller extent, in places like Libya. 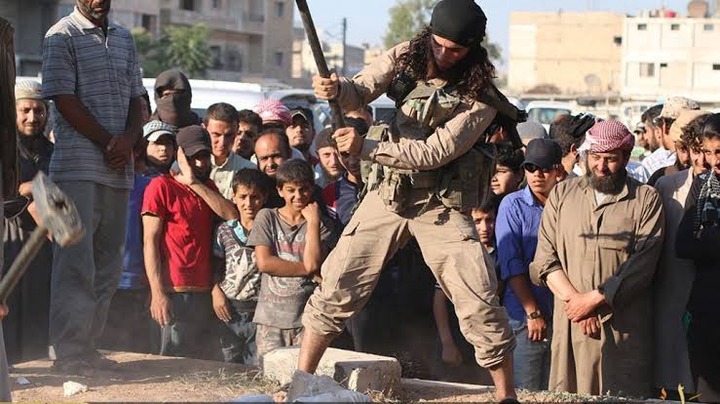 Its important to note that these bloodthirsty extremists are known to usually target and bomb places of worship (which are usually ancient and historical) and in order not to bore you with to much words, I am going to reveal to you why ISIS destroyed a Christian church in Mosul, Iraq called the "Virgin Mary Church":

It is no longer a secret that ISIS (Islamic State of Iraq and Syria) sees any other religion apart from Islam as Haram or abomination; also backed with their hate for Christianity, they have been known to have sacked a lot of Christian churches and communities in Mosul when the region fell to them in 2014. 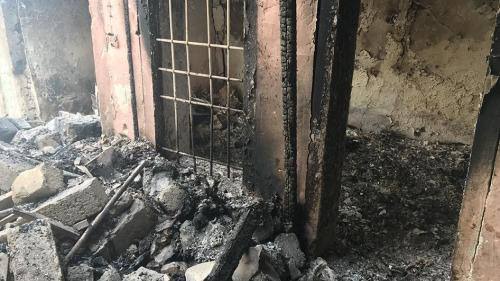 Photo Credit: Flikr Images (The Burnt remains of some part of the church)

It so happened that a church called the "Virgin Mary Church'' which has been regarded as one of the earliest christian churches within Mosul was targeted, set up with explosives and blown to bits my men of the Islamic State of Iraq and Syria. 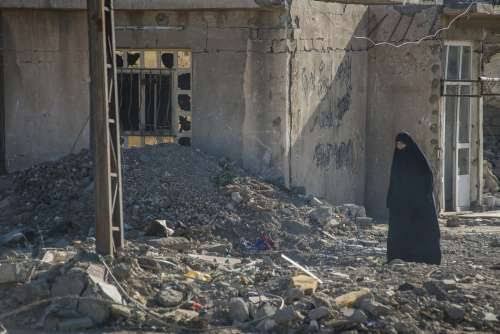 Furthermore, not to long after that they did that, in a broadcast made to Christians within Mosul, an ISIS commander popularly known as Abu Bakr Al- Baghdadi gave the Christians leaving there are ultimatum to leave the province, convert to Islam or risk loosing their heads whilst he urged his followers to loot the properties of any fleeing Christians in Mosul.