By Spankinghot (self meida writer) | 1 months 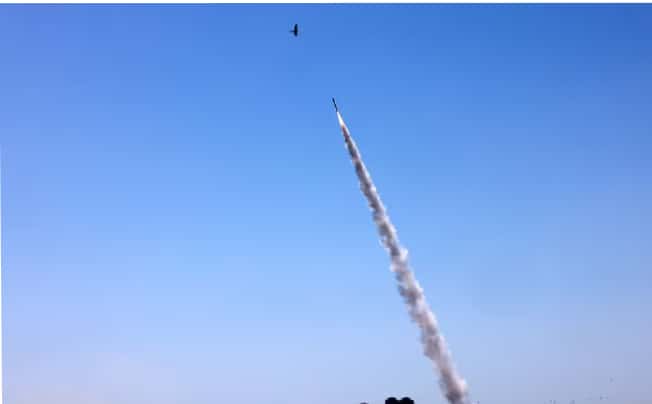 The video which was shared by Benny Johnson on Facebook was videos gotten from individual eye witnesses.

The Iron Dome Missile is a military technology marvel that is launched from Israel whenever rockets are fire from an enemy country and it neutralizes the missile mid air before it touches its targets.

Israel and the Hamas militants group in Gaza, Palestine have been engaged in conflict since Monday and over 83 Palestinians have so far died for which 17 where children according to Aljazeera.

According to the Israeli authorities, over 1,000 rockets have been fired from Gaza since the conflict started and 200 of them fell short of range landing in Gaza and killing its own people. It also noted that the Iron Doom Missile have intercepted about 85 to 90 percent of the missiles fired from Gaza.

The way the Iron Dome missiles intercepts enemy rockets is a really marvel to watch, see it here.

Exactly 1 year ago despite Covid-19 pandemic, I tied the Knot with this woman - Wale Adetona

Before Nightfall, Declare Peace And Success To Your Family With These Book Of Psalm