Insecurity: Despite Saboteuring, Sanctions & Predictions, Nigeria Has Not Gone The Way Of Libya

"Nigeria’s army is mighty on paper. But many of its soldiers are “ghosts” who exist only on the payroll, and much of its equipment is old. The army is also stretched thin, having been deployed to all of Nigeria’s states." - The Economist. They can criticize all they want. The fact is that Nigeria, by no choosing, of its own has become one of the most combat-experienced fighting forces in asymmetric warfare in the world, with lessons learned, refined, and honed on an ad hoc basis with zero support. 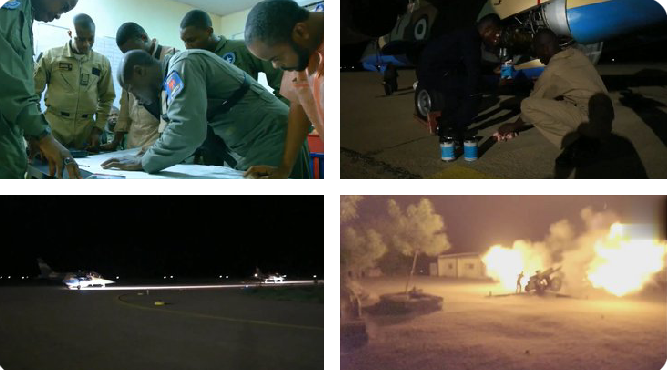 That is why Nigeria has not gone the way of Libya or Syria or Mali. Despite covert saboteurs, sanctions, CIA predictions. To put things into perspective, the week the Obama administration released $500 million to train and equip "FIFTY" "moderate rebels" in Syria in their fight against Assad, the Super Tucano deal with Nigeria was frozen after the NAF accidentally hit a refugee camp that was deliberately used by Bokoharam terrorists to stage attacks, hoping to draw in the counter fire.

The Tucano deal cost $560 million. That's roughly the amount released to Syrian terrorists for free and without preconditions as a show of U.S support and commitment to their cause. In the midst of all this, the Nigerian government still deployed air, ground, and naval forces to enforce democracy in the Gambia.

Does Nigeria ever get the credit it deserves? No. Soon the world will look to Nigeria to provide detailed lessons learned about insurgent tactics and these lessons will be closely studied by military forces all around the world. The Nigerian army's combat experience has taught it many lessons about insurgent tactics and how to deal with an enemy employing asymmetry in a hybrid battlefield. Primary among this is to understand their ideological underpinnings. But these fighters are not motivated by an ideologue.