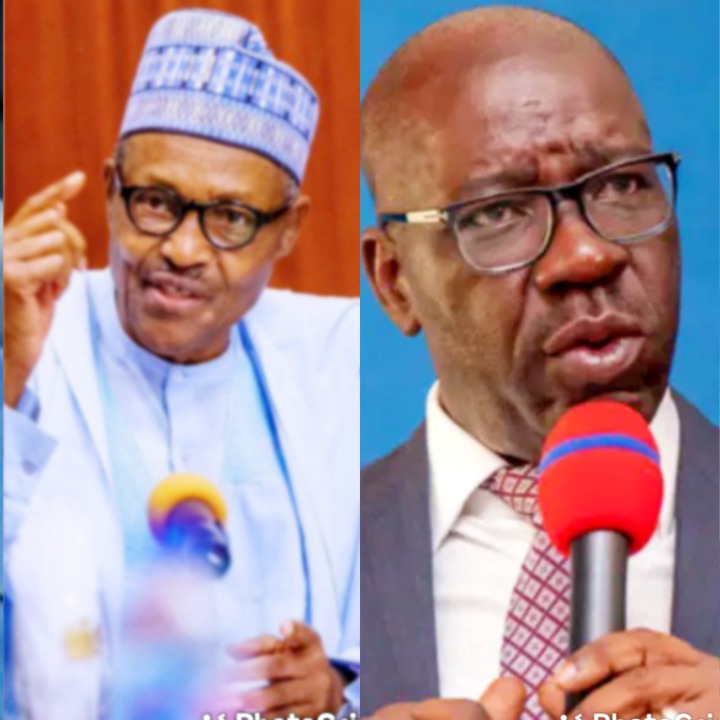 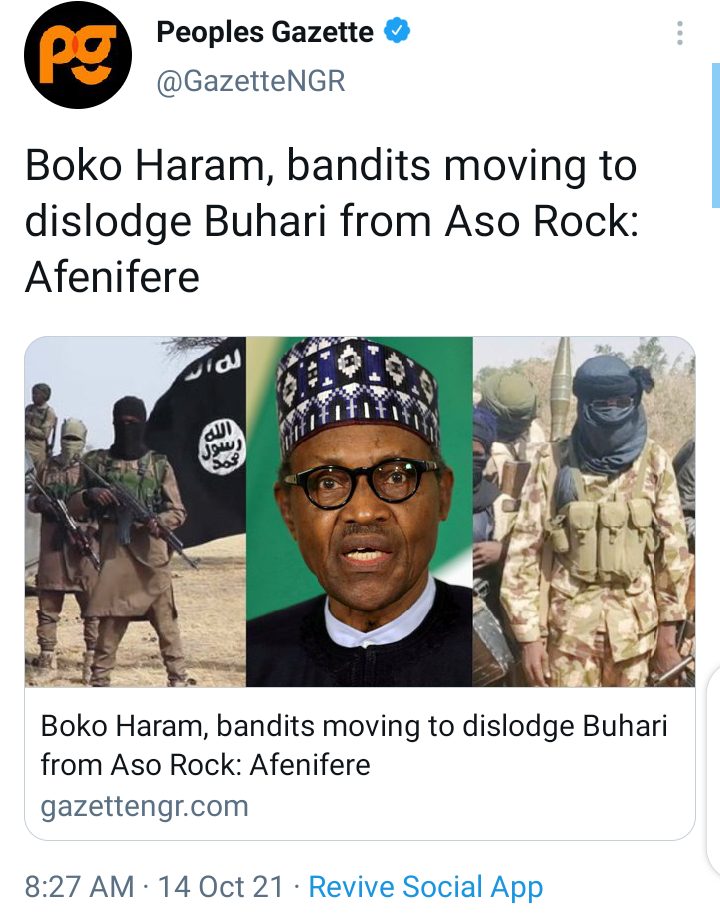 The ongoing rampage by armed bandits and Boko Haram insurgents, especially against police stations and military bases across the country, has overwhelmed the Buhari administration, Afenifere said on Wednesday.

The pan-Yoruba socio-cultural group cited how Boko Haram terrorists set up camps in villages in Kuje, Abuja, and took over about 500 communities in Niger.

Peoples Gazette had previously reported how Boko Haram took over parts of Niger and imposed VAT and income tax on residents of communities in Shiroro.

The group in a statement by its spokesperson, Jare Ajayi, recalled that Nasarawa Governor Abdullah Sule once said Boko Haram had taken over parts of his state.

“He even went further to remind the federal government and security agencies that Nasarawa is very close to Aso Rock, the country’s seat of power,” the group said.

Afenifere said aside from Boko Haram setting up camps in Niger and Nasarawa, bandits had overran large cache of lands in Zamfara, Borno, Kaduna, Benue and Yobe.

“Zamfara, Borno, Kaduna, Benue, Yobe have cache of lands where bandits have established themselves from which they unleash terror on the people and government interests.

“In the South West, Ibadan to Ijebu-Ode highway, parts of Ondo, Ekiti, Ogun and Osun States posted cases of armed attacks and abductions almost on a daily basis. The same way it is happening in Edo State among others,” the group said. 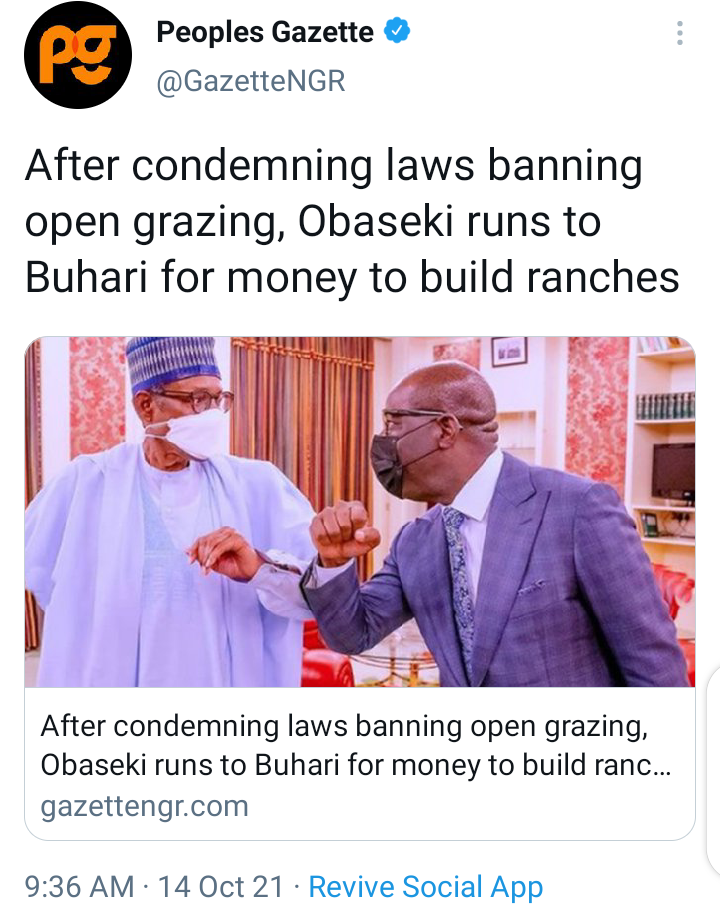 Edo State Governor Godwin Obaseki has called for full implementation of the National Livestock Transformation Programme (NLTP) to address the problem of clashes between farmers and herders.

The governor made the call when he addressed State House correspondents after a closed door meeting with President Muhammadu Buhari at the Presidential Villa, Abuja, on Wednesday.

Mr Obaseki said that the people of Edo had resolved that ranching was a private business and should be treated as such.

He said: “Our people say that as far as they are concerned, ranching is a private business just like every other agricultural venture, therefore, those involved should provide the land.

“As you already know, it is expensive to run and manage ranches.

“So I came to discuss with the President that since the people of Edo would rather invest privately.

“Then, the National Livestock Transformation Programme, which is now being implemented by the Federal Government, should acknowledge our model.

“It should also be able to help Edo people benefit from the funding that is now being made available for people who want to go into the livestock business and have made investments in ranches and other similar livestock programmes.” 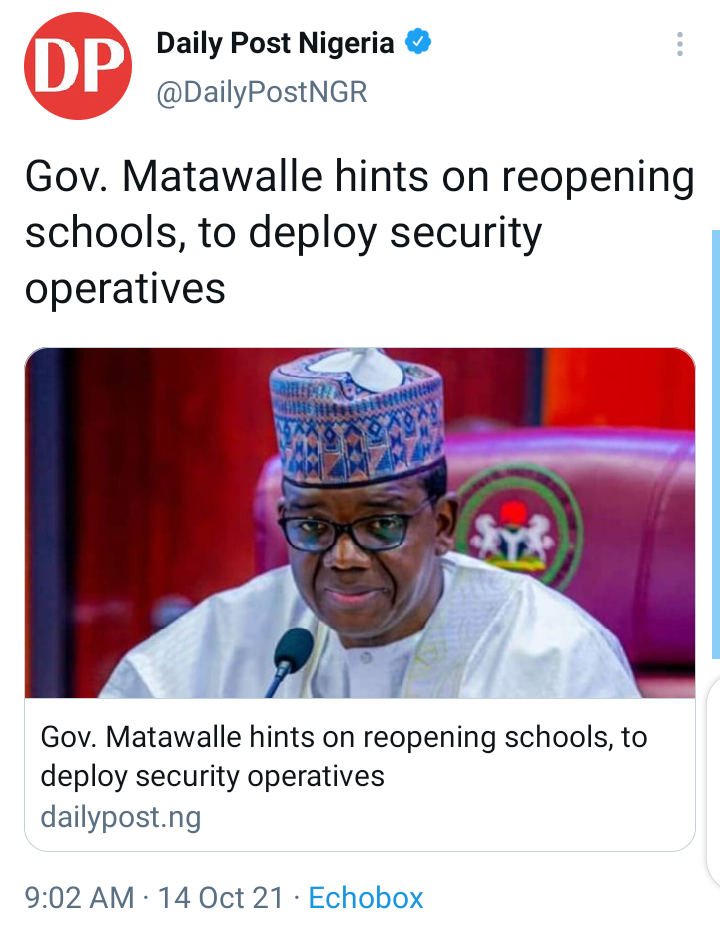 Zamfara State Government has assured of its readiness to deploy security operatives to schools in the State for adequate protection of the students and their teachers.

Governor Matawalle said that it was due to insecurity that forced his administration to shut down all the institutions in the state, saying that he would soon reopen the schools.

He disclosed this when some students paid him a courtesy visit at the Government House in Gusau, the State capital, as part of activities marking the International Day of the Girl Child.

DAILY POST reports that the Governor vacated his seat to Zainab Bello, a J.S.S two student of Unity School, Kortokoshi for almost an hour to act as the Governor of the State.