By Unveiler (self media writer) | 1 month ago 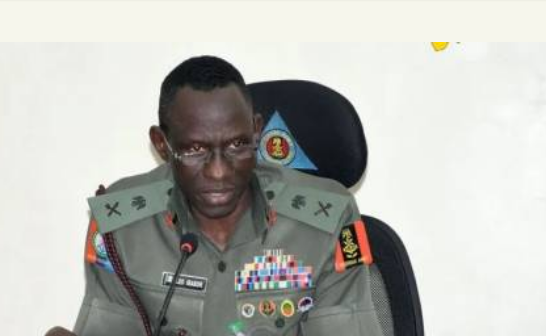 has confirmed the death of the leader of the Islamic State West Africa Province (ISWAP) , Abu Musab Al-Barnawi.

Al-Barnawi was the son of Boko Haram founder, Mohammed Yusuf who launched a war against the Nigerian state. Al-Barnawi was previously the spokesperson for the terrorist group before he later became ISWAP leader following the death of Abubakar Shekau. He is said to have been trained by ISIS.

The Chief of Defence Staff made the confirmation on Thursday while speaking to journalists. He said, "I can authoritatively confirm to you that Al-Barnawi is dead. As simple as that. He is dead and remains dead".

The General however did not disclose how he died or who is responsible for his death and also ISWAP is yet to announce his death formally. Meanwhile it is claimed he died in August of 2021. A version of the story says he was killed by the Nigerian troops while another says he died during a rival war within the ISWAP camp.