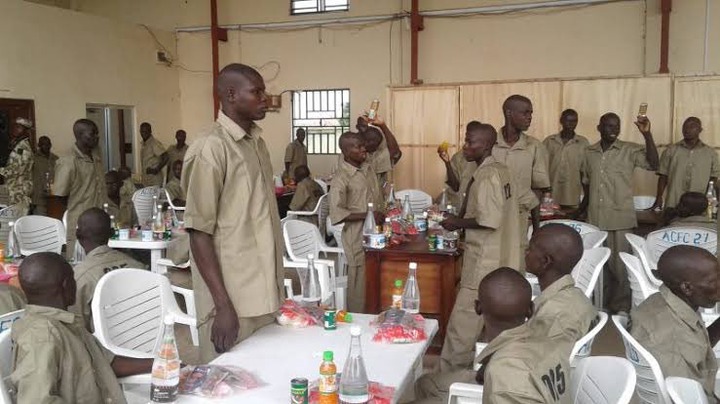 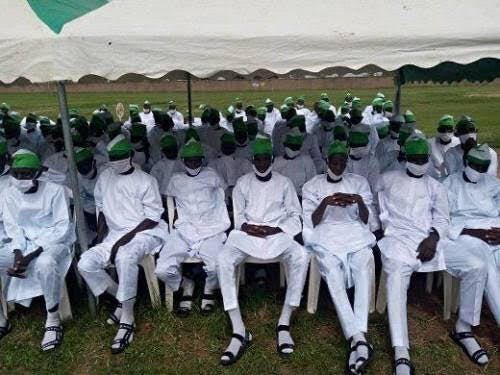 According to The PUNCH, the ceremony was done secretly in the absence of journalists.

The ex-terrorists were handed over to the Commissioner for Women's Affairs and Social Development, Hajiya Zuwaira Gambo, who represented the state government at the event.

According to an anonymous source in the military, the ex-terrorists have undergone rehabilitation in military custody at Giwa Barracks in Maiduguri, the Borno State capital.

However, Nigerians on social media have reacted to the release of the fighters by the military authorities.

See some reactions below.

Franklin said: "People are clearly making from this conflict. They have no intention of seeing this war with BH end anytime soon."

Yusuf said: "The people celebrating the illicit arrest and massacre of youths under the disguise of attacking IPOB won't see this as a threat to their regional security."

Adewale said: "When will our Southern leaders understand that there is a clear war of tribalism here? They should better wake up and support their people and fight this rubbish" 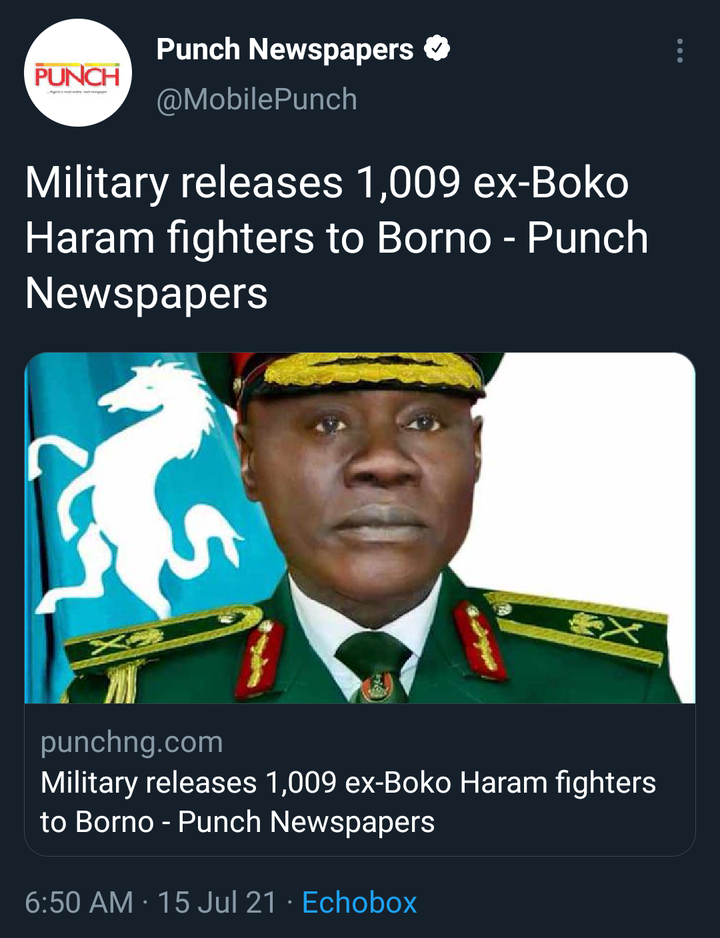 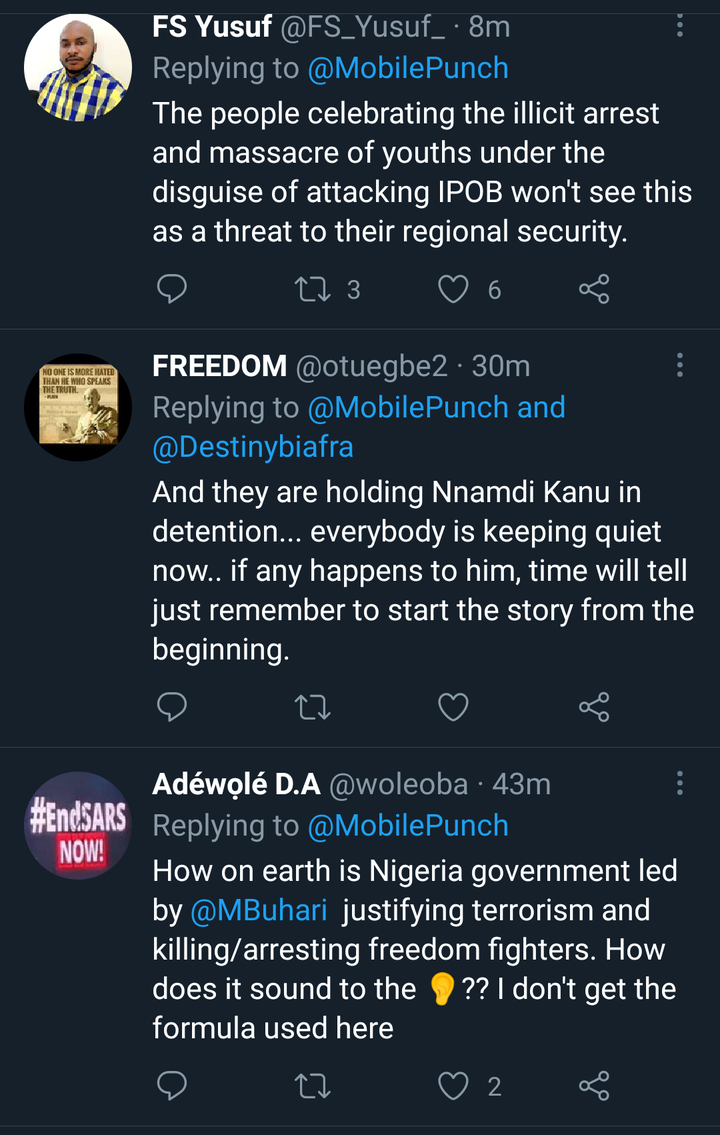 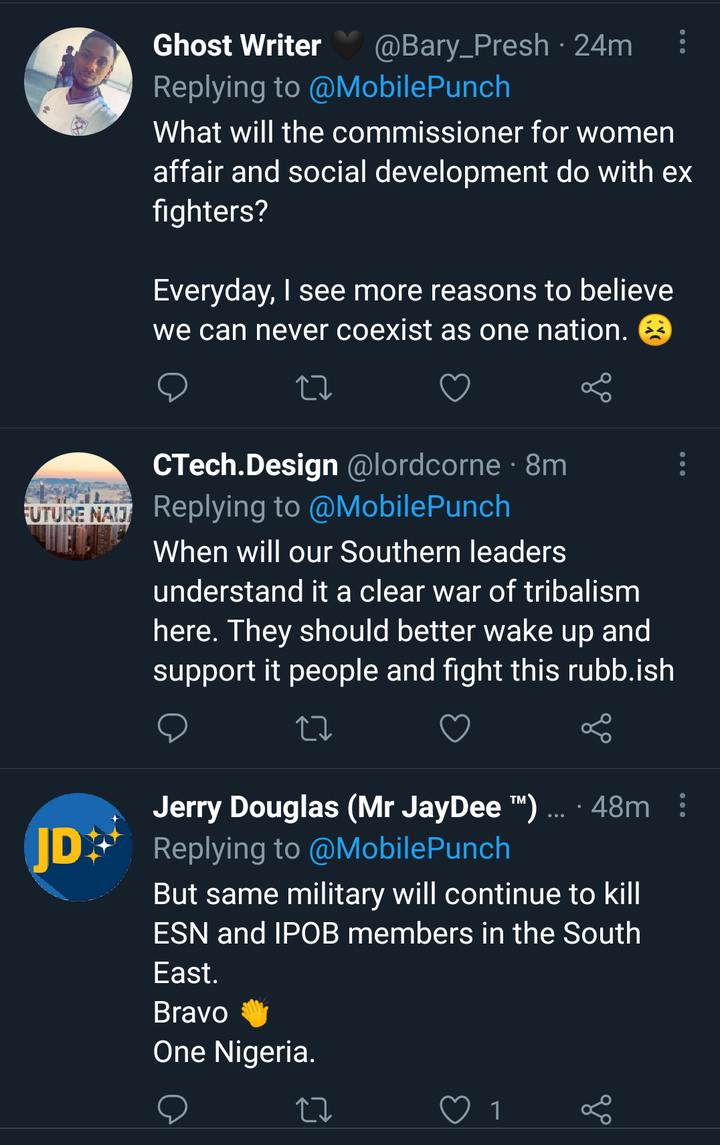