At least three farmers were killed in Nkiendonwro village of Miango District of Bassa Local Government Area of Plateau State, on Friday morning. 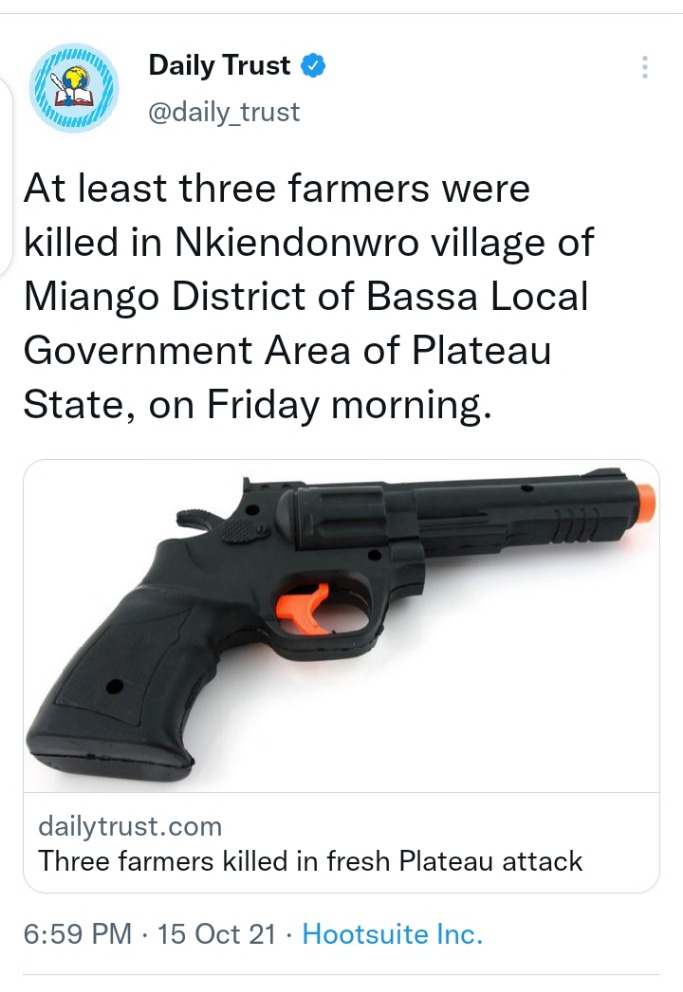 According to Madison Davidson, spokesperson for the Irigwe ethnic group, the deceased were on their way to the farm when they were ambushed by gunmen.

He stated that the incident was reported to the DPO of Bassa LGA.

“This is again another horrific and traumatic situation the Irigwe nation has been confined to today. Very sad that these marauders have continued to kill us in their evil plans of taking over our ancestral land which in God we trust will never see the light.”

“The Government and the security personnel should wake up to their duty and ensure that the terror being unleashed on the innocent people is stopped or curtailed, ” he added.

When contacted the Spokesman of the state police command, ASP Ubah Gabriel, confirmed the incident, saying police personnel had been deployed to prevent further attacks.

As part of its ongoing 'Operation Still Water' in Ogun State, the Nigerian Army has confiscated 141 bags of rice, four vehicles, and arrested four suspected smugglers and cultists. 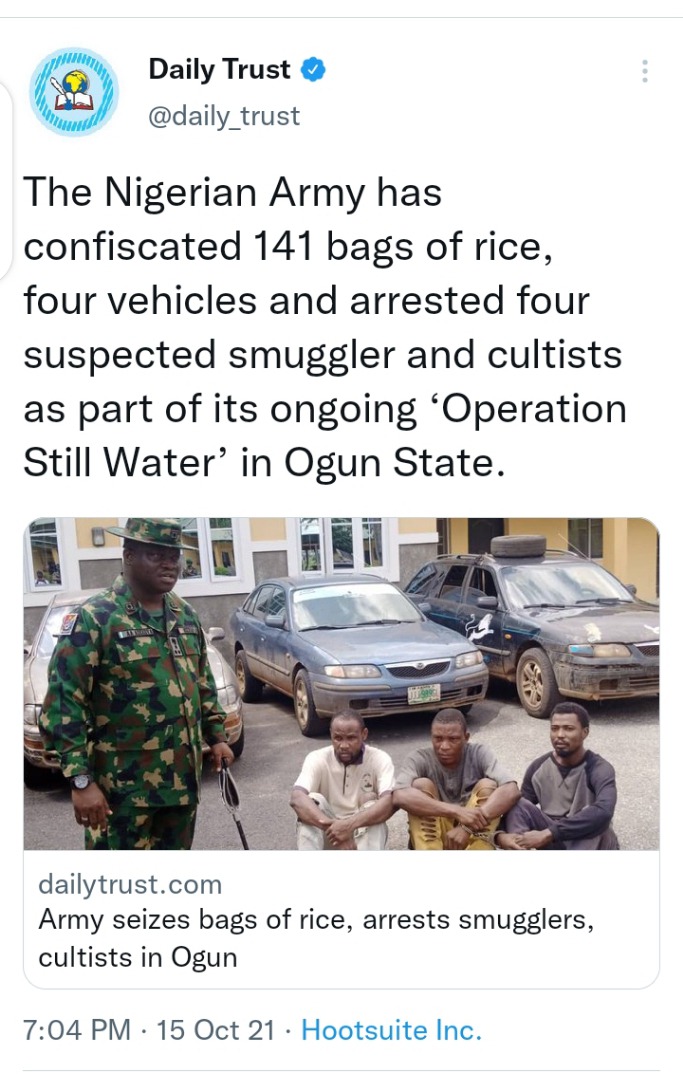 The ‘Operation Still Water’ was launched on October 4, 2021, by the 81 Division of Nigerian Army to address insecurity during the festive periods in Lagos and Ogun States.

Brigadier General Abiodun Adekoya, Commander, 35 Artillery Brigade Alamala, disclosed this at the command on Friday, while handing over the seizures to the Nigerian Customs Service (NCS), Ogun Area Command 1.

According to Adekoya, command operatives intercepted the smuggled rice bags at Itori in Ewekoro Local Government, while the cultists were apprehended at Sagamu in the state's Sagamu Local Government Area.

He also stated that the suspected cultists would be handed over to the Department of State Security Service for further investigation. 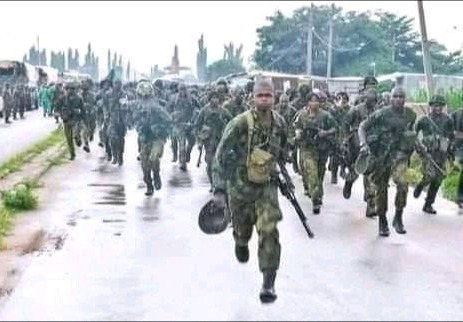 The Federal Government has declared Tuesday, October 19 to be a public holiday. 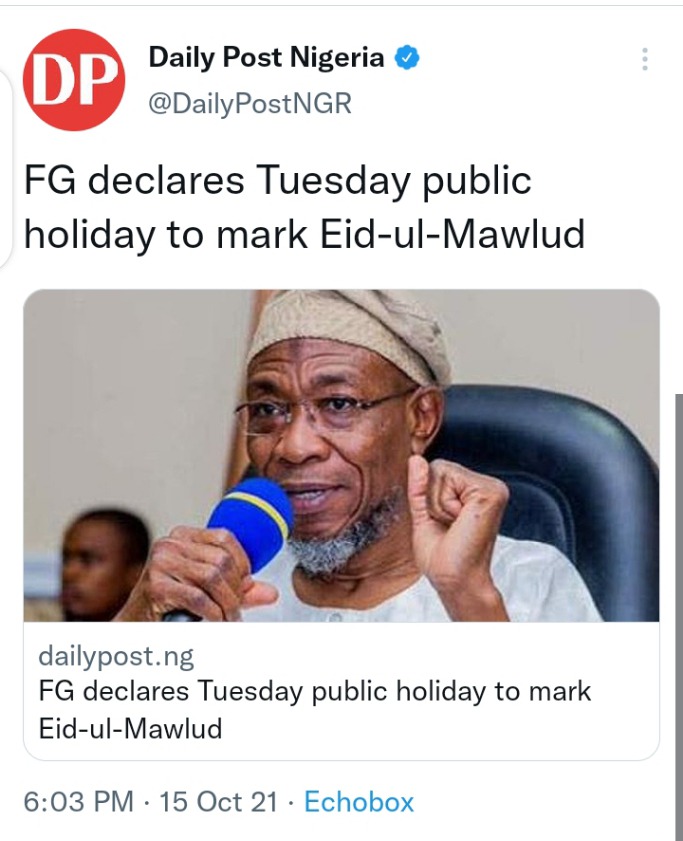 The Minister of Interior, Rauf Aregbesola, stated that the public holiday is to commemorate Eid-ul-Mawlud, the birth of Prophet Muhammad.

According to NAN, the Permanent Secretary, Ministry of Interior, Shuaib Belgore, issued a statement on Friday.

On the occasion of Eid-ul-Mawlud, Aregbesola congratulated all Nigerian Muslim faithful, both at home and in the diaspora.

Bakare kicks against power rotation, says it is immaturity

Pastor Tunde Bakare of The Citadel Global Community Church, has said Nigeria’s president should not be judged based on his region. 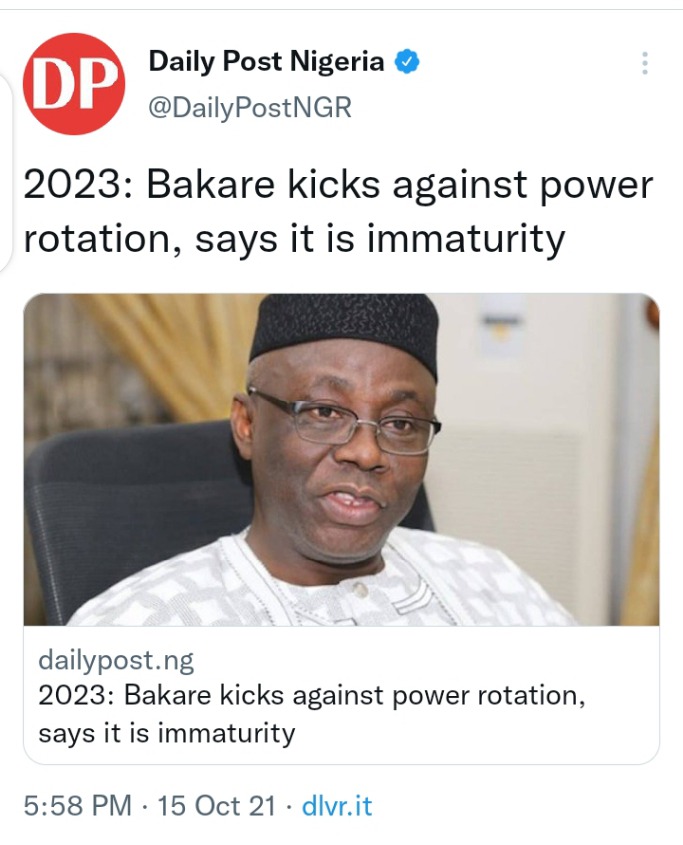 Bakare stated that the president should be judged on his abilities rather than his background.

He made the remarks while speaking to State House Correspondents after meeting with President Muhammadu Buhari at the Presidential Villa.

Pastor Bakare stated that if presidents are judged by their region, the North would have been the richest.

According to Bakare, calls for power rotation are the result of Nigerian politicians' immaturity.

The Bayelsa State Government has set October 25, 2021, as the resumption date for the state's public and private primary and secondary schools for the 2021/2022 academic session. 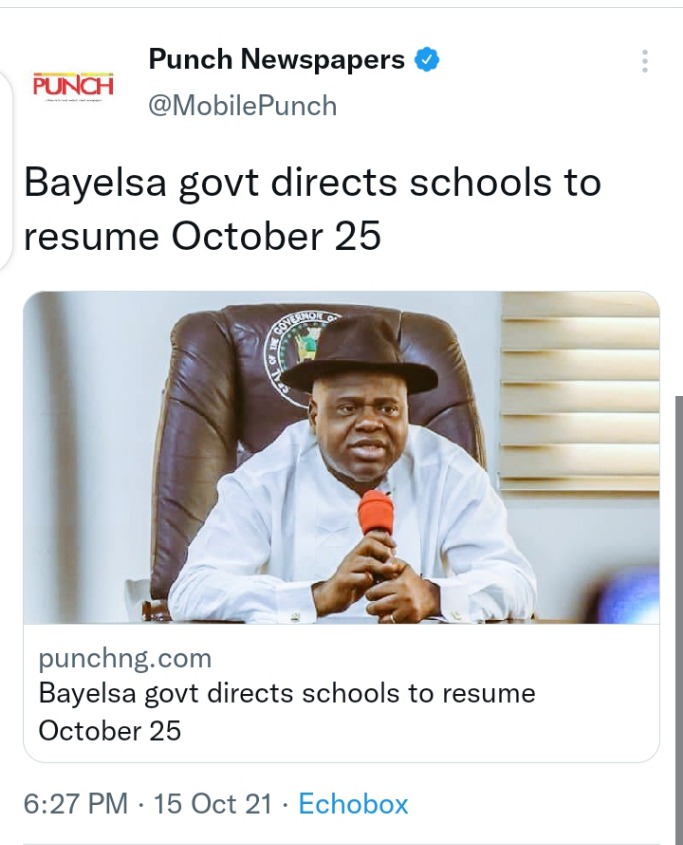 Christopher Ewhrudjakpo, Permanent Secretary, Ministry of Education, announced this in a statement issued on Friday in Yenagoa on behalf of the Commissioner for Education, Gentle Emelah.

He said the decision was taken upon critical evaluation of the flood situation in the state, which had not been devastating.