The history of the Jihad war. 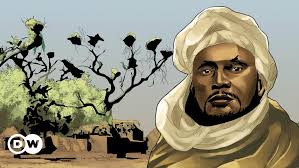 The Jihad war is probably one of the most famous wars in the history of Nigeria. This war was a battle fought between the Hausa Kingdoms and the Fulani kingdoms. The war was launched in 1804 which is the 19th century. The core purpose for the Jihad war was to restore a strong dominance of Islam in the Hausa Kingdoms.

Usman Danfodio had earlier accused the leaders of the Hausa Kingdoms of mixing traditional practices with Islam, this was something he refused to tolerate. He said that Islam was no longer respected or honoured because of pagan practices began to penetrate the land so in order to restore the dominance of Islam in Hausa Kingdoms, he decided to launch a war which was going to cleanse the Hausa lands. This war was later known as the Jihad. The war eventually led to the fall of so many Hausa Kingdoms and it also led to the establishment of the Sokoto Caliphate.