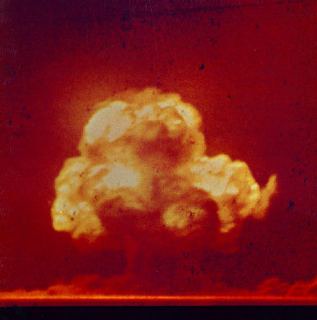 The theoretical possibility of developing an atomic bomb was not a scret. Fission had been discovered in Berlin, and word of the breakthrough had spread quickly around the world. The scientific basis for a sustained or even explosive chain reaction was now clear to any well versed research physicist. Most physicist may have thought an explosive chain reaction was unlikely, but the possibility could not be entirely discounted.

Debate over how to use the bomb began in earnest in early summer of 1945. The Trinity atomic test of July 16 confirmed that the stakes for this decision were very high. With a blast equivalent of 21 kilotons of TNT, the test explosion was greater than had been predicted, and the dispersal of radioactive fallout following the test made safety something of a near thing. News of the success at Trinity reached president Harry.S. Truman at the Potsdam conference. Following consultations with his advisers, Truman made the decision to use the bomb against Japan as soon as the first weapon was ready.

Little boy the untested uranium bomb was dropped first at Hiroshima, Japan on Aug 6, 1945, while plutonium weapon, fat man, followed three days later at Nagasaki on Aug 9, use of the bomb helped bring an end to the war in the Pacific, with Japan surrendering on Aug 14. The most destructive war in human history was finally over. The Manhattan project had fulfilled its mission 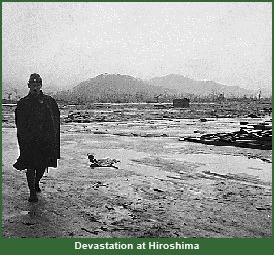