By FreakyGossip (self media writer) | 2 years ago 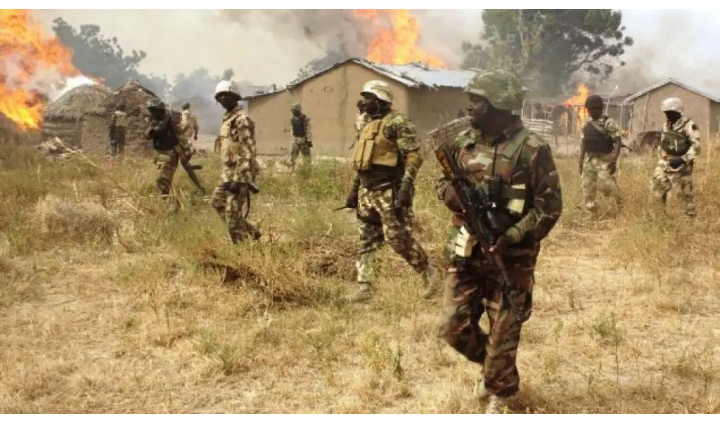 An Exercise was done by soldiers under special operations in Sahel sanity, have killed seven bandits in three, different areas in Kastina, Zamfara and Sokoto.

The Acting Director of Defense Media Operations, General, Bernard Onyeuko ,said his speech yesterday (17/7/2020) in Gusau, that the army operations where carried out between July 14 and 17.

The Acting Director of Defense Media Operations, said further in his statement the troops of the Defense Headquarters Special Operations Forces deployed at Basari had engaged some armed bandits in Jigawar Mallamai, Danmusa Local Government of Kastina state and four bandits were killed. He also said that one AK47 and 21 motorcycles were taking from the bandits which were destroyed immediately.

On July 15, troops, while conducting a clearance operations on suspected bandits hideouts at Garin Maza, Tamuske and Garin Bagwari village in Sabon Birni Local Government of Sokoto state encountered the bandits, said by the army spokesman. Which resulted in killing of three of the bandits and recovery of six motorcycles which were destroyed immediately along with their hideouts.

Content created and supplied by: FreakyGossip (via Opera News )