According to a report by Daily Nigerian, 24 ISWAP fighters including top-ranking Commanders such as Yaya Ebraheem, Baba Chattimari, and Abu Adam Oubaida, met their waterloo in the hands of Nigerian troops in the Ngamdu axis on Wednesday while attempting to attack a military convoy. Also, a top ISWAP Deputy Jaysh in Sambisa, Modou Bacheer Oukocha, was among those fatally wounded. 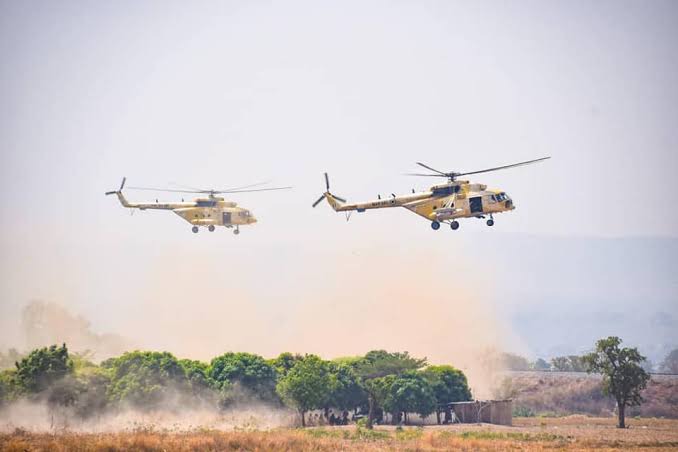 This was possible because the convoy of ground troops engaged the ISWAP fighters in a firefight, in conjunction with the air component from the Nigerian Air Force, NAF, which arrived at the scene and bombarded the locations of the terrorists. The NAF has been instrumental in the war against insurgency in Nigeria. Throughout the insurgency, a major limitation on the freedom of action of Nigeria's land forces and consequently, on their combat effectiveness has been the barrier, because of lack of situation awareness and credible close air support.

With an Army Aviation Corp, this has ceased to be obstacles or limitations. They are meaningful as advantages to be exploited as the situation indicates. When you have a myriad of insurgency groups i.e bandits, Boko Haram, ISWAP, you have a situation whereby the area of combat will be friendly and enemy forces with gaps that no one controls completely.

The unit that can concentrate and disperse the quickest, while maintaining its integrity, is the NAF unit. It is fundamental to this concept that the aviator and the aircraft are an integral part of the tactical unit. That doesn't necessarily mean that the army is encroaching upon Aviation jurisdiction likes some Nigerians are postulating. The Nigerian army is not interested in acquiring fighter jets per se. Its interest lies in how combat helicopters and drones can help the Army accomplish its mission.