By Writerking (self meida writer) | 1 months 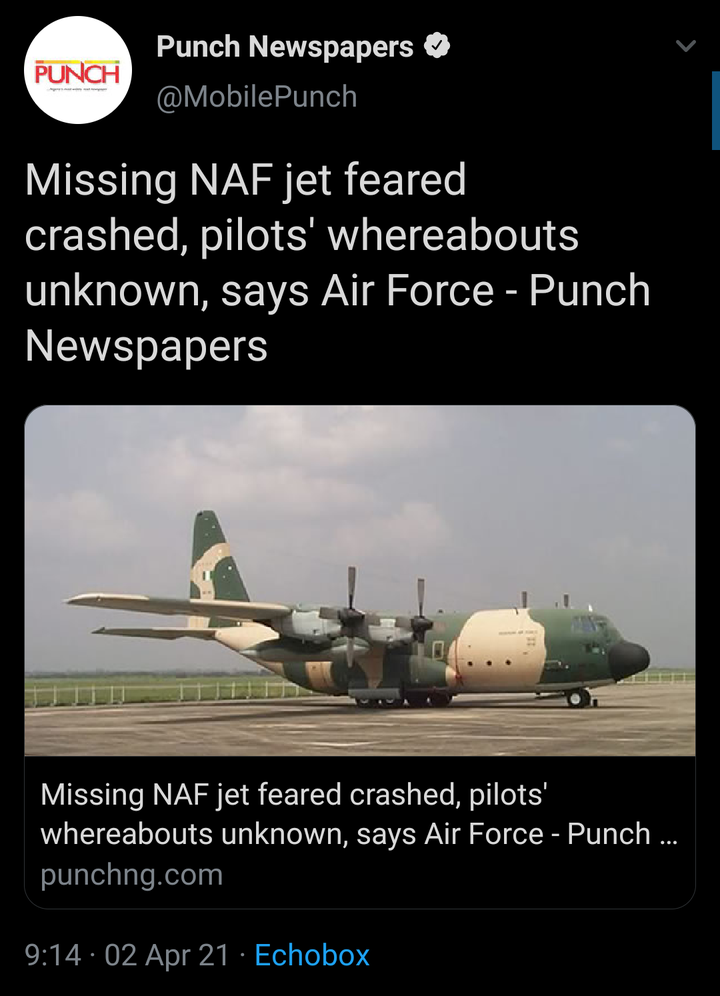 The Nigerian fighter aircraft (NAF475) which went missing after deployment for combat against Boko Haram terrorists is yet to be found as search and rescue operations have continued in a bid to find the pilots and the aircraft.

The Jet which went missing on March 31st is still missing and the Nigerian Airforce is speculating that the craft may have crashed, according to the statement made by the Airforce on the 2nd of April.

In a statement, released by the NAF, it stated thus, "Intelligence report gathered by the Nigerian Air Force (NAF) indicates that the Alpha Jet aircraft (NAF475) that went off the radar with 2 crew members on board on 31 March 2021 might have crashed. 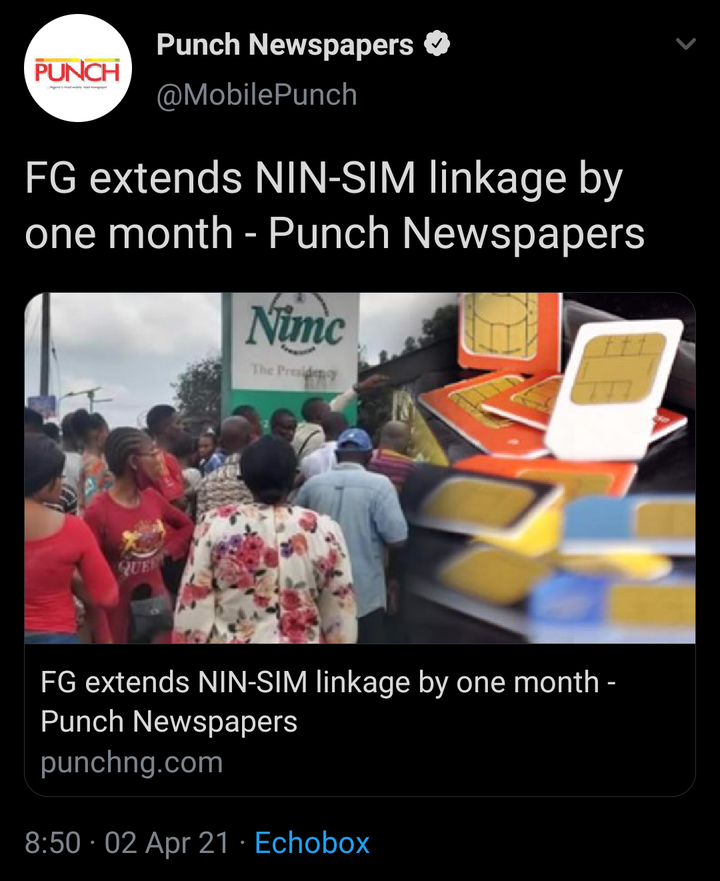 The NIN-SIM integration which began in December 2020 and was supposed to end then is still ongoing in 2021. The Federal Government began this project to ensure that the identity of Nigerians was registered digitally and that cybercrimes or digital crimes could easily be traced.

The process takes a lot of time and many Nigerians are yet to register to get their NIN. This has made the federal government keep on postponing the deadline date for the exercise.

In a statement released by the Ministerial Taskforce on NIN-SIM integration, the new date is now May 6 and not April 6. The team confirmed that over 51million Nigerians have their NIN at the moment. It noted that more than 2 million people register monthly and there are over 3800 NIN registration centers across the country. 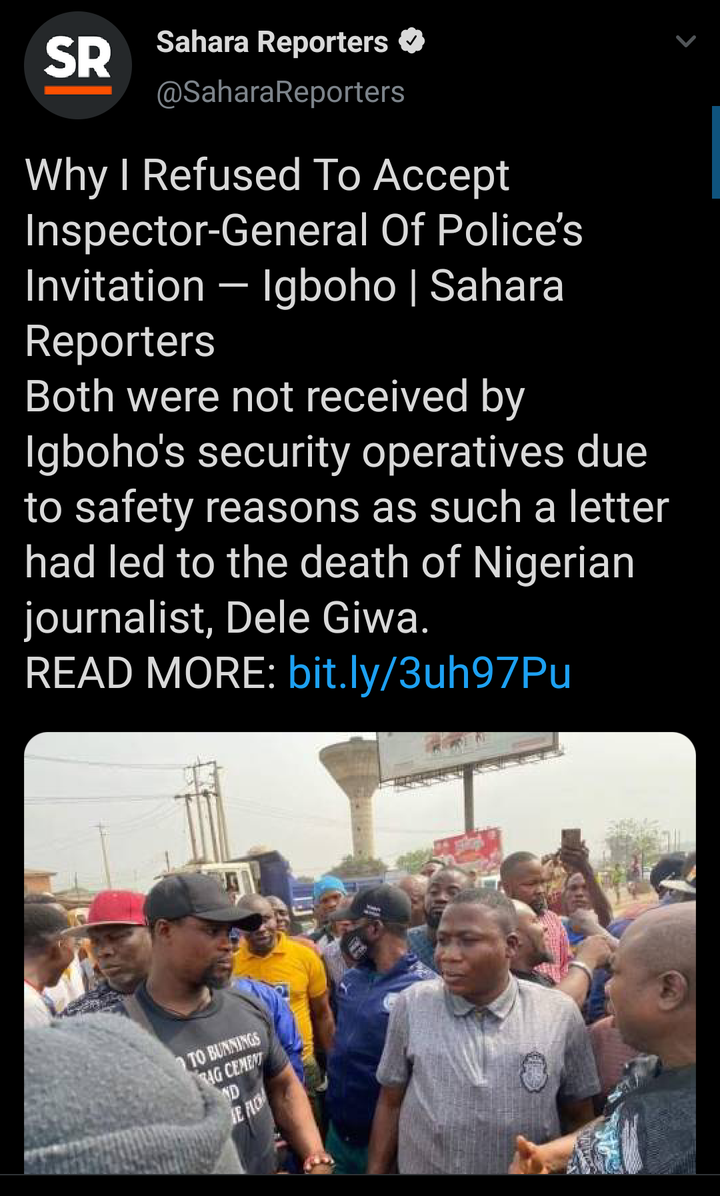 Popular freedom fighter, Sunday Igboho has revealed why he did not accept a letter sent to him by the Inspector General of Police. Sunday Igboho's media aide revealed on April 1 that a letter which was addressed to Sunday Igboho from the IGP was sent through DHL but was rejected by his security team.

A few hours later, a team of 15 policemen came to deliver the letter again but it was rejected by Igboho security team. His media aide said that the popular figure would like to know what the IGP was inviting him for. The media aide also said that the same letters were sent to activists like Dele Giwa who was killed by such. 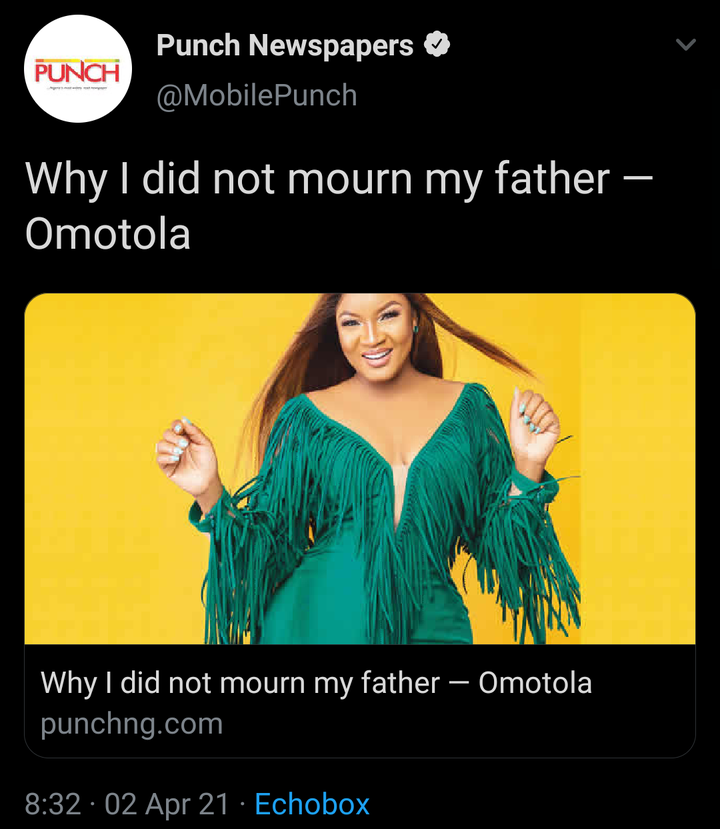 Popular actress and screen diva, Omotola Jalade Ekeinde has revealed why she did not mount her father in new interview. The beautiful actress revealed that her father's death had a big impact on her life and most of the positive or negative things that happened to her were as a result of his death.

The actress recounts how her father who was then the manager of Lagos country club in Ikoyi would take her to a meeting with people of very influential status in the country and how she sometimes imitated them.

She also narrated how she was shipped to Kaduna to study for JSS. She did not like it because Kaduna was very far from Lagos. At the time she was in JSS3, that was when she received the shocking news that her father was dead. She said she could not mourn him because she was emotionless and that pain keeps affecting her till now. What do you think about these headlines? Share in the comments below.

Mr Latin's Daughter Who's Based In The UK Celebrates Birthday Today