By SolutionEngineer (self media writer) | 8 months ago

There has been a lot of reactions from Nigerians on Twitter after Sahara Reporters shared pictures of alleged Boko Haram members openly observing Eid-el-Fitr prayers at different locations in Nigeria. 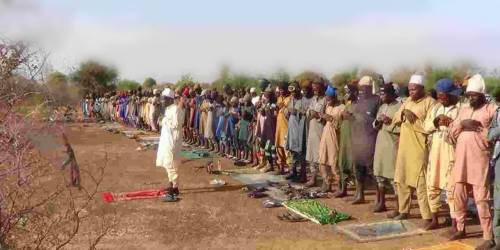 The pictures are suspected to have been taken on May 13, 2021, as that was the day that Eid-el-Fitr was celebrated by most Muslims across the globe.

With thousands of Nigerians already allegedly killed by Boko Haram and the Nigerian Military frequently saying that the terrorist group has been largely defeated, these recent pictures of members of the terrorist group publicly observing the Eid-el-Fitr have triggered a lot of comments from Nigerians.

Here are some of such comments:

- “Alexander ALASA” commented and asked the Nigerian Military to collaborate with Sahara Reporter as they may have helpful intelligence report that could help apprehend the Boko Haram terrorists.

- “Kdd” in his comment decried the fact that the Nigerian Military would see such pictures and not act, but when it comes to the southern region of the country, the Nigerian army would march down to the region with fierceness.

- “AbdulKadiirrrr” expressed his displeasure at the spate of insecurity and terrorism in the country. He said that it is both embarrassing and alarming that the country is in this state because the president of Nigeria had served in the military and had risen to the position of General. He however asked Sahara Reporters for more information about the pictures, particularly the location where they were taken.

- “Uncle Ebizi” expressed surprise at the photos. He pointed out the fact that these terrorists would still go out to terrorize fellow humans after they finish praying.

- “Sultan of Delta” opined that the security agencies in Nigeria should have reliable Intel as to where these terrorists are. He wondered why the likes of DSS, Army Police and Air Force are not maximizing such Intel to annihilate the various terrorist groups that are making Nigeria uncomfortable for Nigerians.

- “Daddy Morayo” expressed surprise at the fact that the terrorist group members no longer bother to hide their identities. 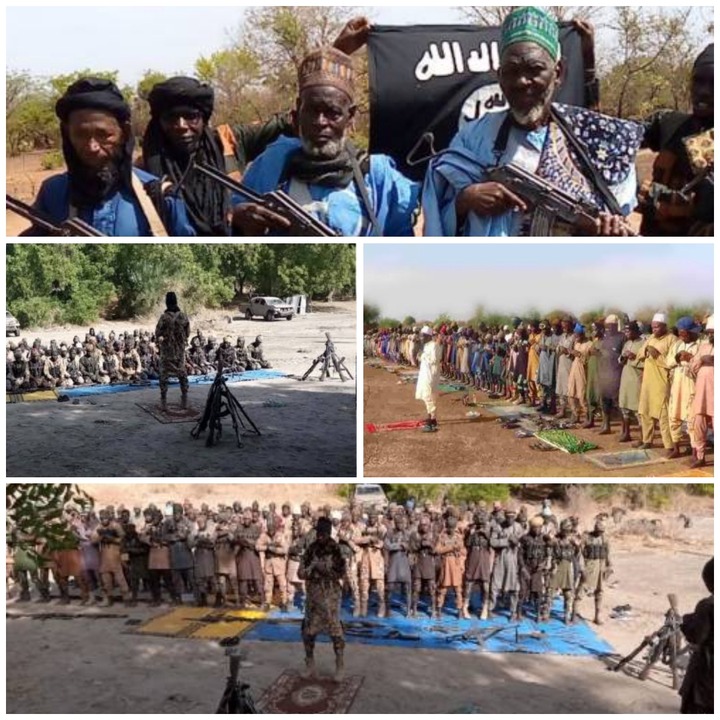 Thanks for your reading time. Please share your thoughts with us in the comments section.

Before you go, do well to like and share this article. In addition, also follow us for more news and informative articles, and feel free to tour our page “SolutionEngineer” to enjoy our over 300 published articles.

Content created and supplied by: SolutionEngineer (via Opera News )