Opinion: Bandits Running Out Of Ammunitions And Their Imminent 'Closure Of Business'

By Rukkyupdates (self media writer) | 24 days ago

According to a report by Punch, bandits are fast spurned by their way of life, they are being refused armory replenishment due to the telecommunications network shutdown that took place on Wednesday in Kaduna. They are unable to contact their weapons and ammunition suppliers in the Niger Republic. The shutdown of the telecommunications Satellites is paying off and with the looks of things, they will soon run out of personnel. Because the major difference between the people and bandits that caused havoc to their lives and properties is their ability to bear firearms. 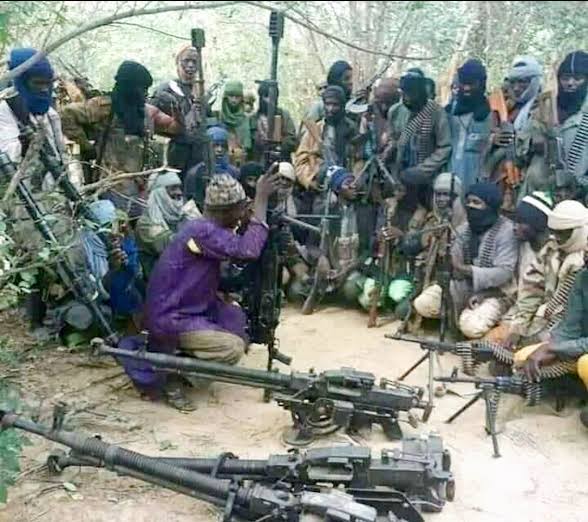 This approach to winning the war against banditry in the North is what is meant by technical defeat. Security challenges can only be reduced to a bearable level but can never be at zero level anywhere. The pride of any serious government is to make the atmosphere unfavorable for criminals to operate. It is a fact that terrorists like bandits no longer have the free floor to target worship places, large gatherings, motor parks, and FCT Abuja again.

Under President Muhammadu Buhari criminals have shifted their activities to soft targets. The problems of insecurity in Nigeria has been there before he came into power. When people looted money meant for infrastructures but forgot they were creating monsters that will be problems in the future. Some people no longer value lives because they never had one. When a politician is sick, he travels abroad for medication but ordinary Nigeria will die, doctors are on strike, and every day on the strike, not less than 180 persons die as a result of this strike.

In the war against banditry and terrorism in the North, the Minister of Com­munications and Digital Economy, Professor Isa Ali Pantami should be praised for the technical know-how to circumvent the domestic service providers in the telecommunications industry, which has resulted in the recent victory against banditry in Nigeria. If the tripartite operation of market closure, telecommunications sites shut down and military offensive against the bandits are sustained, bandits will soon run out of personnel and business.