Many Nigerians love America. It is a benign power. The post WW2 has developed because of the stability the U.S military provided. But the U.S has a fundamental flaw. The Super Tucano deal is one example. It's been less than a month and Nigeria is already paying a terrible price. The preconditions the U.S attaches to its dealings with developing nations is a negative trait that is tainting its image as a benign power. 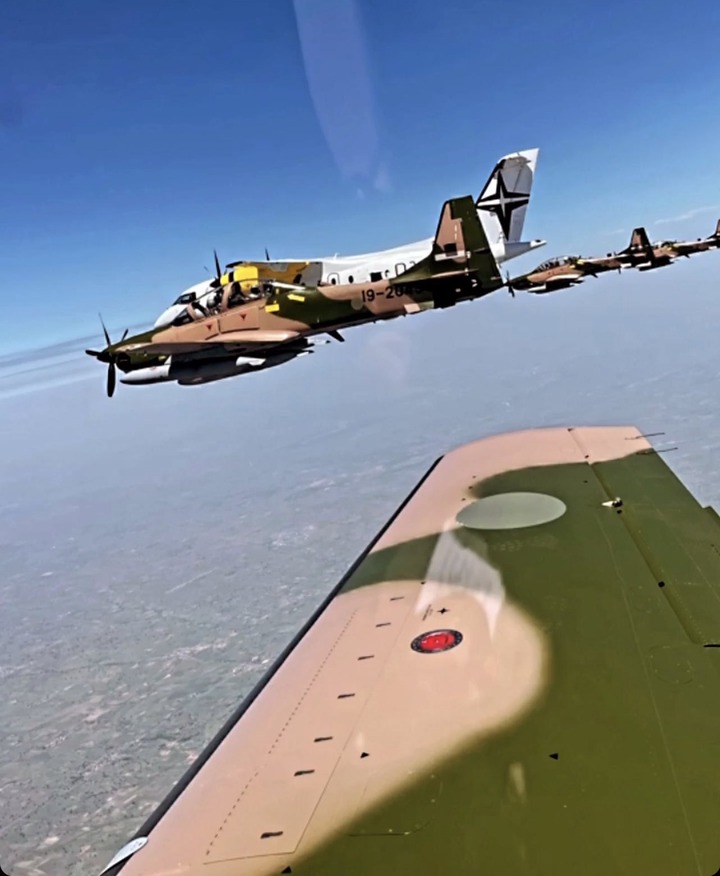 Photo: A-29 Super Tucano in Action

What is discussed here? The Chief of Defence Staff, Lucky Irabor is lamenting U.S conditions and is seeking permission to crush Boko Haram. He said the NAF is being prevented from deploying its full arsenal against bandits. He said that the agreement signed with the United States was that the Super Tucano procured would be deployed against terrorists and insurgents, and not bandits.

These complaints by the service chiefs led to the recent demand by the Senate and the House of Representatives that bandits should be designated as terrorists. He said that the NAF has not been able to decimate bandits due to the conditions attached to the deployment of the Super Tucano. Think about it folks. We spent half a billion dollars and endure eight years of humiliation only to be told how and when to deploy the Super Tucano regarding the aircraft.

In the words of a lawmaker, "Let me tell you the truth. We once asked the Armed Forces why they had not deployed the Tucano in the fight the bandits and one of the service chiefs (name withheld) told us that their hands are tied due to the human rights regulations.

"He told us that the equipment is meant for the war against terrorists and insurgents and since these are bandits, they cannot be deployed. He told us that once the bandits have been designated as terrorists, they would be wiped out. Don’t forget that the bandits today are not different from Boko Haram, looking at their activities and the gravity of attacks by them. Now that both chambers of the National Assembly have called for the declaration, we urge the President to implement our resolutions".