After The Attack, See What Nigeria Army Recovered From Boko Haram & ISWAP Terrorists

By Musingreports (self meida writer) | 19 days

It is a known fact that Men of the Nigerian Armed Forces have been giving the fight to end terrorism their best so far. Lately, some successes were recorded as the Nigerian Army, via their official Facebook page, made it known that, after recent airstrike attacks, some top Boko Haram and Islamic States in West African Province (ISWAP) Terrorists got killed. 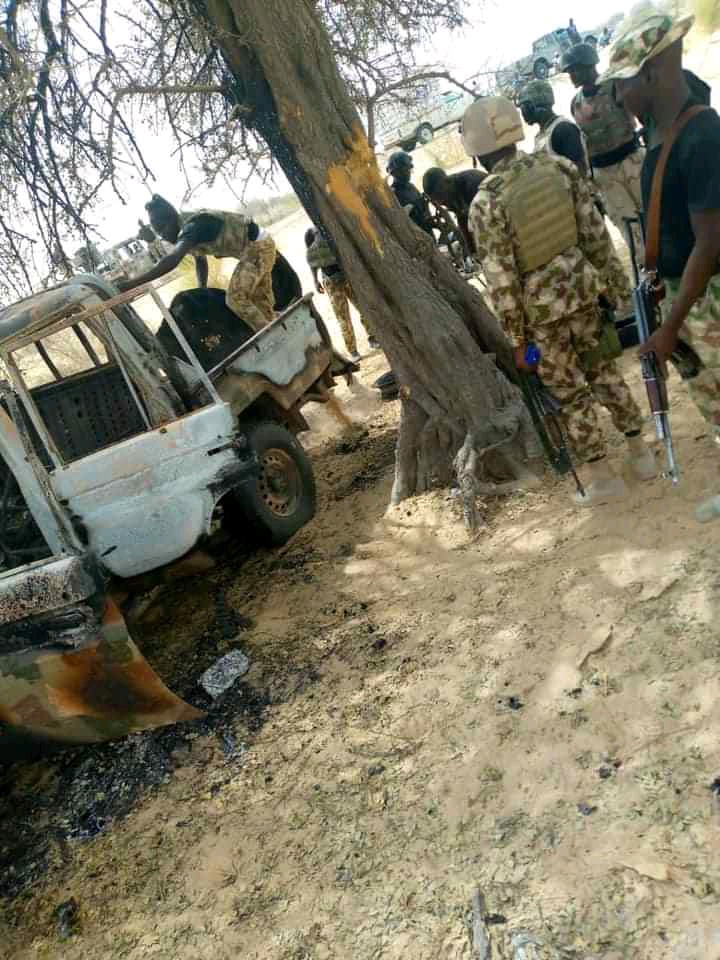 In the report made on Nigerian Army's Facebook page by the Director, Nigeria Army Public Relation, Brigadier General Mohammed Yerima, it is noted that after some of these terrorists were killed, some pictures showing deadly Weapons which were recovered got publicized. You would be provided with these pictures but, first, scroll below to see what was done to the vehicles the terrorists use in causing unrest: 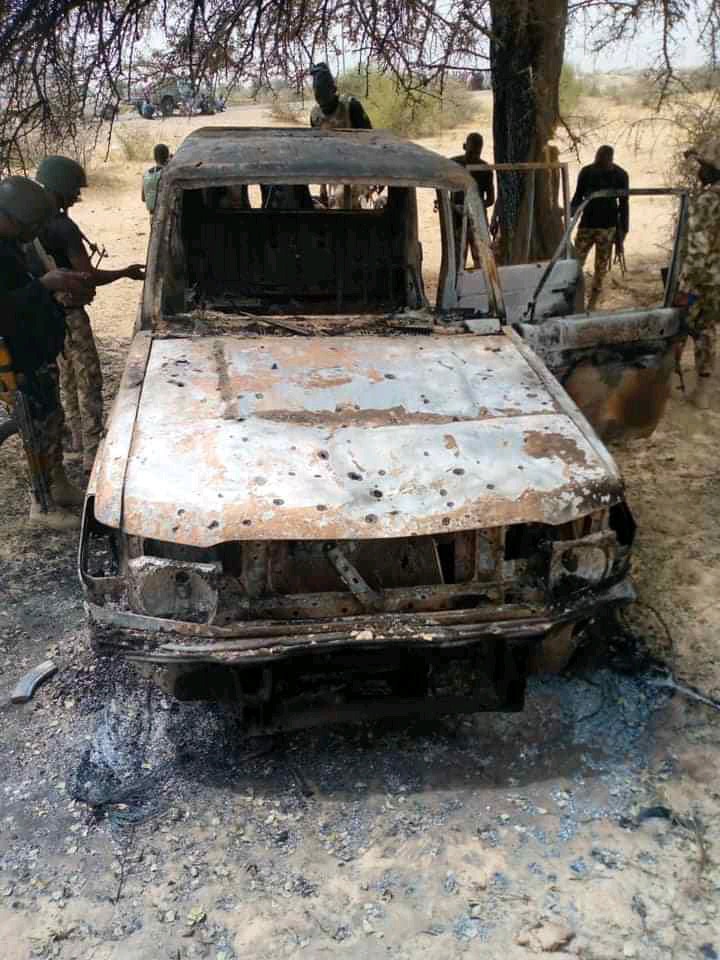 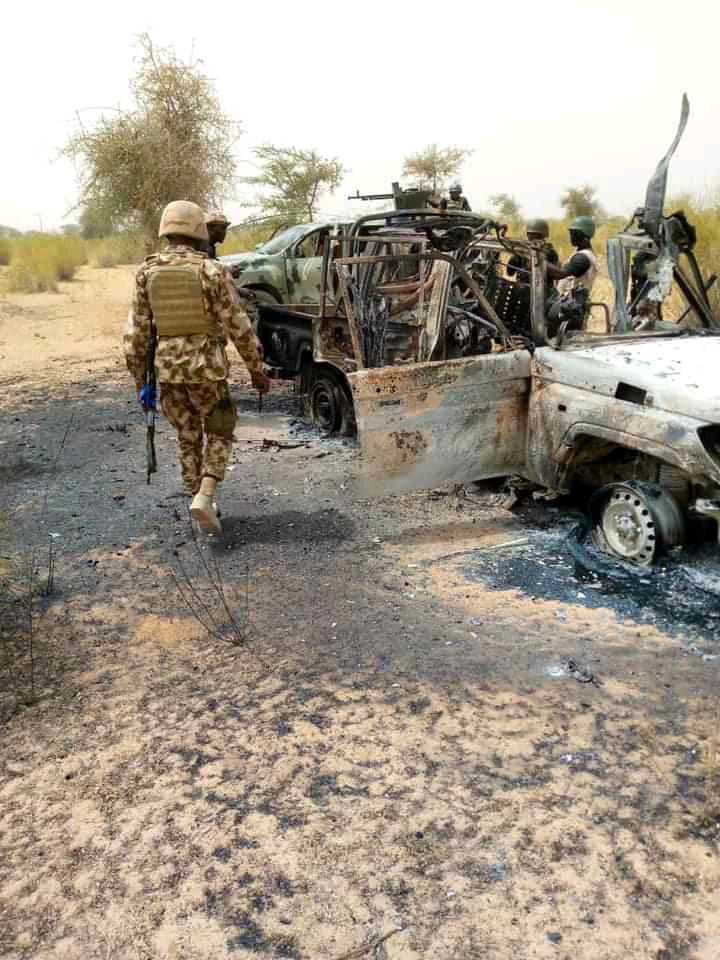 Having seen what was done to these vehicles, below are pictures showing several types of guns and few other things which were recovered by Men of the Nigeria Army from the terrorists: 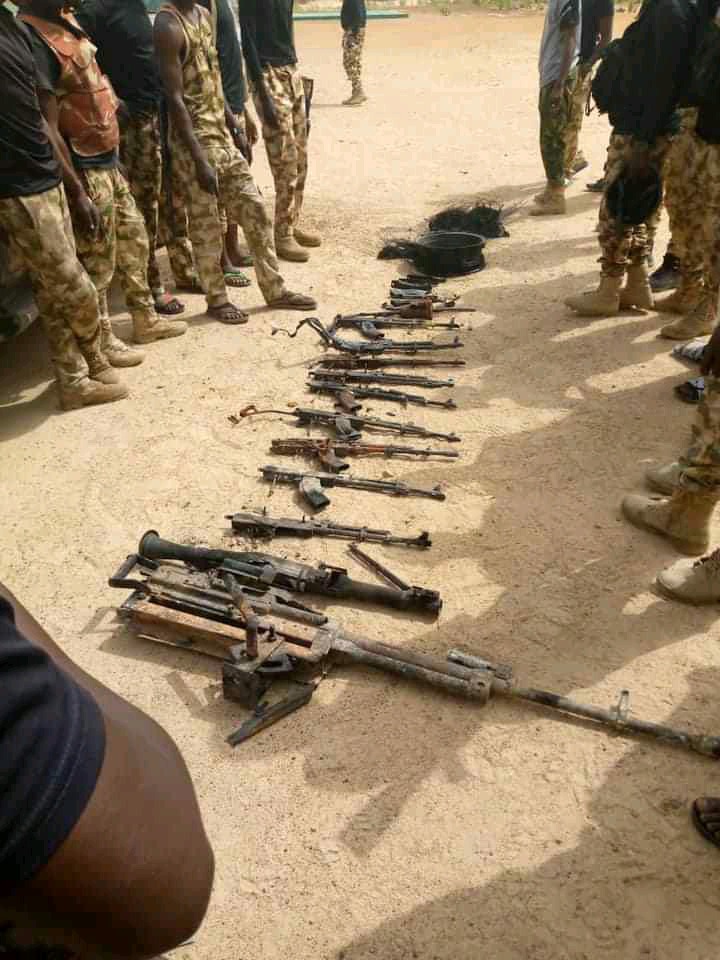 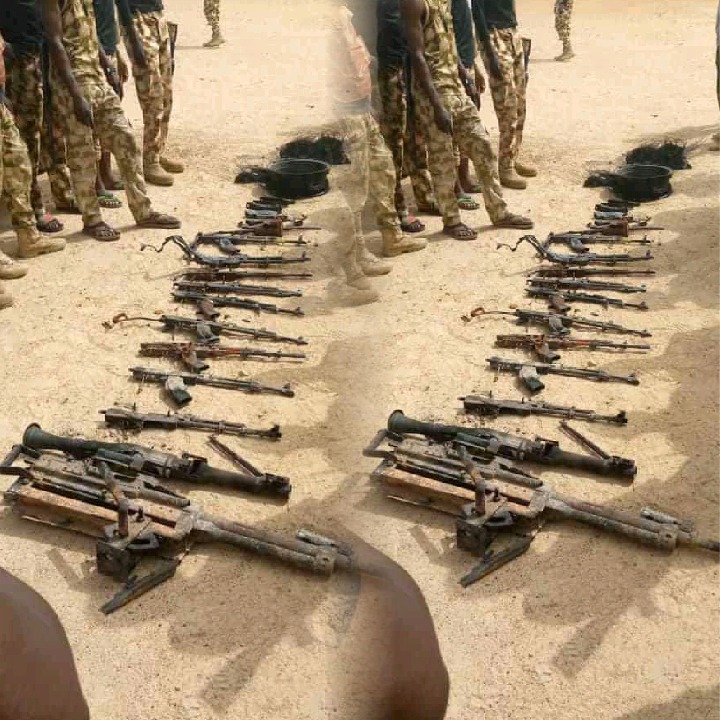 An evidence showing that this report was sourced from the official page of the Nigerian Army is however shown in the screenshot below: 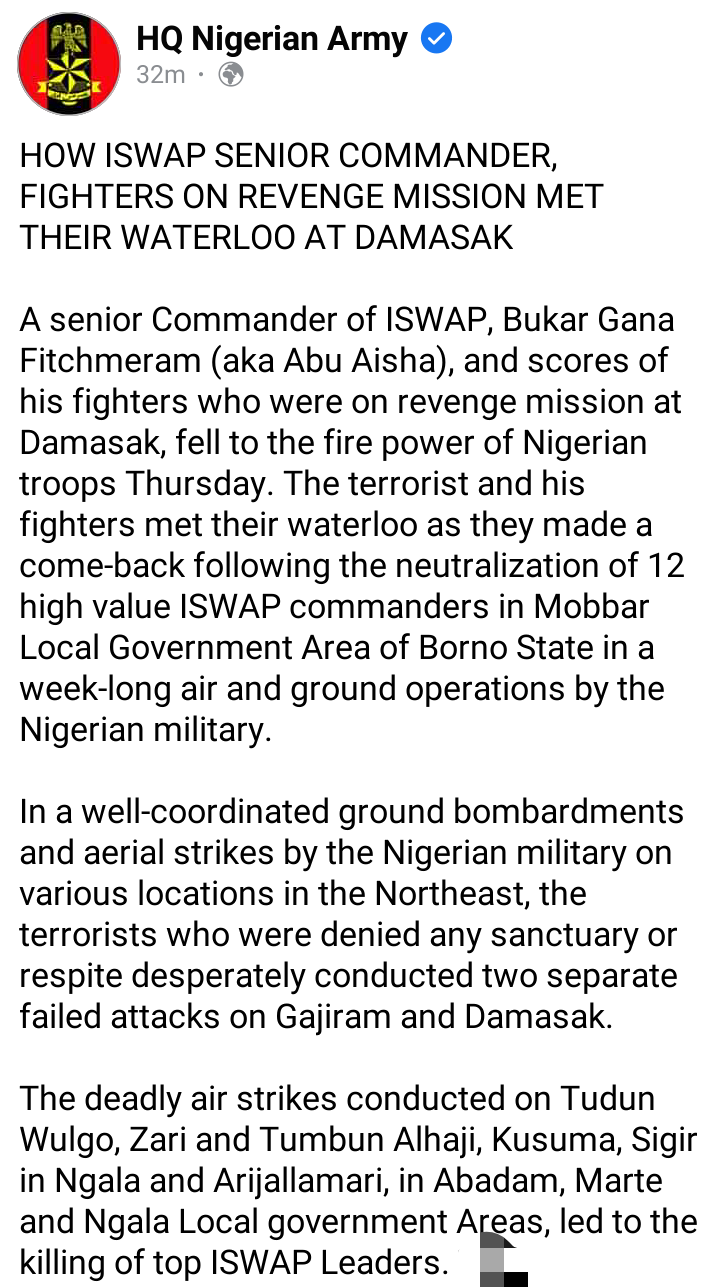