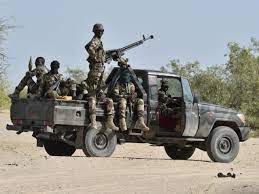 1 Boko Haram: Boko Haram is a jihadist terrorist organization based in northeastern Nigeria, which is also active in Chad, Niger and northern Cameroon. Founded by Mohammed Yusuf in 2002, the group has been led by Abubakar Shekau since 2009, although it splintered into other groups after Yusuf's death and also in 2015. When the group was first formed, their main goal was to "purify" Islam in northern Nigeria, believing jihad should be delayed until the group was strong enough to overthrow the Nigerian government. Since March 2015, the group has been aligned with the Islamic State of Iraq and the Levant. The group has been known for its brutality, and since the current insurgency started in 2009, Boko Haram has killed tens of thousands of people, displaced 2.3 million from their homes, and was at one time the world's deadliest terror group according to the Global Terrorism Index. Boko Haram has contributed to regional food crises and famines. 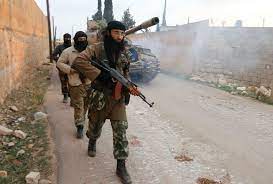 2 Al Qaeda: Al-Qaeda is a militant Sunni Islamist multi-national terrorist organization founded in 1988 by Osama bin Laden, Abdullah Azzam, and several other Arab volunteers during the Soviet–Afghan War. Al-Qaeda operates as a network of Islamic extremists and Salafist jihadists. Al Qaeda's long-term plans included the creation of a unified and global caliphate. The organization was founded by Emir Osama bin Laden, whose undisguised goal was to become a strong state under the banner of the caliphate. Bin Laden said a strong Islamic state is needed. And this state must rest on the crucial points laid down by the Prophet Mohammed after his thirteen years of research in Mecca. 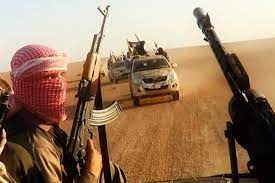 3 The Islamic State: The Islamic State of Iraq and the Levant , also known as the Islamic State of Iraq and Syria officially known as the Islamic State (IS) and also known by its Arabic acronym Daesh is a former unrecognizedproto-state that follows a Salafi jihadist doctrine. ISIL was founded by Abu Musab al-Zarqawi and gained global prominence in 2014 when it drove Iraqi security forces out of key cities in its Western Iraq offensive, followed by its capture of Mosul and the Sinjar massacre. The group has been designated as a terrorist organisation by the United Nations. ISIL is known for its videos of beheadings and other types of executions of both soldiers and civilians, including journalists and aid workers, and its destruction of cultural heritage sites. The United Nations holds ISIL responsible for committing human rights abuses, genocide, war crimes, and crimes against humanity. The Islamic State committed genocide and ethnic cleansing on a historic scale in northern Iraq.