By NewsArtist (self media writer) | 8 months ago 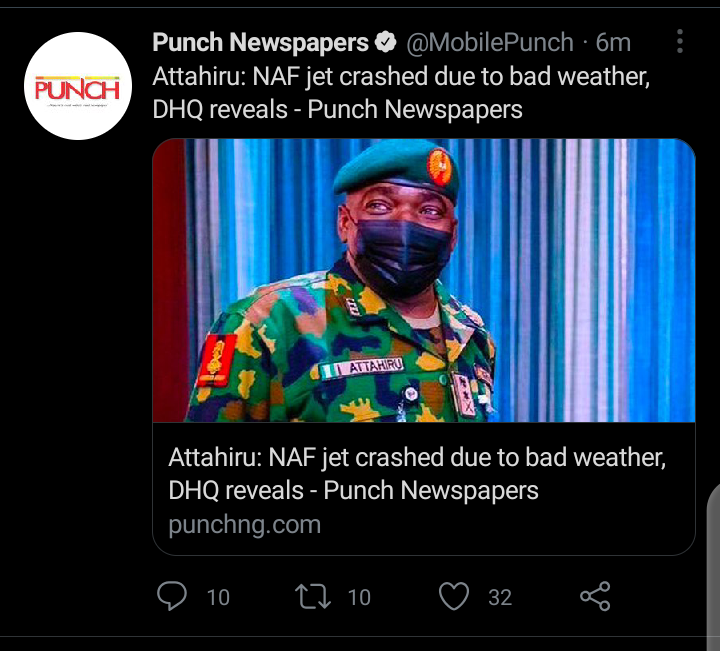 The questions surrounding the cause of the plane crash which claimed the life of the chief of army staff and other militaryhas been clarified as the Defence Headquarters on Friday discloed bad weather was responsible for the crash of a Nigerian Air Force Beachcraft 350 aircraft at the Kaduna International Airport.

This was revealed in a statement m signed by DHQ Acting Director Defence Information, Brigadier General, Onyema Nwachukwu, who also expressed his sadness and said the sacrifices of departed heroes will not be in vain.

The statement was titled, ‘Armed Forces Of Nigeria Loses Chief Of Army Staff And Ten Others In Air Mishap’.

“The unfortunate incident happened after landing at the Kaduna International Airport due to inclement weather.”

The statement also indicated that the Chief of Defence Staff, General Lucky Irabor, has instructed that an Accident Investigation Board be formed to further probe the accident. Buhari in Shock Over Attahiru's Death 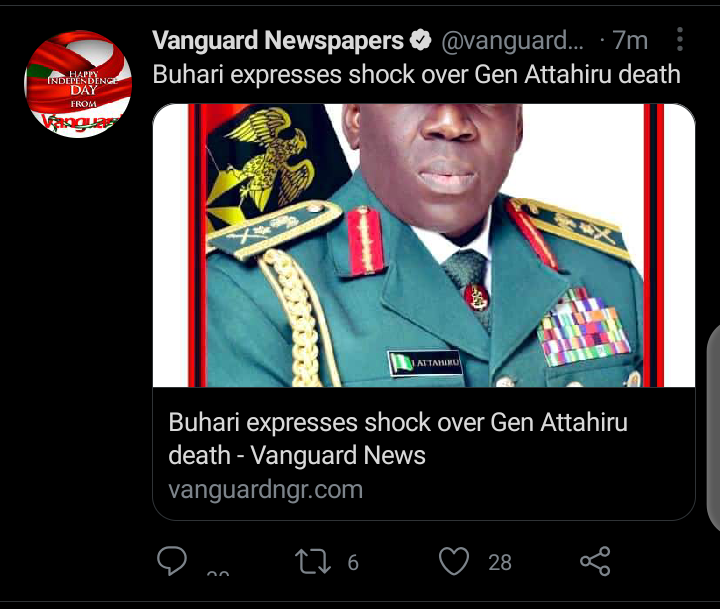 President Muhammadu Buhari has expressed his unhappiness over the deadly air crash that has claimed the lives of Chief of Army Staff, Lt. Gen. Ibrahim Attahiru, and other military officers.

The President made this known in a statement which issued by his Special Adviser on Media and Publicity, Chief Femi Adesina.

President Buhari sent his condolences to the families of the deceased describing them as “heroes who paid the ultimate price for peace and security in the land.”

Buhari prayed for God to accept the souls of the patriots. He said, "the crash is one mortal blow to our underbelly, at a time our armed forces are motivated to put an end to the security problems facing the country.” 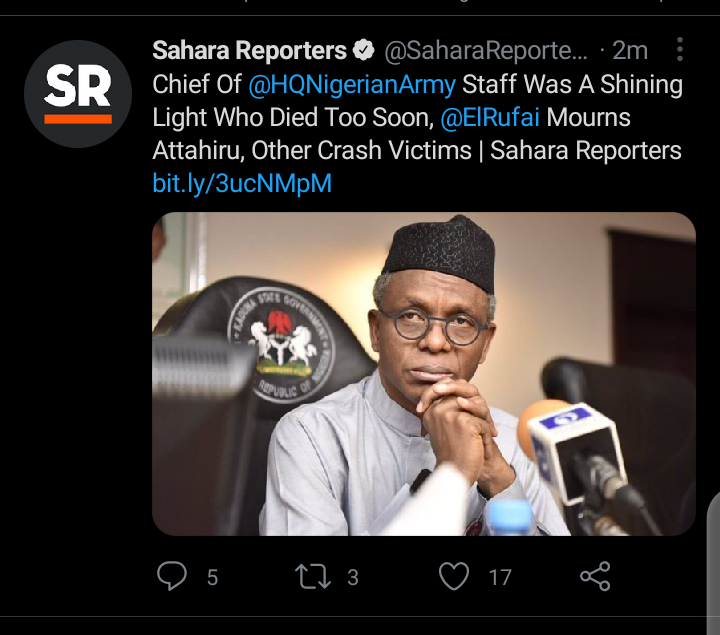 The Kaduna State Government has labeled the news of the tragic death of the Chief of Army Staff, Lt. Gen. Ibrahim Attahiru and others chiefs in a plane crash on Friday as sad.

The Kaduna State Government while reacting to tragic news of attahiru's tragic death released a statement which was signed by the Commissioner, Ministry of Internal Security and Home Affairs, Samuel Aruwan, said the government disclosed that the news was received with great sadness.

El Rufai described Lt.Gen. Attahiru as a shining star whose death has robbed Nigeria of an officer fighting to bring new drive to ensure stability and secure the country against terrorists.

In conclusion to the statement, He prayed for God to forgive their shortcomings and grant them eternal rest. 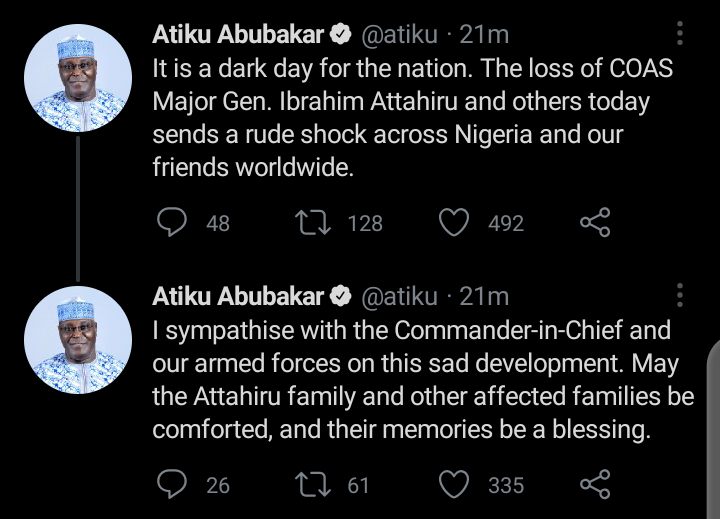 The former president of Nigeria, Atiku Abubakar has also reacted to the death of the chief of army staff.

In a tweet he released via his official tweeter handle, he said," it's a dark day for the nation. The loss of COAS Major Gen. Ibrahim attahiru and others today sends a rude shock across the Nigeria and our friends worldwide."