Bokoharam & Banditry Attacks: How The Fall Of Gaddafi Led To The Proliferation Of Weapons In Africa

By Rukkyupdates (self media writer) | 26 days ago

Libya, the country that once had the best living standards in Africa with less people in poverty than Amsterdam become the Tesco supermarket of the world’s illegal arms trade. A terrorist arms bazaar of unprecedented proportion that would forever change the face of Africa. Remember folks, Colonel Gadhafi had once feared an inevitable western invasion of Libya to topple his regime, and in preparation created arms and ammunition depots throughout Libya that would become the 4th largest stockpile of arms in the world. 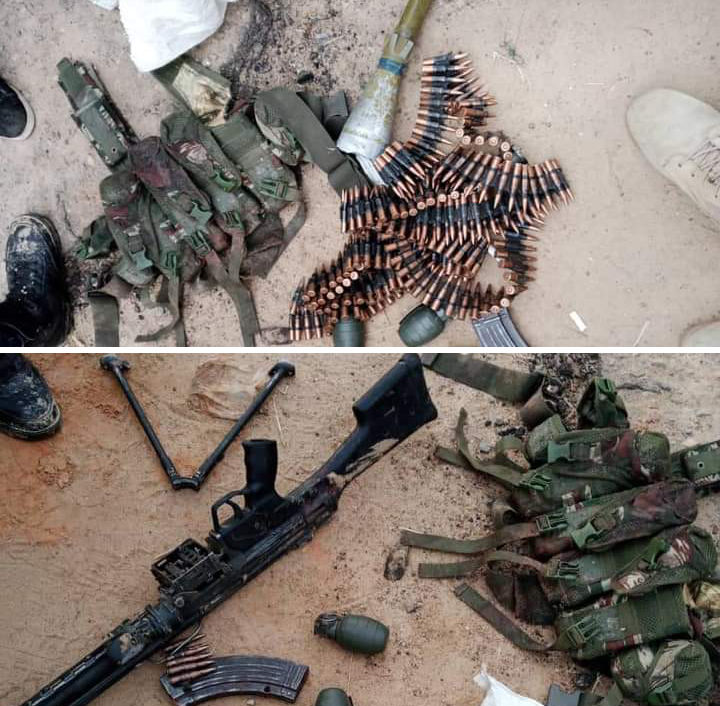 His plan was to employ a "people’s war" strategy where after an invasion arms would be distributed to the general population. He had one million firearms. He had a healthy fear of American air power and amased 24,000 MANPADS. After the 2011 NATO attack and the topling of his regime, the state lost control over those depots and the French resisted all efforts to secure or destroys those arms depots.

It is this large quantities of arms that were illicitly trafficked to Gaza, Mali, the Sinai, and Syria. In Mali, transfers from Libya qualitatively enhanced the military capacity of insurgent groups by supplying military grade weapons that had previously been unavailable. The western borders of Libya to Niger in the south, was the focus points for illicit trafficking from Libya.

That is why many people wondered how a previously obscure terrorist group could seize half of Mali in less than a month, or carve out and hold territory the size of Costa Rica in Nigeria for almost a year? or turn ISIS into a Caliphate in Syria and Iraq? In November 2014 a political associate of Chadian President Idriss Deby, Mr Baharat Gnoti was arrested by border guards with 19 SAM2 missiles he purchased from the Sudanese army that was meant for delivery to Boko Haram in northeast Nigeria. A defiant Mr. Gnoti claimed that President Idriss Deby gave him the funds to purchase the weapons and waved a presidential pass issued to him by Mr. Deby’s office in order to get past border guards.

The guards got suspicious and he was stopped and searched. Whats interesting is that this came mere months after Idris Derby swindled the Nigerian government out of millions of dollars in a sham ceasefire agreement with Boko Haram that did nothing buy the jihadi group time to recover. However, terrorists attack has led to a powerful Nigeria which is a win for Africa. Regionally it will be the end of foreign influence in West Africa. Nigeria now have military arsenals that can stand against any other African countries.

Say These Midnight Prayer Points For The Week