No fewer than three Nigerian soldiers and 20 Boko Haram insurgents lost their lives on Saturday as the military tried to recapture Maiduguri town, the Borno state capital. 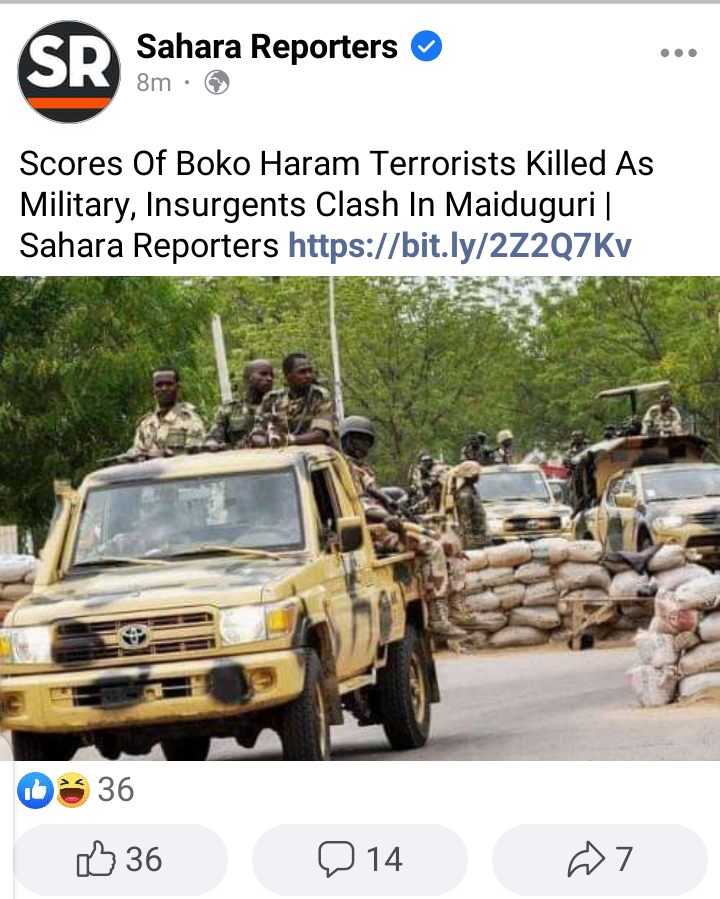 The insurgents were said to have invaded 777 housing estate, on the outskirts of Maiduguri metropolis around 10: 15 pm on Saturday.

A report by Peoples Gazette says Air Force fighter helicopters were immediately deployed to prevent the insurgents from taking over the area. 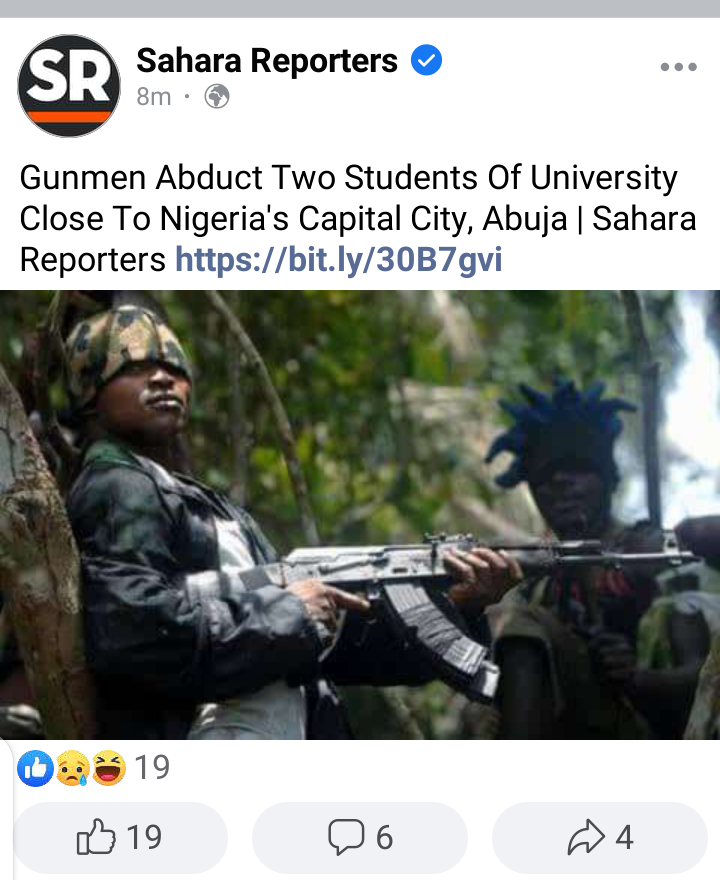 The kidnappers invaded the Mararaba community hosting the university between 7 and 8 pm, shooting sporadically and succeeded in kidnapping two students of the Institution, Vanguard reports. 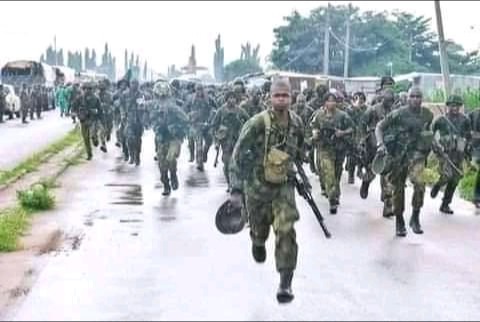 Meanwhile, unconfirmed reports obtained by the newspaper on Sunday stated that, one Hon. Yahaya Adams (Major), the first son of Zafir Yahaya Adams, was kidnapped last night alongside the students.

A Niger Delta activist, Asari Dokubo, speaks on the state of the nation in this interview with Chukwudi Akasike

A lot is happening in the country, but you have been quiet. Why is this so? 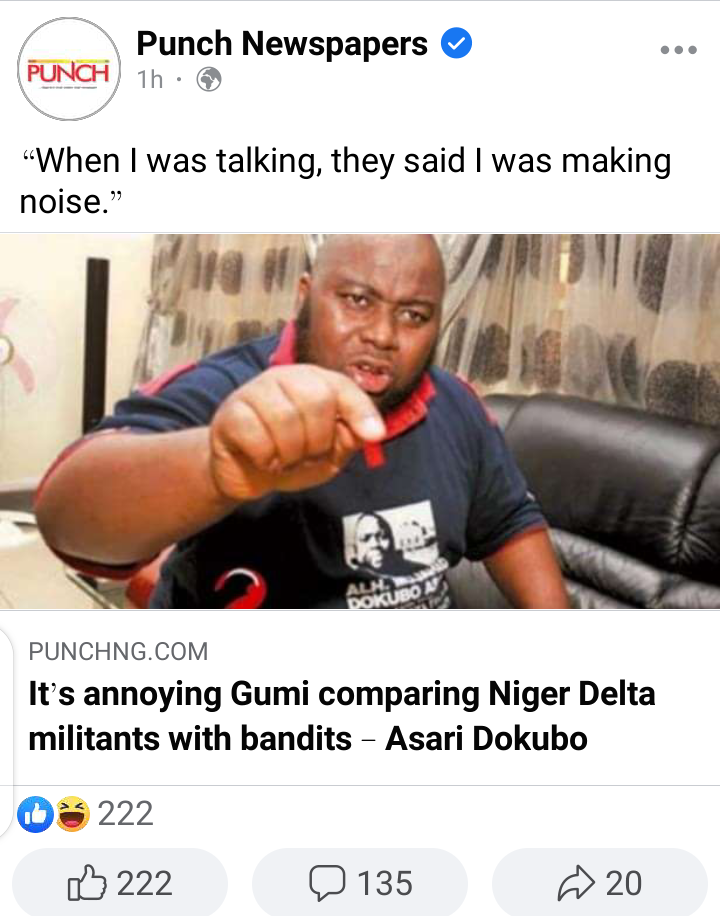 Labour unions in the aviation sector have begun discussions with the Federal Government on workers’ welfare and the repayment of about $1bn loan which the Federal Airports Authority of Nigeria would bear once the concession of the country’s four major airports scales through. 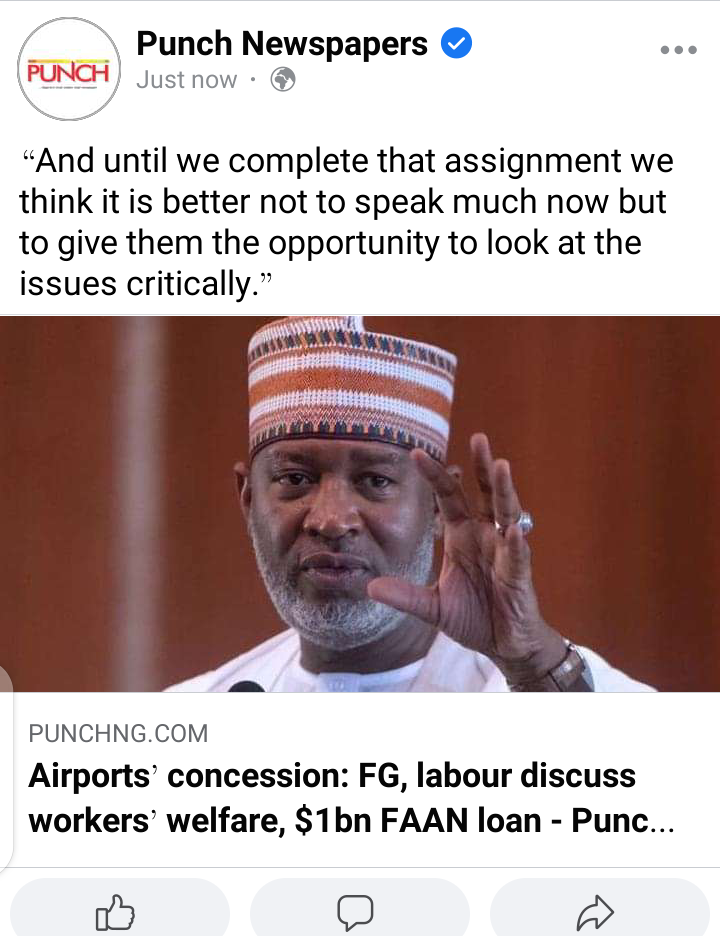 It was also learnt that the unions had gone through the Outline Business Case for the concession process and had submitted their concerns about the OBC to the Minister of Aviation, Hadi Sirika.

This came as senior officials of the Federal Ministry of Aviation told our correspondent that investors from all continents and global aviation centres were sending in applications for the concession of the airports.

I’m sure our colleagues have learnt from their mistakes – Onobun, Edo Assembly Speaker

The Speaker, Edo State House of Assembly, Marcus Onobun, speaks to ADEYINKA ADEDIPE on the elected members that have yet to be sworn in and other issues 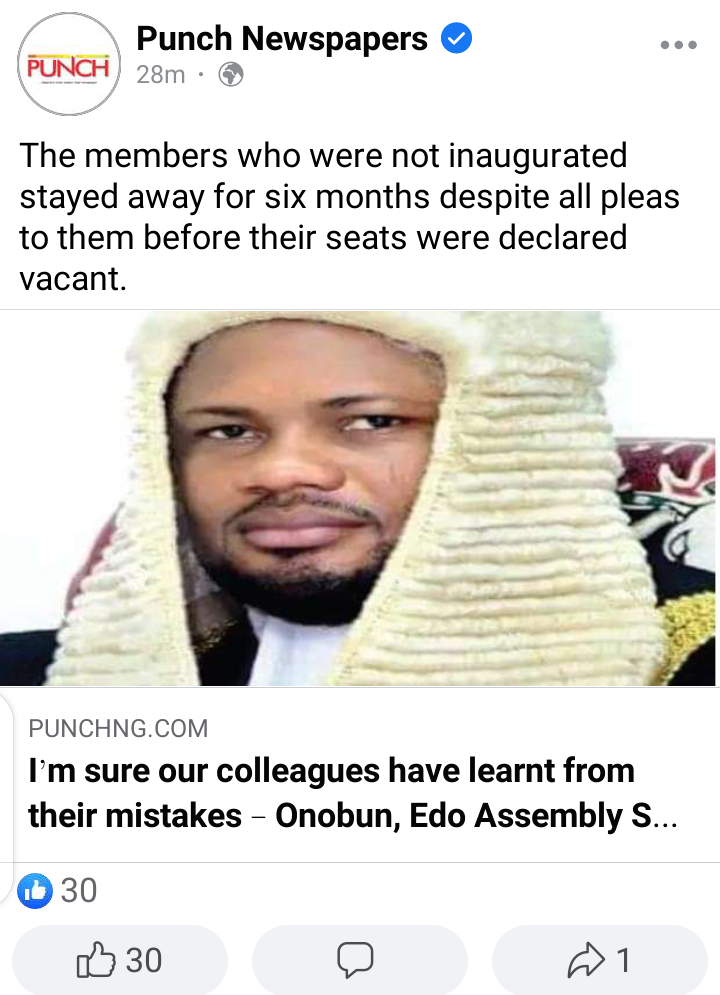 What is the current situation of things regarding the other members of the Edo State House of Assembly that have yet to be sworn in?