Gunmen have attacked St. Albert the Great Institute of Philosophy, a Catholic-run major seminary situated in Fayit community in Kagoma Chiefdom in the Jama’a Local Government Area of Kaduna State. 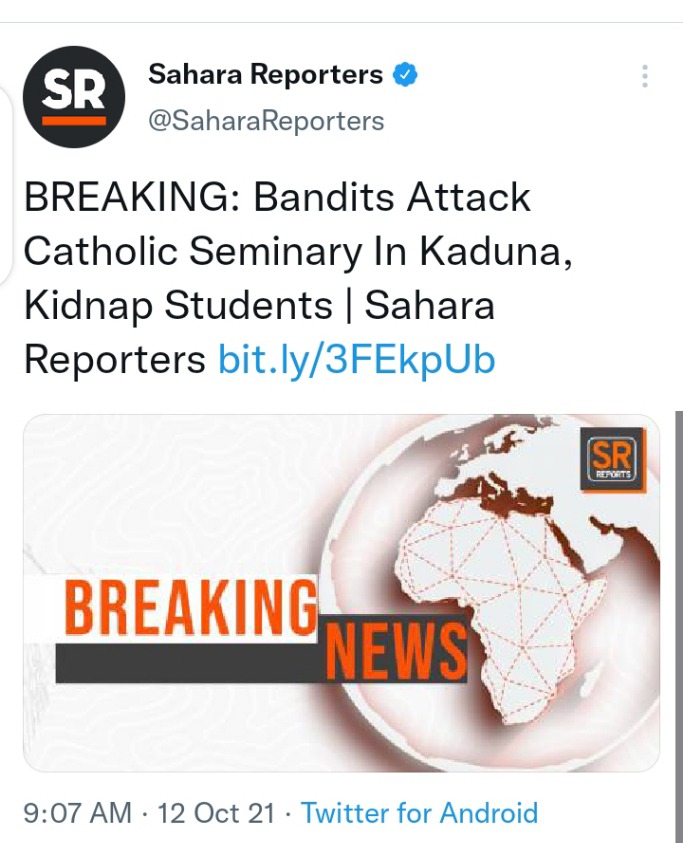 According to NewsWireNGR, the bandits attacked the seminary on Monday night.

The criminals invaded the school at about 8pm and began shooting sporadically, causing a pandemonium in the area.

According to a source close to the school, the operation lasted more than an hour before local hunters and vigilantes intervened and "chased the terrorists away."

It was also discovered that some students were kidnapped by terrorists, while others were injured. 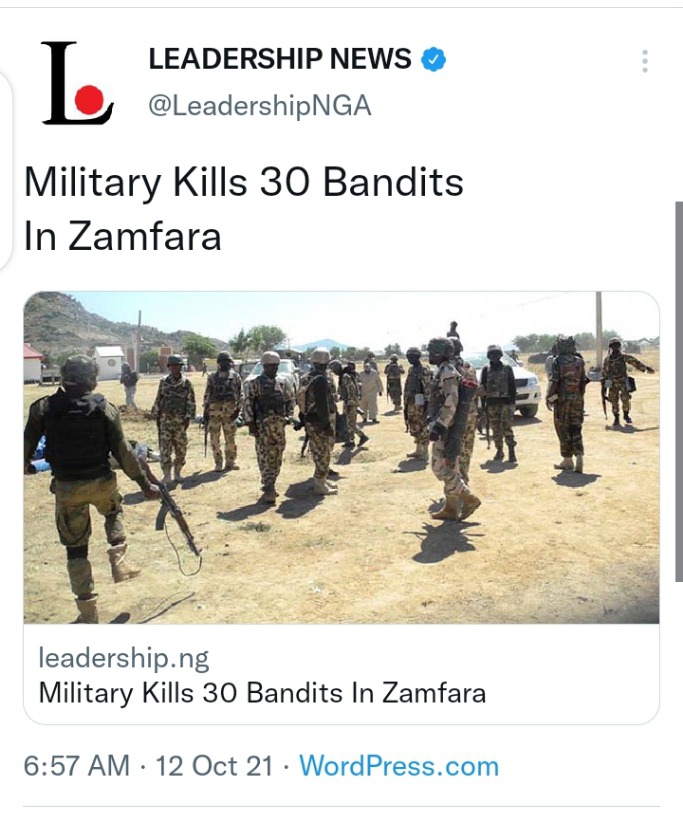 This is just as troops of Operation Hadarin Daji killed over 30 bandits terrorising Zamfara State. The attack on Aulari was executed by a group of ISWAP fighters who tried to overrun the town, West of Bama but were repelled by the ground troops with air support from NAF fighter jet.

According to military sources, the troops successfully repelled the attack, and the defeated terrorists withdrew into the Sambisa Forest. A retired official of the National Drug Law Enforcement Agency (NDLEA) in Benue State who was kidnapped by hoodlums has been released. 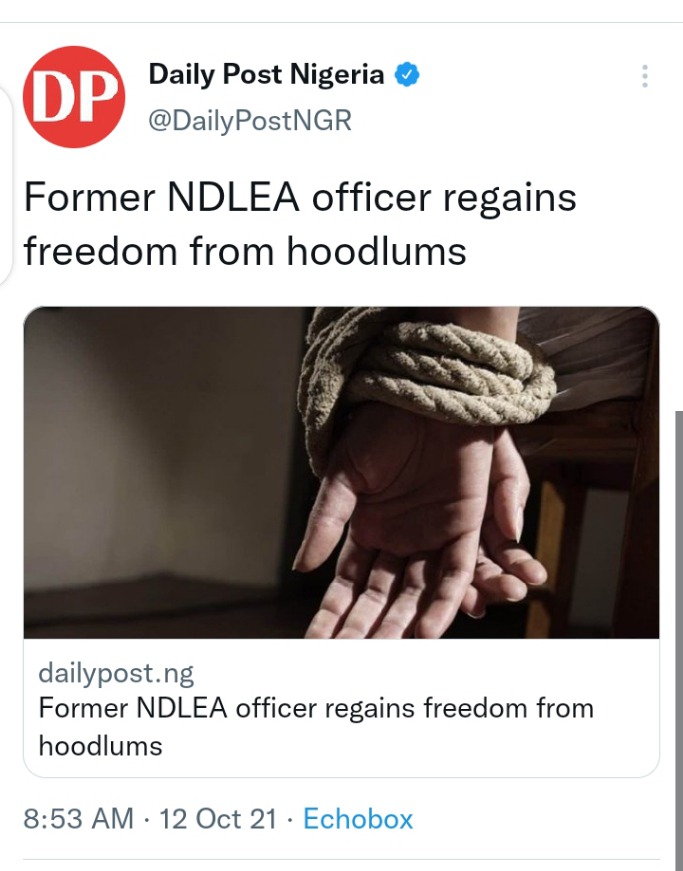 The retiree regained his freedom a day after the hoodlums kidnapped him in his home, according to DAILY POST.

The former NDLEA officer was abducted after NDLEA officers arrested a 19-year-old suspected drug dealer, Mngunengen Achir, in Aliade, headquarters of the Gwer East Local Government Area of the State.

The 19-year old suspect was arrested with 5.5 kilogrammes of cannabis and 112 grams of Diazepam on October 6 in Aliade.

The hoodlums demanded for the release of the suspect in exchange for the former NDLEA officer, a request that was jettisoned by the agency.

The former NDLEA officer, however, was later released unconditionally.

There is no bad blood between Tinubu, Osinbajo – Buhari’s aide, Ojudu

Senator Babafemi Ojudu, the Political Adviser to President Muhammadu Buhari has insisted there is no rift between Vice President Yemi Osinbajo and the National Leader of the All Progressives Congress (APC), Bola Tinubu. 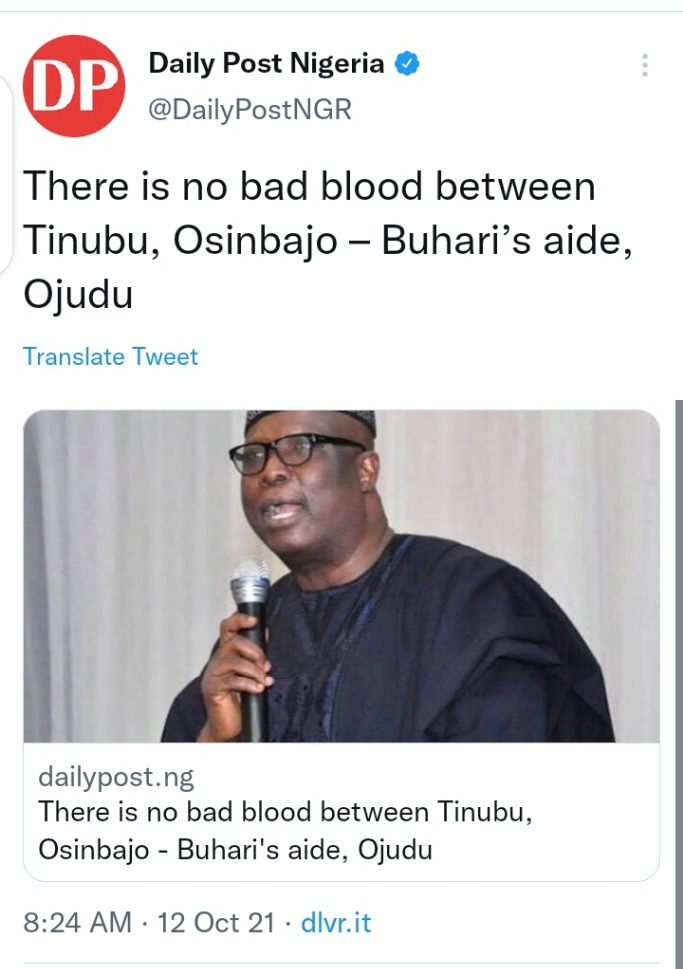 According to him, both Tinubu and Osinbajo are in the same political family.

In a statement issued on Monday, Ojudu also stated that the Independent National Electoral Commission (INEC) has not given the go-ahead for any political activity.

He stated these in reaction to reports and a live TV programme where “two persons supposedly representing Asiwaju Support Group and Osinbajo Support Group were pitched against each other.”