Just a while ago the Nigerian Army has disclosed that its troops have killed four bandit commanders, however, ongoing news about State Security Service (SSS) working with bandits to sabotage the Nigeria Government has surfaced, and this is indeed shocking as Peoples Gazette has revealed this via their official Twitter handle. 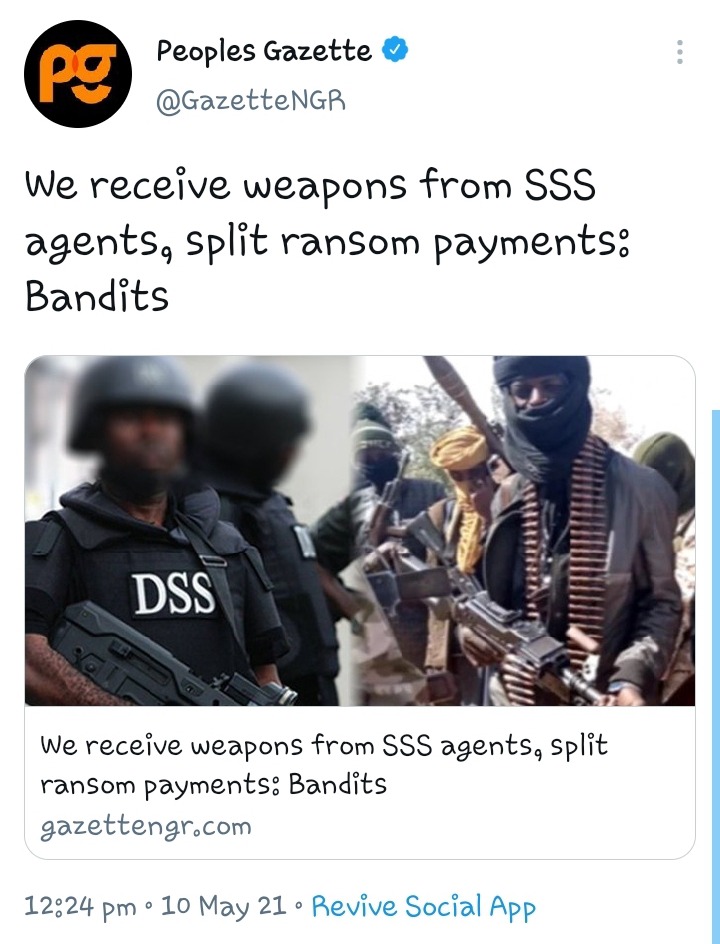 According to the News shared by Peoples Gazette Nigeria, notoriously armed bandits which are known to be terrorizing different parts of Nigeria have revealed that they have been obtaining arms and ammunition from operatives of the State Security Service and frequently split ransom payments received at gunpoint with them.

According to the given testimony by caught bandits, the criminals revealed to Deutsche Welle in a recent report that they “borrow weapons” from the state agents and then go to work to share the gains with them. They also revealed that bandits some police officers have been a part of the conspiracy that has fueled insecurity across Nigeria which President Muhammadu Buhari has been accused of being too lazy to address.

A spokesman for the State Security Service, however, did not return a request seeking comments from Peoples Gazette News about whether or not the secret police knew about any possible alliance between its officers and the so-called armed bandits wreaking havoc across the country. 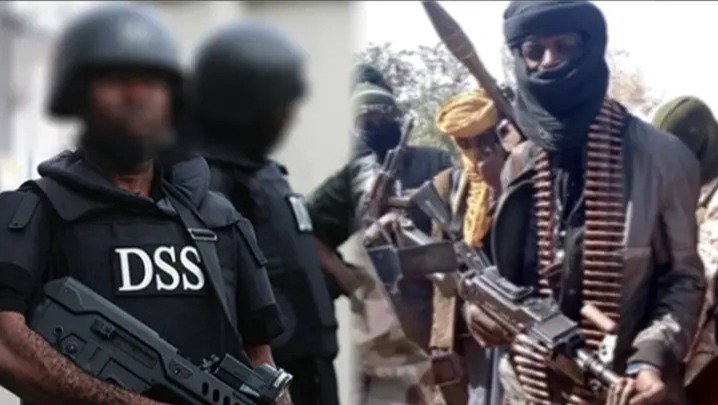 The report surfaced amidst widespread claims that Nigerian security forces are fueling insecurity for financial benefits across the country. Recall also in the year 2018, Theophilus Danjuma, who is a former chief of army staff, claimed that the Nigerian military and other state agents were actively supplying weapons to violent criminals waging a war against minority rural settlers in Nigeria’s north-central.

However, the Buhari-led administration has further denied the allegation, but several indications have emerged repeatedly since then that appeared to show that the government was not as concerned about the raging crisis.