By Pan-African_Broadcast (self meida writer) | 9 months 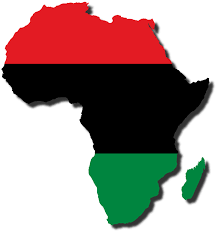 Niccolo Machiavelli once said, "politics have no relation to morals", but first, let me be emphatically clear that my position on issues that concern the sociopolitical and economic affairs of my country Nigeria and the continent has never been more closer to my heart than it is now.

Our education and exposure is useless if we fail to impact positivity in the society, likewise political achievements becomes nothing when those in corridors of power as well as leaders fail to protect the wider interest but self interest. I'm afraid to say that only a few can boost of the unusual magic of exhibiting high morals of indifference, the ability to stand by truth and transparency irrespective of what to gain or lose. I doubt we still have that in our present day leadership, be it at national, state or local stages; Our leaders have failed to lead us right and no one's opinion matters but theirs!

Now back to the subject matter, it saddens me to know that some fellows who have been engaged in the business of defending failure of leadership in society and indeed our politics merely for personal gains. They publicly declare that "you can't oppose your master and get away with it"; therefore, maintain loyalty in midst of degradation and injustice. [I LAUGH IN KISWAHILI]. If i may ask, Is this school of thought making any sense to contemporary politics? And what becomes the sweetness of a democracy if we can't have different opinions?? What a shallow and ignorant mindset that needs to be decolonized!!!

Moreso, our generation must be able to understand the science of "cause and effect" with regards power play. As an economist, a political scientist and presently a student of international affairs; I can say without any fear or favor that poverty and ignorance has always resorted to such level of thinking, meaning we are always subjected to how we see ourselves. It is also important to note that there is no smoke without fire and in the same way that no prodigy would oppose the will of his master if there is absolute justice in the circle, and of course, there is always a limit to endurance in a system of injustice.

Importantly, our leaders must also understand that the dynamics has changed and politically unhealthy for them to remain on the same stage and although, it is like a norm in Africa to have same horses on the stable, most African leader love the idea idea of being in power until death. Clearly this has always ended up either by forcing them out through the barrel of the gun; as Mao Zadong would say, "Political power emanates from the barrel of a gun" -or the people demands taking a bow... Recent history tells us about the Arab spring with the revolution in Egypt that ousted President Hosni Mubarak after his 3 decades of rule, the uprising in Ben Ali's Tunisia and In Libya where Colonel Gaddafi was killed by his own people who were dissatisfied and many more events that took place in North Africa and the middle east. Although, there are different views and stories to the rise of the Arab spring but one thing is certain, only the people determines a stay or exit of power no matter the factors involved, be it internal or external, state or non state actors; Cut it short, it is clear the above leaders never had the backing and support of the people.

In conclusion, failure in leadership is the most critical factor that diminishes our nation's hope of getting it right. We do not need leaders who take the people for granted, leaders who take our country's hard earned democracy for a ride, we do not need leaders who bank on religion and ethnicity differences as a tool or panacea for Political interests. This has been the reality in Africa. -They may get others fooled but some of us will rather live by conscience of truth and justice with the simple opinion that things must be done the right way to keep our country and continent moving in the right direction. Nigerians are tired and the youths are faded, the revolution making clouds is gradually thickening. This is a call to whoever it may concern that only in the international system where absolute power is used by superior economies who also posses Military capacity to opress the weak. Nevertheless, ours is different. "If we can't have drones and guns to fight back oppression, we would pick up sticks and stones" this as stated by Hans Morgenthau.

Who Is The Funniest Among These 7 Nollywood Celebrities?