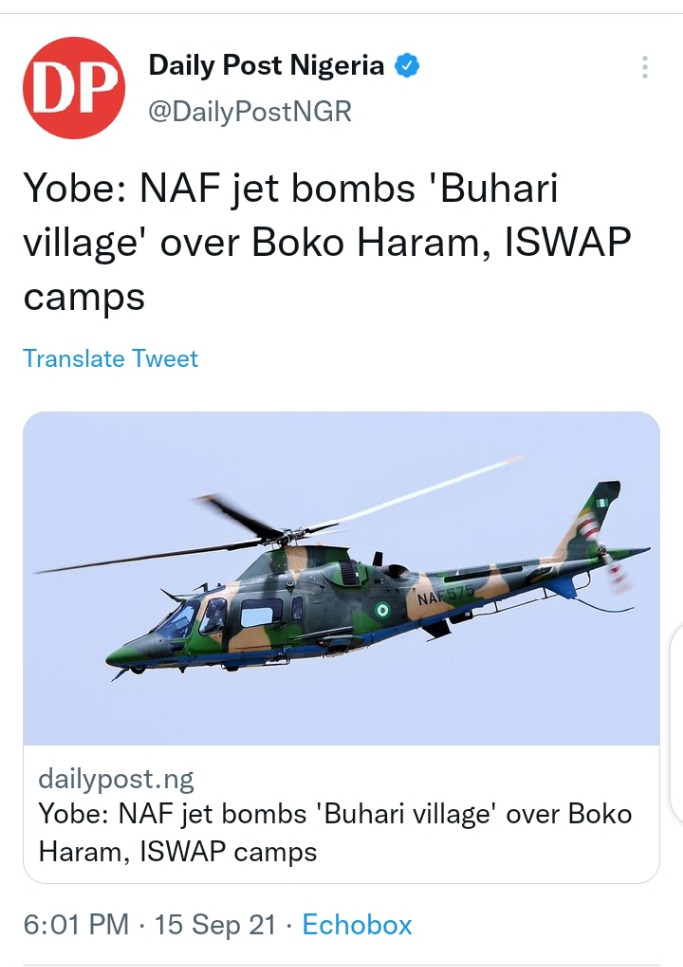 The DAILY POST has learned that the Buhari village was used as a hideout by Boko Haram and ISWAP members.

According to a source who spoke to DAILY POST, terrorists use the village as a base from which they attack both the Yunusari and Gaidam areas of the state.

However, the source, who did not want to be identified, stated that the military attack was carried out after proper intelligence gathering. 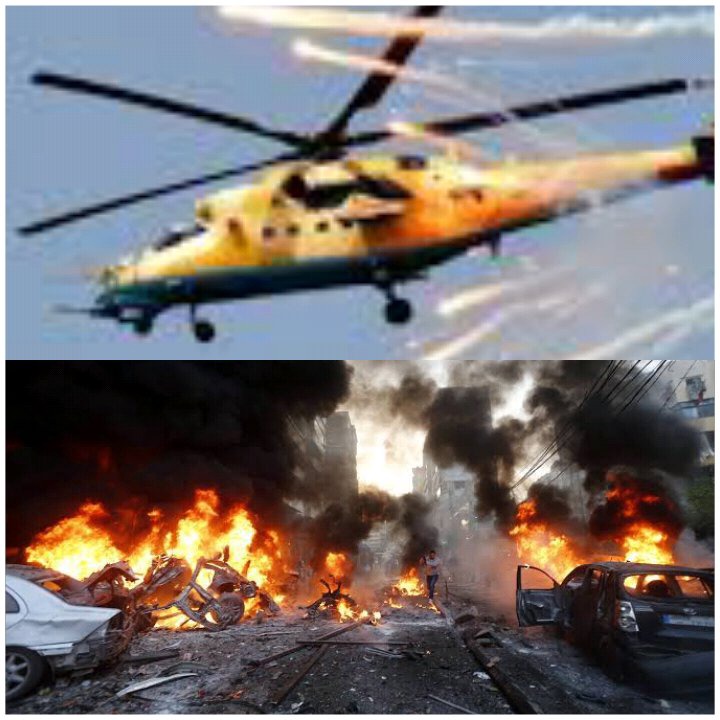 The Presidency has faulted Yoruba Nation agitators for ‘keeping association’ with Indigenous People of Biafra. 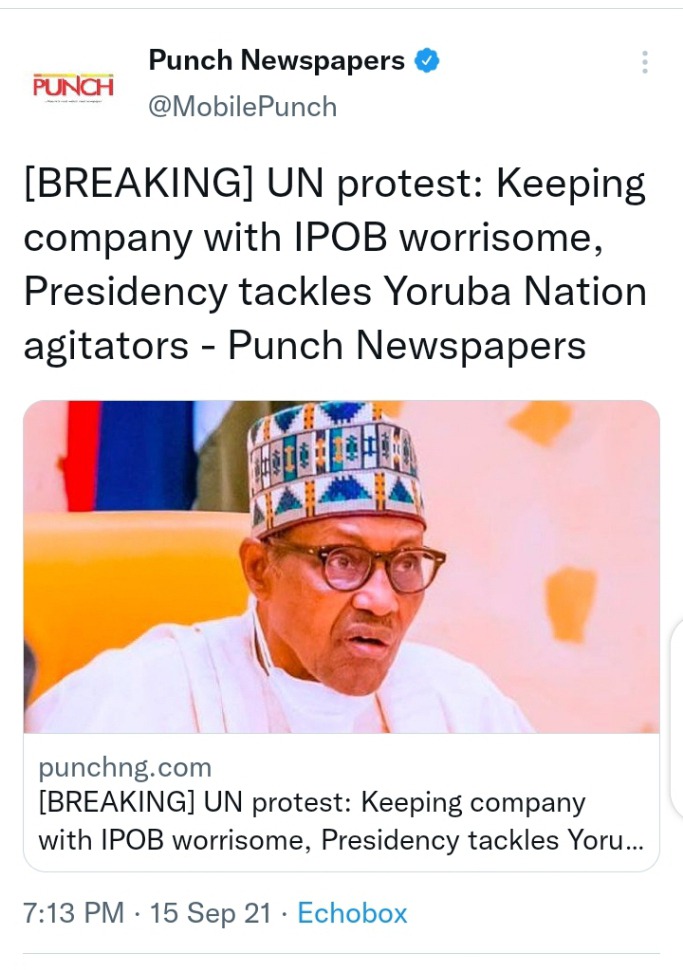 The announcement was made in a statement by Garba Shehu, Senior Special Assistant to the President on Media and Publicity.

The statement comes in response to a Yoruba Nation, IPOB agitators, and others' ongoing protest at the United Nations headquarters in New York.

The Nigerian government also threatened to judge the Yoruba Nation agitators by the company they keep, saying that no one should take them seriously.

no recoveries yet -Malami writes 36 Governors

The Minister of Justice, Abubakar Malami, SAN, has written letters to the Governors of the Federation's 36 states in order to comply with the audit and recover back years of stamp duty from January 15, 2016 to June 30, 2020. 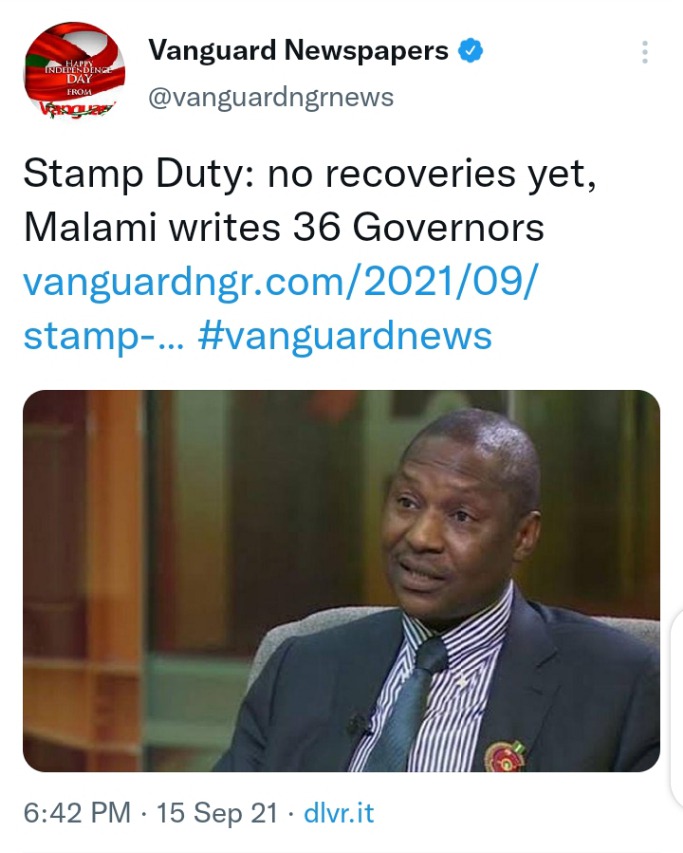 Dr. Umar Gwandu, the Minister's Special Assistant on Media and Public Relations, made the announcement on Wednesday in Abuja.

“Pursuant to Mr President’s approval and directives, I also wish to request Your Excellency to direct the State Ministries, Departments, Agencies, and Regulatory Institutions of Financial Sector to engage and grant access to the appointed Recovery Agents for the purpose of the Audit and Recovery of Stamp Duty to ensure that all established liabilities are remitted as appropriate,” the letter reads in part.

The Speaker of the House of Representatives, Femi Gbajabiamila, has stated that there is no difference between “separationist activists” in the country's South-West and South-East geopolitical zones and deadly Boko Haram terrorists. 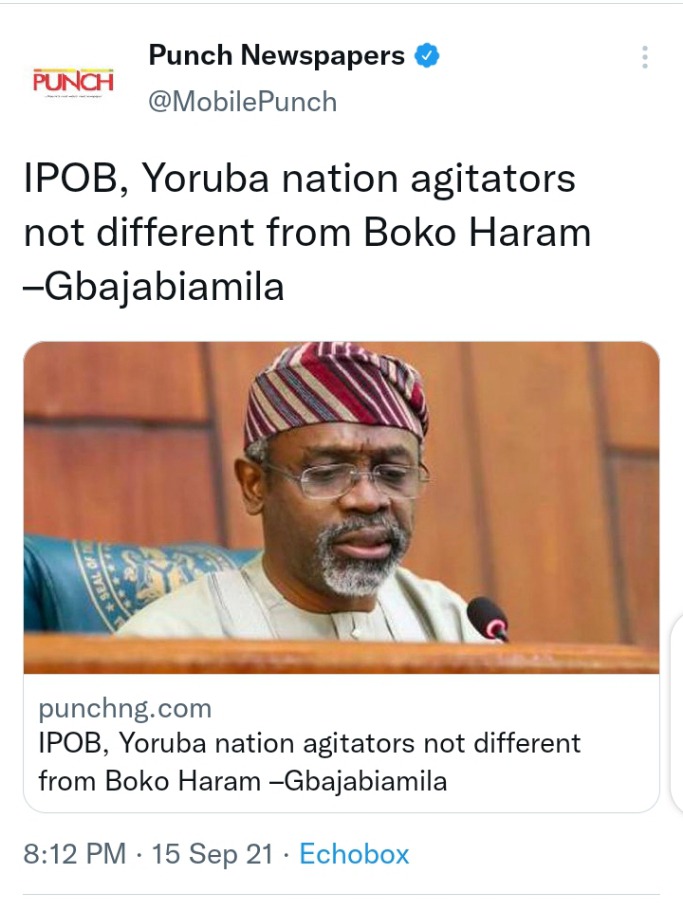 Gbajabiamila stated this in his speech on resumption of the House of Representatives from the 2021 annual legislative recess on Wednesday.

He expressed deep concern about the country's growing insecurity and assured Nigerians that the country's Parliament was ready to assist relevant government and security agencies in combating the scourge.

Prosperity Is Not Just About Having Money - Pastor David Ibiyeomie

Reactions As Temi Otedola’s Boyfriend, Mr Eazi Splashes Over 8.3 Million At A Club In Lagos

BBNaija 2021: “I Want Nothing But Friendship From You” – Nini Tells Saga

Checkout How Viewers Voted For Nini, Saga And Queen

Reactions as Mr Eazi Spends Over N18.3M at a club in Victoria Island