It is quite true that a lot of people have pushed for the arrest of the controversial Islamic scholar Ahmad Gumi but Nigeria's Chief of Defence Staff, General Lucky Irabor has said that Gumi should not be hated because he is playing his part to tame the menace of insecurity in the country and would not be stopped by the military. 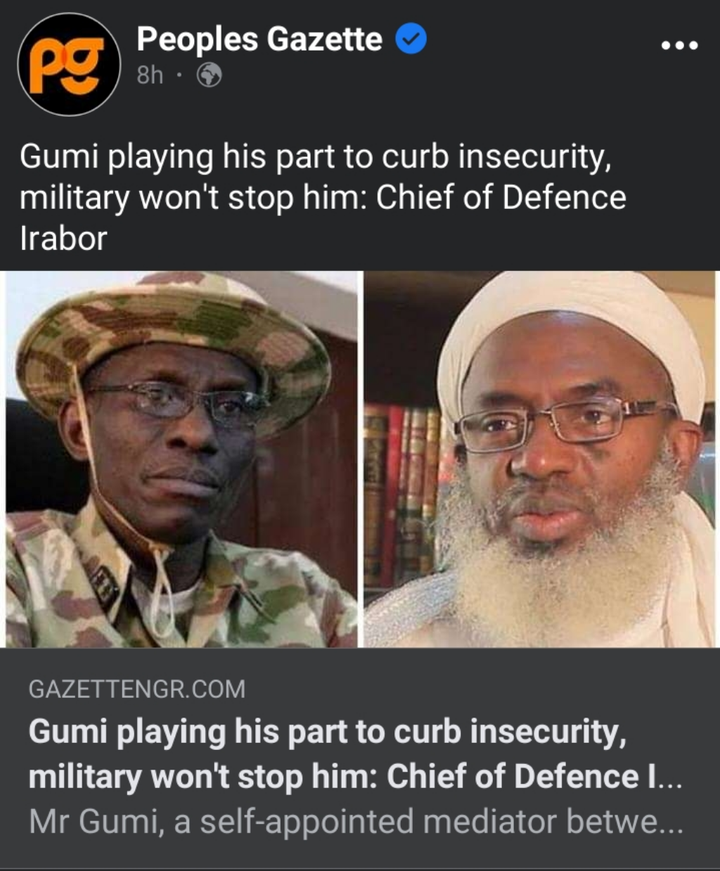 According to the Peoples Gazette, Mr. Irabor noted this while speaking at the ministerial briefing organized by the presidential communications team at the Presidential Villa, Abuja. The Chief of Defence Staff was quoted as saying that while does not work for the military, the military will not prevent anyone from making their contributions to the country's security. 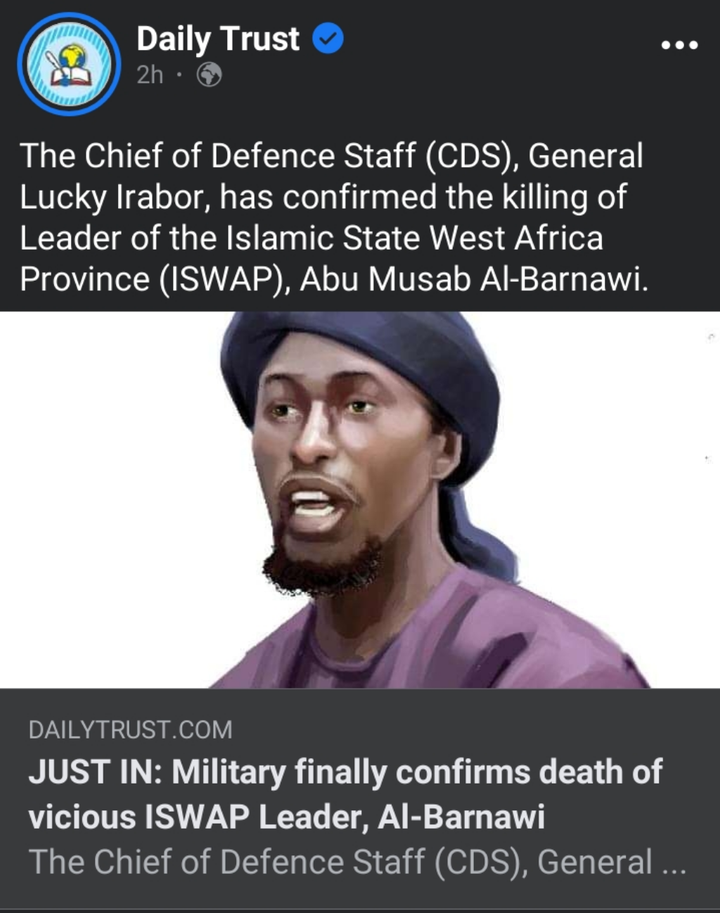 Also during the ministerial briefing on Thursday, the Chief of Defence Staff(CDS), General Lucky Irabor confirmed the killing of the leader of the Islamic State West Africa Province(ISWAP), Abu Al-Barnawi, who had died in August.

General Irabor authoritatively confirmed the killing of Abu Musab while speaking at the ministerial briefing in Abuja.

Over 13,000 Boko Haram terrorists with their families surrender in North East

The total number of surrendered terrorists was disclosed by acting Director, Defence Media Operations, Brig.-General Bernard Onyeuko while he was given an update on military operations across the country on Thursday in Abuja.

The 13,000 terrorists which comprise 3,243 males, 3,868 females, and 6,234 children surrendered after the troops of Operation Hadin Kai had sustained aggressive posture with vigor in the North East. So, the terrorists surrendered due to the yielded significant results of the series of land and air operations performed in different locations across the North East theatre, which drastically reduced the operational capabilities of the insurgents.

According to Mr. Onyeuko, the series of land and air operations conducted in different locations across the North East theatre reduced the operational capabilities of the insurgents with several of them being neutralized. According to him, a total of 29 terrorists have been killed in the operation and the troops also arrested 13 terrorists including their informants/collaborators as well as their logistics suppliers. The National Chairman of the All Progressives Grand Alliance(APGA), Mr. Victor Oye has predicted a landslide victory for the party in the November 6 governorship election in Anambra. He hinged his prediction on the achievements of the party through Gov. Obiano in the last eight years.

Speaking during an interview on Channels Television's Politics Today, he said that there is no political party that can confront APGA in Anambra State because the ruling party has delivered the dividends of democracy to the people of the State and as so won their trust.

Mr. Oye also said that the people who defected to other parties still work for the ruling party despite being a member of different parties.