By Hotnewsforyou (self meida writer) | 8 days 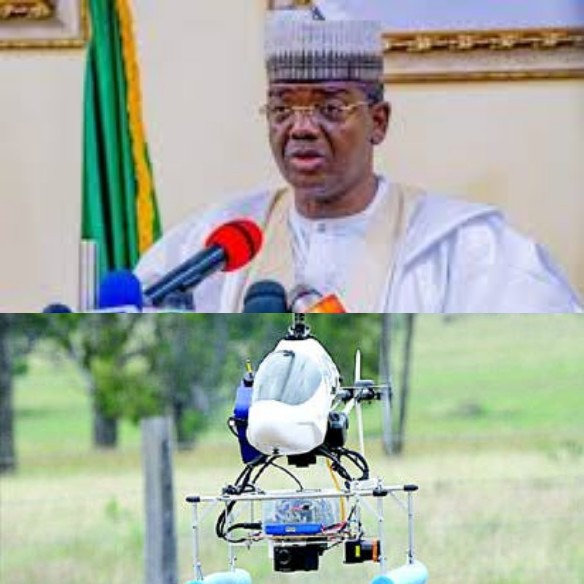 Chairperson, House of Representatives Committee on Science and Technology, Hon. Beni Lar has revealed that the country has some homemade drones and other scientific innovations to track and detect terrorists and Kidnappers in their locations.

He pleaded with Nigerians not to lose hope, assuring that the drones will soon be deployed.

Lar spoke after being honored with an award of excellence for delivering tangible innovations in the science and technology sector of the economy by the Federal College of Veterinary and Medical Laboratory Technology, Vom, Plateau State on Thursday in Abuja.

Attacks on S’East: The East Cannot Afford Another War At Present

The people of the South East region have been urged to explore the power of negotiation and mutual settlement in the face of ongoing killings and security challenges in the zone because the east can not afford another war at present.

Stakeholders from the South-East geo-political zone remarked on Thursday, at the unveiling of the book, “Igbo, 50 years after Biafra,” written by Special Adviser to Lagos State Governor Babajide Sanwo-Olu on Drainage Services, Joe Igbokwe, held at Ikeja G.R.A.

Speaking at the unveiling of the book, the chairman of the occasion, Mr. Cutis Adigba, urged the people of the South-East to learn to build bridges across the country, so that they can realize their ambition of producing the next president of Nigeria.

Woman arrested for using children as beggars in Lagos

The Lagos State Police Command has arrested a woman popularly known as Mama Ajayi, for allegedly using children to beg for alms in the Chisco area of Lekki, Lagos.

This is just as a hotel attendant was arrested, following a complaint by a guest that he sneaked into her hotel room at night to assault her sexually.

The Federal Government is harnessing opportunities to create jobs for Nigerian youths, says the Minister of State for Transportation, Senator Gbemisola Saraki.

Saraki stated this on Thursday during a courtesy visit to Governor Inuwa Yahaya of Gombe State.

She said that the Federal Government was working to reduce unemployment rates amongst graduates and non-graduates through job creation and revamping of the transport sector and others.

Governor Bello Matawalle of Zamfara has urged judges in the state not to be lenient with bandits and be patriotic in handling their cases.

This is contained in a statement signed by Mr. Yusuf Idris, the Director-General of Media to the governor, issued to newsmen in Gusau on Thursday.

The governor appealed when he hosted judges and legislators to the breaking of the Ramadan fast.

He said judges handling banditry cases should be patriotic and show no mercy as part of their contribution to ending banditry and kidnapping in the state.

The Niger State Government has urged residents to disregard a viral video of heavily armed purportedly moving into some parts of the state.

The state government made the call in a statement issued in Minna on Thursday by Mallam Mohammed Idris, the Commissioner for Information and Strategy.

” Our attention has been drawn to a viral video of heavily armed said to be at the entrance of a town purported to be Niger State territory, Nigeria, but discovered to be far away from Chad.

Beautiful Pictures Of Actress Bukunmi Oluwasina As She Celebrates Her Birthday