Operation Lafiya Dole(OPLD) troops recorded a huge success in the fight against terrorism while conducting another operation called "Operation Tura Takaibango", after they successfully inflicted heavy casualties on ISWAP and Boko Haram terrorists in Geidam the Headquarters of Geidam LGA of Yobe State.

The terrorists were said to have brought the fight to the troops, after they attacked a border town, and destroyed about three telecommunications masts and looted some private shops, but while they were escaping, the troops that were stationed close by were said to have given them a hot chase and successfully killed about 21 of them in the process.

The killed terrorists, were said to have came with sophisticated weapons which the Nigerian army recovered from them. Weapons like, anti-aircraft guns, chargers, 8 Ak-46 with thousands of live ammunitions, and RPGs. They also had radios, mortars, IEDs and so on.

See photos of the recovered weapons below: 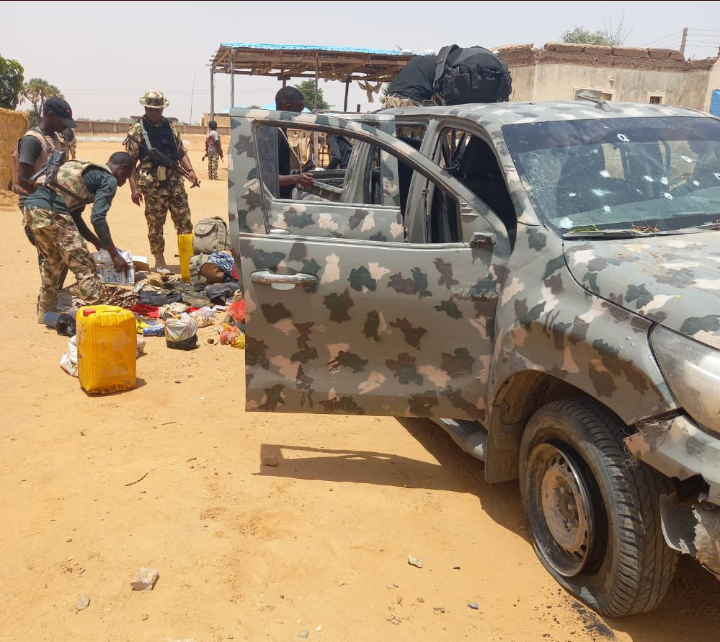 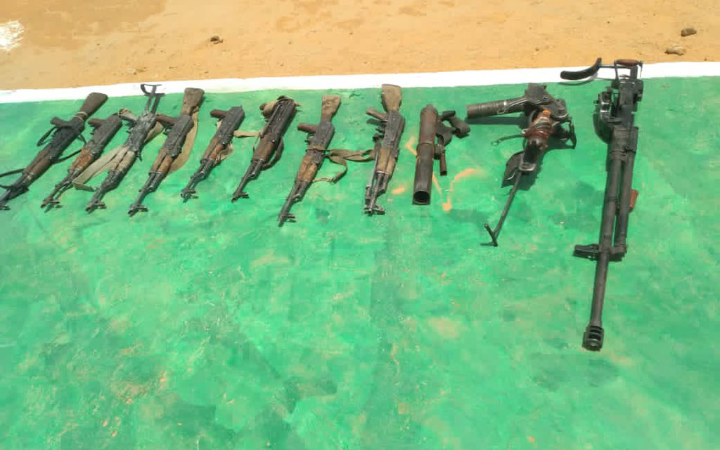 During the process of the attack, only 3 troops were said to have experienced injuries and they are in stable condition and being treated, meanwhile the army are still thoroughly combing the area in search of wounded terrorists. 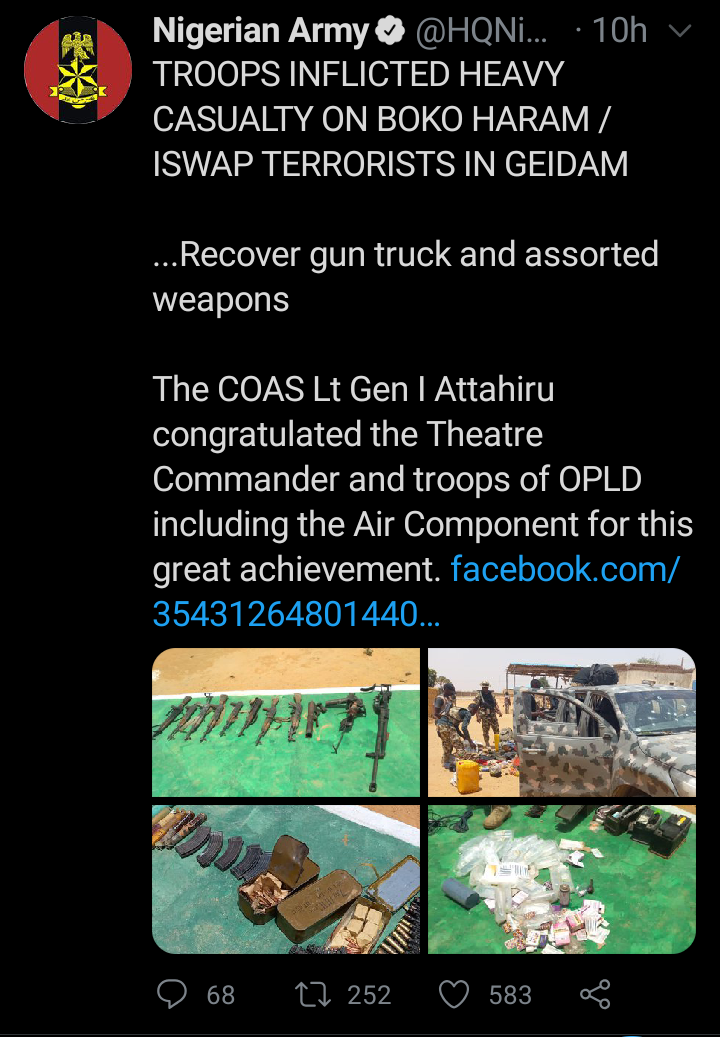