By DoctorSmile (self media writer) | 1 year ago

Dashrath Manjhi was born into a Musahar  family, at the lowest rung of India's caste system. He ran away from his home at a young age and worked in the coal mines at Dhanbad. Later he returned to the village of Gehlaur and married Falguni (or Phaguni) Devi.

Gehlaur was and remains a small village with few resources, and while it lies in a plain, it is bordered on the south by a steeply ascending quartzite ridge (part of the Rajgir hills) that prevented road access from the town of Wazirgan.

After his return to Gehlaur, Manjhi became an agricultural laborer. In 1959, Manjhi's wife Falguni Devi was badly injured and died because she fell from the mountain and the nearest town with a doctor was 55 km (34 mi) away. Some reports say she was injured while walking along a narrow path across the rocky ridge to bring water or lunch to Manjhi, who had to work away from the village at a location south of the ridge; other reports link the path across the ridge to the delayed care but not to Falguni Devi's injuries.

As a result of this experience Manjhi resolved to cut a roadway across the ridge to make his village more accessible. Manjhi felt the need to do something for society and decided to carve a path through the ridge so that his village could have easier access to medical care. 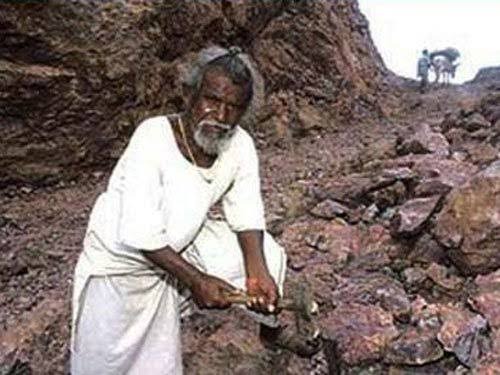 He carved a path 110 m long, 7.7 m deep in places and 9.1 m wide to form a road through the ridge of rocks. He said, "When I started hammering the hill, people called me a lunatic but that steeled my resolve." 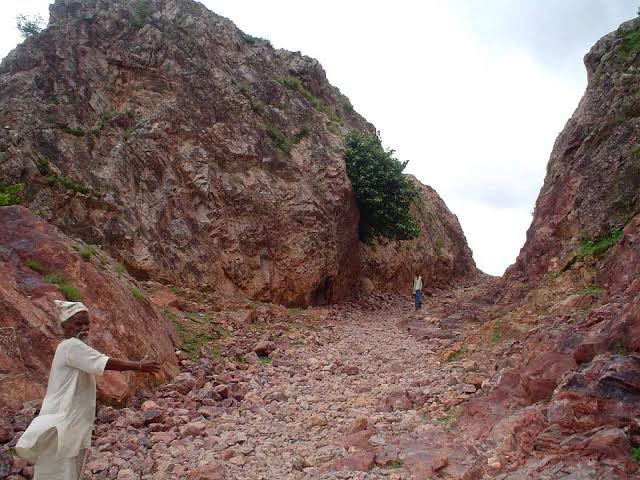 He completed the work in 22 years (1960–1982). This path reduced the distance between the Atri and Wazirganj sectors of the Gaya district from 55 km to 15 km. Though mocked for his efforts, Manjhi's work has made life easier for people of the Gehlaur village. Later, Manjhi said, "Though most villagers taunted me at first, there were quite a few who lent me support later by giving me food and helping me buy my tools."

Official roads between his village and Wazirganj and Atri and Gaya were only built where his path was after his death in 2007. 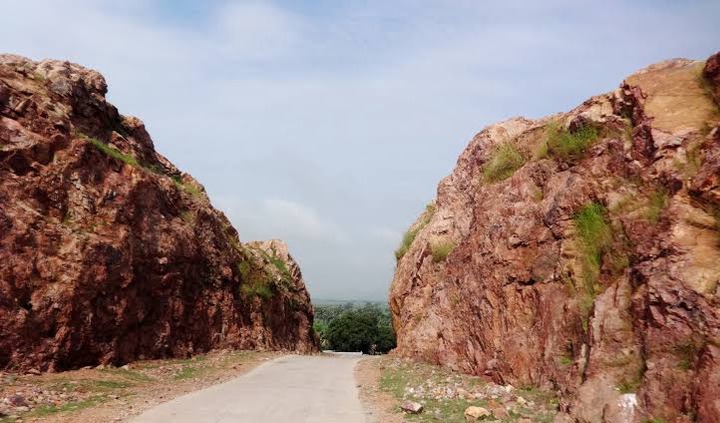 Manjhi was diagnosed with gallbladder cancer and was admitted to the All India Institute of Medical Sciences in New Delhi on 23 July 2007. He died at AIIMS on 17 August 2007. He was given a state funeral by the Government of Bihar.

For his feat, Manjhi became popularly known as the 'Mountain Man'. The Bihar government also proposed his name for the Padma Shree award in 2006 in social service sector.

A stamp featuring Dashrath Manjhi was released by India Post in the "Personalities of Bihar" series on 26 December 2016.