Meet The Man That Has Climbed Mount Kilimanjaro The Most.

By fasthint (self media writer) | 2 years ago

Kilimanjaro is the highest mountain in Africa and climbing it may be termed as a great achievement.

Many adventurers have tried to hold the record of the highest climber but have failed to meet the times of numbers that this Man has climbed the mountain.

Undoubtedly, many climbers have died while trying to climb this high mountain, many are still trying till today to climb the mountain.

Eddie Frank of Tusker has climbed the mountain for fifty years but he was not the one who has the highest records of the man that has climbed Kilimanjaro The Most.

But when it comes to holding the record, we think he’s got some way to go before he reaches the mark set by Rev. Dr. Richard Gustavovich Reusch (1891-1975). 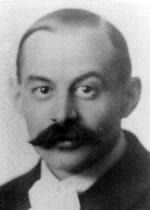 Most of you who have climbed Kilimanjaro or know a bit about the mountain will be familiar with the good doctor (pictured above), for he gives his name to the inner crater on Kilimanjaro’s highest peak, Kibo.

He was a missionary in East Africa and he discovered Kilimanjaro when he came to Africa. He lived a live of honor.

In 1929 he also went on to found the Mountain Club of East Africa along with Clement Gillman – who also, as many of you will know, has a spot on Kibo’s crater rim named after him. (Incidentally Reusch’s wife, Elveda, is also immortalised on the mountain, with one of the minor ‘summits’ between Stella Point and Uhuru Peak, on the southern crater rim, named after her.)

The man is the only man in the history to have climbed the mountain more than any other person.

In all, Richard Reusch is said to have summited somewhere between 65 and 75 times in all.