The First Tsunamis In The World

By Creativehubnews (self media writer) | 3 years ago

Tsunamis are most often generated by an earthquake induced movement of the ocean floor, although volcanic eruptions, underwater landslides and explosions, glacier carvings and meteor strikes can also produce them.

Despite most fictional representations depicting tsunamis that look like a standard breaking wave, this is not reality. Due to their increased wavelength, tsunamis are actually resemble a sudden surge, as if the tide was rapidly rising.

History of the Tsunami 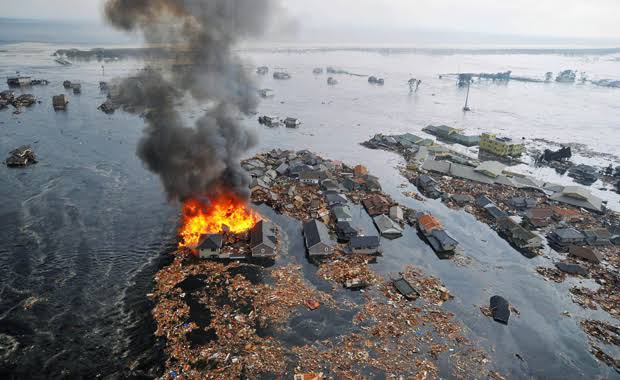 According to the National Geophysical Data Centre, the first recorded tsunami occurred off the coast of Syria over four thousand years ago.

When the island volcano of Krakatoa, Indonesia, exploded in 1883, tsunamis swept as far away as the English Channel. On the facing shores of Sumatra and Java, a tsunami caused such devastation and loss of life that one area was never resettled. It is now the Ujung Kulon Nature Reserve.

On 9 July 1958, a huge landslide caused a tsunami in the fjord-shaped Lituya bay, Alaska. It was the world’s tallest recorded tsunami with a wave 524 metres in height. 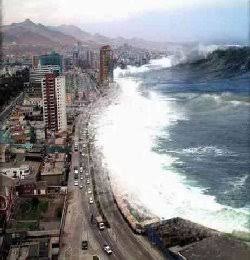 The majority of deaths associated with tsunamis are related to drowning, but injuries from the impact of being sucked into large debris (trees, buildings and rocks) are also a major cause of death.

One Indonesian woman spent five days in the Indian Ocean clinging to a sago palm before being rescued. Unbelievably, the 18 week-old foetus she was carrying also survived.

Tsunamis Around the World

On 26th December 2004, a tsunami travelled 375 miles in 75 minutes (faster than a commercial jet) before hitting the coast of Indonesia. The resulting disaster left a death toll of over 220,000 people. Its origin was a colossal nine magnitude earthquake deep under the Indian Ocean.

A tsunami is recorded on Australia’s coastline every two years, but most are small and classified as low risk. Although Japan doesn't see as many, with 195 incidents over 1313 years, it is probably the place that regularly experiences the most severe tsunamis.

90% of all tsunamis occur in the Pacific Ocean but Europe has been struck too. In October 1979, 23 people died when the coast of Nice, France, was hit by tsunami.

On 11th March 2011 the most powerful Japanese earthquake on record triggered a tsunami that swept away a vast swathe of coastline, killing thousands of people. The immense power of tsunamis was etched onto the global consciousness, with social media and 24-hour news allowing the world to see the scale of the disaster first hand.

A tsunami from the eruption of Krakatoa swept the English channel.

A wave 524 metres tall was recorded in Alaska.

A tsunami hits Australia every 2 years and Japan every 6.7 years.

90% of all tsunamis occur in the Pacific Ocean.

Content created and supplied by: Creativehubnews (via Opera News )