The Bermuda Triangle , also known as the

Devil's Triangle or Hurricane Alley , is a loosely defined region in the western part of the North

Atlantic Ocean where a number of aircraft and

ships are said to have disappeared under mysterious circumstances. Most reputable sources dismiss the idea that there is any mystery.

The vicinity of the Bermuda Triangle is amongst the most heavily traveled shipping lanes in the world, with ships frequently crossing through it for ports in the Americas,

Europe and the Caribbean islands. Cruise ships and pleasure craft regularly sail through the region, and commercial and private aircraft routinely fly over it.

extraterrestrial beings . Documented evidence indicates that a significant percentage of the incidents were spurious, inaccurately reported, or embellished by later authors.

The earliest suggestion of unusual disappearances in the Bermuda area appeared in a September 17, 1950, article published in

Fate magazine published "Sea Mystery at Our Back Door", [3][4] a short article by George Sand covering the loss of several planes and ships, including the loss of Flight 19 , a group of five US Navy Grumman TBM Avenger

torpedo bombers on a training mission. Sand's article was the first to lay out the now-familiar triangular area where the losses took place, as well as the first to suggest a supernatural element to the Flight 19 incident. Flight 19 alone would be covered again in the April 1962 issue of American Legion magazine. [5] In it, author Allan W. Eckert wrote that the flight leader had been heard saying, "We are entering white water, nothing seems right. We don't know where we are, the water is green, no white." He also wrote that officials at the Navy board of inquiry stated that the planes "flew off to Mars." [6]

In February 1964, Vincent Gaddis wrote an article called "The Deadly Bermuda Triangle" in the pulp magazine Argosy saying Flight 19 and other disappearances were part of a pattern of strange events in the region. [7] The next year, Gaddis expanded this article into a book,

The Gaddis Argosy article delineated the boundaries of the triangle, [7] giving its vertices as Miami ; San Juan , Puerto Rico ; and

Bermuda . Subsequent writers did not necessarily follow this definition. [13] Some writers gave different boundaries and vertices to the triangle, with the total area varying from 1,300,000 to 3,900,000 km 2 (500,000 to 1,510,000 sq mi). [13] "Indeed, some writers even stretch it as far as the Irish coast." [14] Consequently, the determination of which accidents occurred inside the triangle depends on which writer reported them. [13]

Larry Kusche , author of The Bermuda Triangle Mystery: Solved (1975) [15] argued that many claims of Gaddis and subsequent writers were exaggerated, dubious or unverifiable. Kusche's research revealed a number of inaccuracies and inconsistencies between Berlitz's accounts and statements from eyewitnesses, participants, and others involved in the initial incidents. Kusche noted cases where pertinent information went unreported, such as the disappearance of round-the-world yachtsman

Donald Crowhurst , which Berlitz had presented as a mystery, despite clear evidence to the contrary. Another example was the ore-carrier recounted by Berlitz as lost without trace three days out of an Atlantic port when it had been lost three days out of a port with the same name in the Pacific Ocean. Kusche also argued that a large percentage of the incidents that sparked allegations of the Triangle's mysterious influence actually occurred well outside it. Often his research was simple: he would review period newspapers of the dates of reported incidents and find reports on possibly relevant events like unusual weather, that were never mentioned in the disappearance stories.

The number of ships and aircraft reported missing in the area was not significantly greater, proportionally speaking, than in any other part of the ocean.

In an area frequented by tropical cyclones , the number of disappearances that did occur were, for the most part, neither disproportionate, unlikely, nor mysterious.

Furthermore, Berlitz and other writers would often fail to mention such storms or even represent the disappearance as having happened in calm conditions when meteorological records clearly contradict this.

The numbers themselves had been exaggerated by sloppy research. A boat's disappearance, for example, would be reported, but its eventual (if belated) return to port may not have been.

Some disappearances had, in fact, never happened. One plane crash was said to have taken place in 1937, off Daytona Beach , Florida, in front of hundreds of witnesses; a check of the local papers revealed nothing. [ citation needed ]

The legend of the Bermuda Triangle is a manufactured mystery, perpetuated by writers who either purposely or unknowingly made use of misconceptions, faulty reasoning, and sensationalism. [15]

In a 2013 study, the World Wide Fund for Nature identified the world's 10 most dangerous waters for shipping, but the Bermuda Triangle was not among them. [16]

When the UK Channel 4 television program The Bermuda Triangle (1992) [18] was being produced by John Simmons of Geofilms for the Equinox series, the marine insurance market Lloyd's of London was asked if an unusually large number of ships had sunk in the Bermuda Triangle area. Lloyd's determined that large numbers of ships had not sunk there. [19] Lloyd's does not charge higher rates for passing through this area. United States Coast Guard records confirm their conclusion. In fact, the number of supposed disappearances is relatively insignificant considering the number of ships and aircraft that pass through on a regular basis. [15]

The Coast Guard is also officially skeptical of the Triangle, noting that they collect and publish, through their inquiries, much documentation contradicting many of the incidents written about by the Triangle authors. In one such incident involving the 1972 explosion and sinking of the tanker V. A. Fogg , the Coast Guard photographed the wreck and recovered several bodies, [20] in contrast with one Triangle author's claim that all the bodies had vanished, with the exception of the captain, who was found sitting in his cabin at his desk, clutching a coffee cup. [9] In addition,

V. A. Fogg sank off the coast of Texas , nowhere near the commonly accepted boundaries of the Triangle.

The Nova/ Horizon episode The Case of the Bermuda Triangle , aired on June 27, 1976, was highly critical, stating that "When we've gone back to the original sources or the people involved, the mystery evaporates. Science does not have to answer questions about the Triangle because those questions are not valid in the first place ... Ships and planes behave in the Triangle the same way they behave everywhere else in the world." [14]

Skeptical researchers, such as Ernest Taves [21] and Barry Singer, [22] have noted how mysteries and the paranormal are very popular and profitable. This has led to the production of vast amounts of material on topics such as the Bermuda Triangle. They were able to show that some of the pro-paranormal material is often misleading or inaccurate, but its producers continue to market it. Accordingly, they have claimed that the market is biased in favor of books, TV specials, and other media that support the Triangle mystery, and against well-researched material if it espouses a skeptical viewpoint.

Benjamin Radford , an author and scientific paranormal investigator, noted in an interview on the Bermuda Triangle that it could be very difficult locating an aircraft lost at sea due to the vast search area, and although the disappearance might be mysterious, that did not make it paranormal or unexplainable. Radford further noted the importance of double-checking information as the mystery surrounding the Bermuda Triangle had been created by people who had neglected to do so. [23]

Persons accepting the Bermuda Triangle as a real phenomenon have offered a number of explanatory approaches.

Triangle writers have used a number of supernatural concepts to explain the events. One explanation pins the blame on leftover technology from the mythical lost continent of

Atlantis . Sometimes connected to the Atlantis story is the submerged rock formation known as the Bimini Road off the island of Bimini in the Bahamas, which is in the Triangle by some definitions. Followers of the purported psychic

Edgar Cayce take his prediction that evidence of Atlantis would be found in 1968, as referring to the discovery of the Bimini Road. Believers describe the formation as a road, wall, or other structure, but the Bimini Road is of natural origin. [24]

Other writers attribute the events to UFOs . [25]

[26] Charles Berlitz , author of various books on anomalous phenomena, lists several theories attributing the losses in the Triangle to anomalous or unexplained forces. [10]

Compass problems are one of the cited phrases in many Triangle incidents. While some have theorized that unusual local magnetic anomalies may exist in the area, [27] such anomalies have not been found. Compasses have natural magnetic variations in relation to the magnetic poles , a fact which navigators have known for centuries. Magnetic (compass) north and geographic (true) north are exactly the same only for a small number of places – for example, as of 2000, in the United States, only those places on a line running from Wisconsin to the Gulf of Mexico . [28] But the public may not be as informed, and think there is something mysterious about a compass "changing" across an area as large as the Triangle, which it naturally will.

The Gulf Stream is a major surface current, primarily driven by thermohaline circulation that originates in the Gulf of Mexico and then flows through the Straits of Florida into the North Atlantic. In essence, it is a river within an ocean, and, like a river, it can and does carry floating objects. It has a maximum surface velocity of about 2 m/s (6.6 ft/s). [29] A small plane making a water landing or a boat having engine trouble can be carried away from its reported position by the current.

One of the most cited explanations in official inquiries as to the loss of any aircraft or vessel is human error . [30] Human stubbornness may have caused businessman Harvey Conover to lose his sailing yacht, Revonoc , as he sailed into the teeth of a storm south of Florida on January 1, 1958. [31]

Hurricanes are powerful storms that form in tropical waters and have historically cost thousands of lives and caused billions of dollars in damage. The sinking of Francisco de Bobadilla 's Spanish fleet in 1502 was the first recorded instance of a destructive hurricane. These storms have in the past caused a number of incidents related to the Triangle.

A powerful downdraft of cold air was suspected to be a cause in the sinking of Pride of Baltimore on May 14, 1986. The crew of the sunken vessel noted the wind suddenly shifted and increased velocity from 32 km/h (20 mph) to 97–145 km/h (60–90 mph). A National Hurricane Center satellite specialist, James Lushine, stated "during very unstable weather conditions the downburst of cold air from aloft can hit the surface like a bomb, exploding outward like a giant squall line of wind and water." [32] A similar event occurred to

Concordia in 2010, off the coast of Brazil . Scientists are currently investigating whether " hexagonal" clouds may be the source of these up-to-170 mph (270 km/h) "air bombs". [33 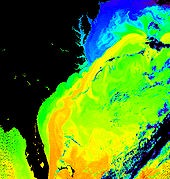 Content created and supplied by: Emmanuel_179 (via Opera News )