Reports gathered have shown that bodies of two (2) teenagers have been recovered in Kuburmbula village of Chibok local government area of Borno state. 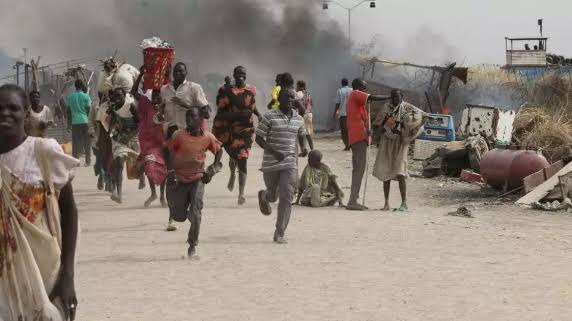 The sad incident which was made known by channelstv, on Sunday morning, was said to have taken place in Saturday at Chibok, Borno state. The victims of simply identified as James and Tuksa aged 14 and 15 respectively, met their death at the farm on Saturday, where they have gone to assist their parents to spray insecticides on farm crops.

The Boko Haram terrorists who were said to be hiding on the fringes of the Sambisa Forest bordering Chibok, are suspected to have perpetrated the ‘hit and run’ attack. Local sources in Chibok local government confirmed that villages have been targeted for flash attacks such as this in recent times by the insurgents.

Chibok became famous in 2014 when over 270 final year schoolgirls were abducted from their dormitories at the local government headquarters. Six years later, villages in the local government have continued to struggle with pockets of attacks.

Do you think the government and the military are doing enough to put an end to this mindless killings in the Nothern states ?