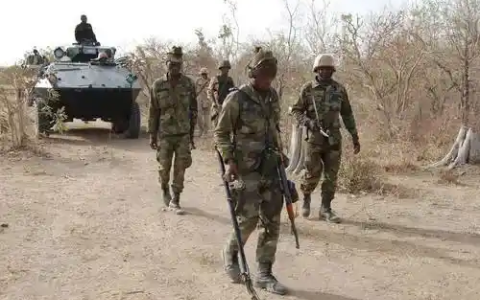 Today October 23rd 2020, Military sources disclosed the death of seven soldiers and fourteen others who are Critically injured as a result of an ambush attack in Borno State. This ambush occurred while the soldiers were on a patrol along Doska area located in Damboa Local Government of the state. According to the military spokesman, the area has been deserted since 2015 as a result of incessant attacks because it has also been the stronghold of the insurgents.

According to the Military Source, the Boko Haram terrorists were disguised in military uniforms and were in army trucks and this led to the confusion of them thinking they were soldiers from other units. On getting closer, they waved and passed not knowing they were proceeding into an ambush ahead. Few meters away, the soldiers truck ran into an Improvised Explosive Device (IED) Which blew their car off the road and were attacked suddenly in front while the disguised terrorists from behind also opened fire on them. Sagir Musa, the spokesperson expressed his condolences to the family of the lost soldiers and expressed his regret about the lives lost.