Weekly Round Up:Top Events That Took Place In Nigeria This week

Gunmen have returned 600 widows to Katsina village:Earlier last week, a patriarch in Batsari, in northwestern Nigeria's Katsina State, said hundreds of women had been left orphaned by gunmen who had killed their husbands. 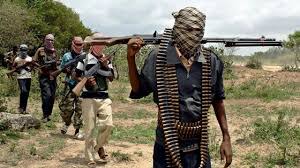 The governor of Batsari, the Emir of Katsina, Alhaji Tukur Mu'azu Ruma, said he could not estimate the number of people killed, but said "about 600 women were killed by their husbands while more than 2,000 were left orphaned. "

He said almost a third of the people in his kingdom had become refugees and were scattered in neighboring states and other parts of Nigeria. 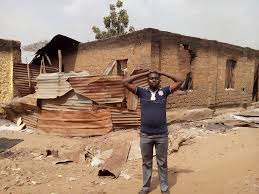 Basaraken said his region was in dire need of government assistance and donors, although he said the government was feeding refugees in a camp.

The first Nigerian helicopter pilot has died:Nigerians, especially the military, suffered a major setback last week after the Nigerian Air Force announced the death of pilot Tolulope Arotile in a car accident in Kaduna.

A statement issued by Army spokesman Ibikunle Daramola said Arotile was the first woman to fly a military helicopter in Nigeria which was launched in September 2017.

A native of Kogi State, she is said to have played a key role in the fight against piracy in Niger State where she piloted the Air Force.

State Governor Bello Matawalle unveiled the plan while receiving Chief Inspector General of Police Mohammed Adamu and DSS Chairman Yusuf Bichi who were sent to the state due to security concerns.

But the government continues to attract people inside and outside Nigeria, while experts say caution is needed.

Zamfara State Commissioner for Defense Abubakar confirmed that the governor had taken this step to reduce the proliferation of weapons in the hands of the people.

The minister made the threat during a regular meeting of the Presidential Emergency Committee on Corruption.

The minister said they would not listen to anyone who broke the law no matter how big it was.

Hadi Sirika said they had received complaints about allegations that some people, including adults, were breaking the rules.

Many people have reacted in the state and on social media, with many saying that what the youths did was against Islamic marriage.

At around 11:30 am, the DPO of the Malumfashi police said they heard "something in the garden of Alhaji Hussaini Mai Kwai".

A police spokesman said, "The explosion killed five children of a man named Alhaji Adamu Yammama, and six children living under a tree were injured."