Boko Haram Terrorists have repeatedly shown their willingness and ability to use explosives as weapons in Nigeria, and there is ample intelligence to support the conclusion that they will continue to use such devices to inflict harm. The threat of explosive attacks in Nigeria is of great concern considering terrorists’ ability to make, obtain, and use explosives, the ready availability of components used in IED construction, the relative technological ease with which an IED can be fashioned, and the nature of our free society. 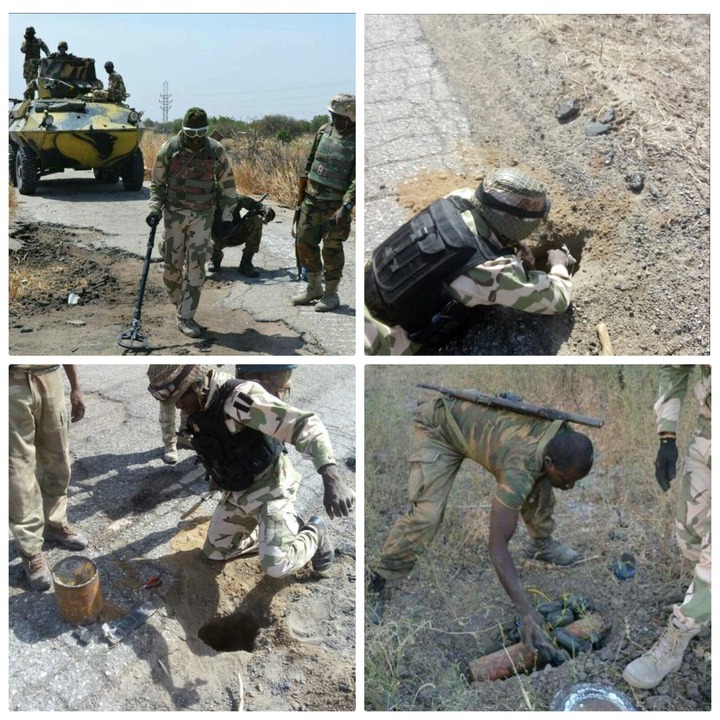 The Nigerian army, together with other law enforcement agents, have been successful in thwarting many attempted Boko Haram IED attacks in the Northeastearn part of the country where Boko Haram is very active. However, the likelihood of a sustained IED campaign targeting our nation remains. The means available to deal with domestic IEDs have grown considerably with the huge amount the government is expending on the military.

Below are some photos of the Nigerian army scanning areas for bomb threats and thwarting and disabling some bombs set by Boko Haram insurgents: 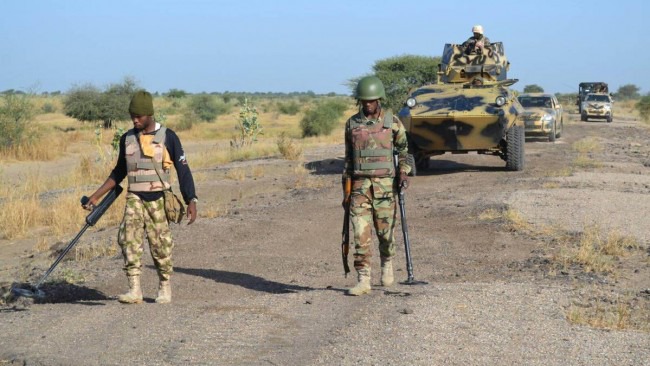 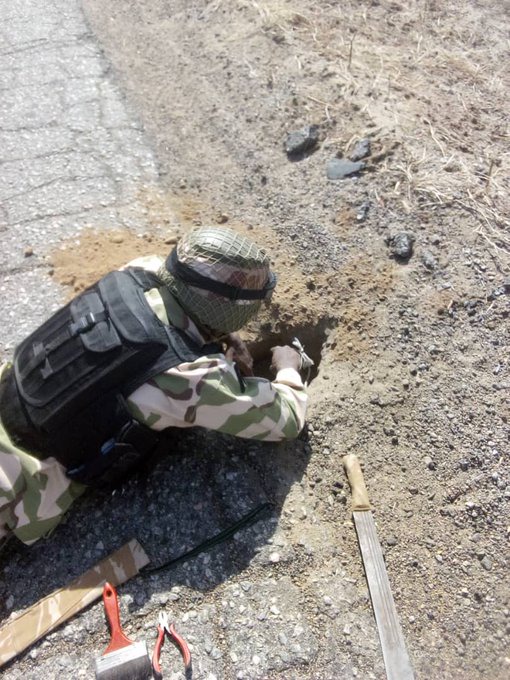 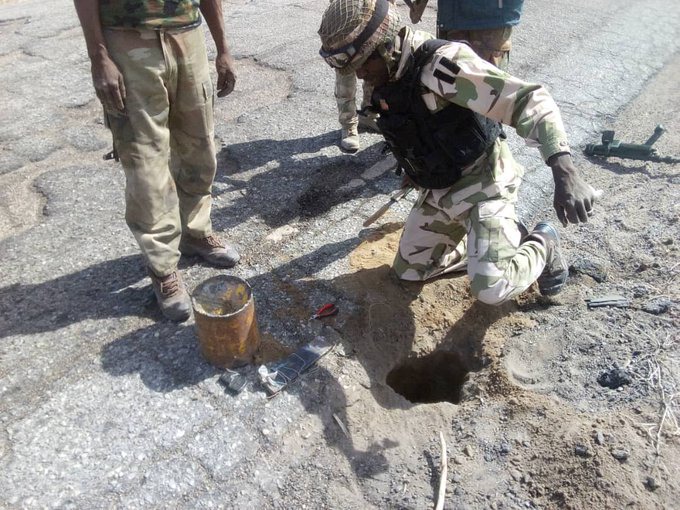 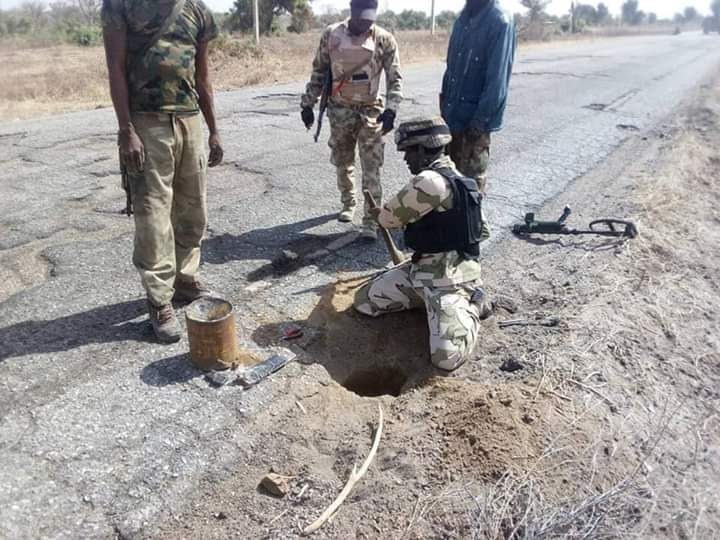 Many techniques exist for the making safe of a bomb or munition. Selection of a technique depends on several variables. The greatest variable is the proximity of the munition or device to people or critical facilities. Explosives in remote localities are handled very differently from those in densely populated areas. Contrary to the image portrayed in modern-day movies, the role of modern bomb disposal operators is to accomplish their task as remotely as possible. Actually laying hands on a bomb is only done in an extremely life-threatening situation, where the hazards to people and critical structures cannot be reduced. 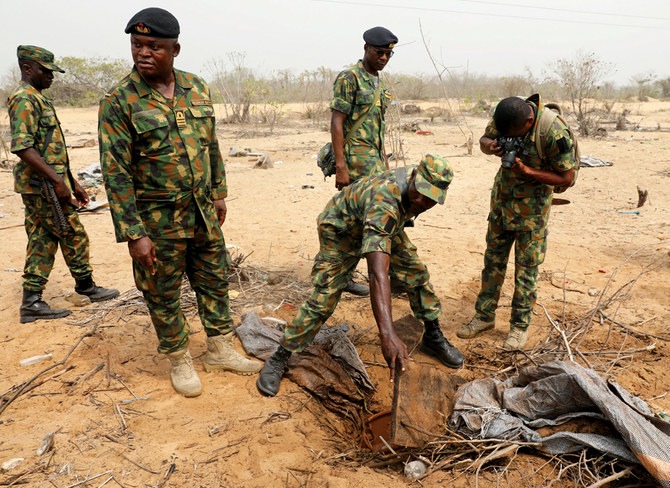 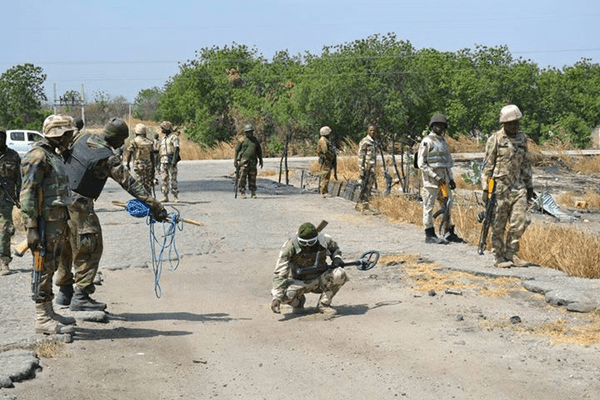 Boko Haram's IEDs pose a direct threat to communities and livestock, and prevents our military forces from securing the area. 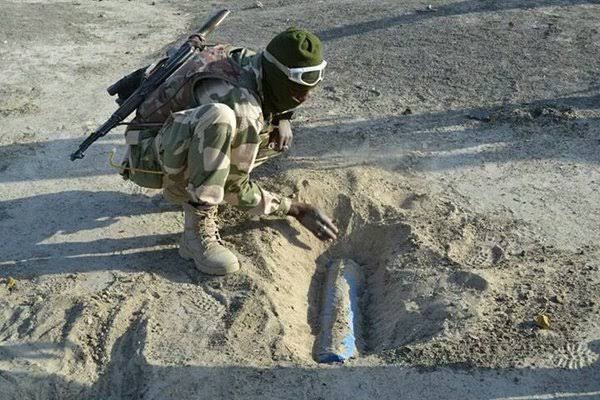 These weapons can be found on roads, foothpaths, farmers’ fields, forests, deserts, along borders, in and surrounding houses and schools and in other places where people carry out their daily Activities during and after conflict. 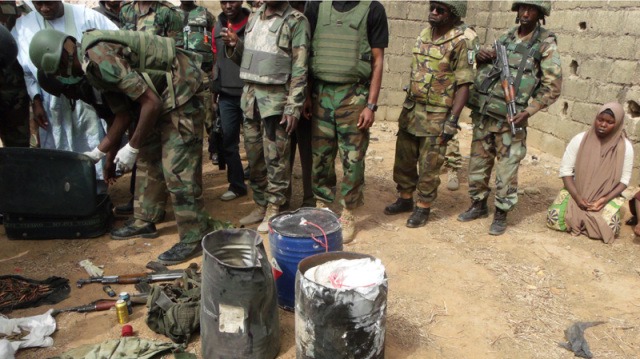 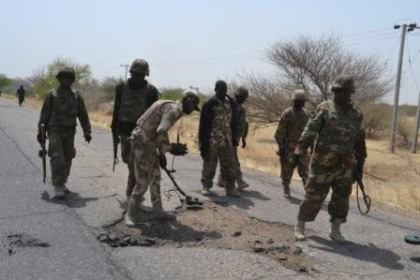 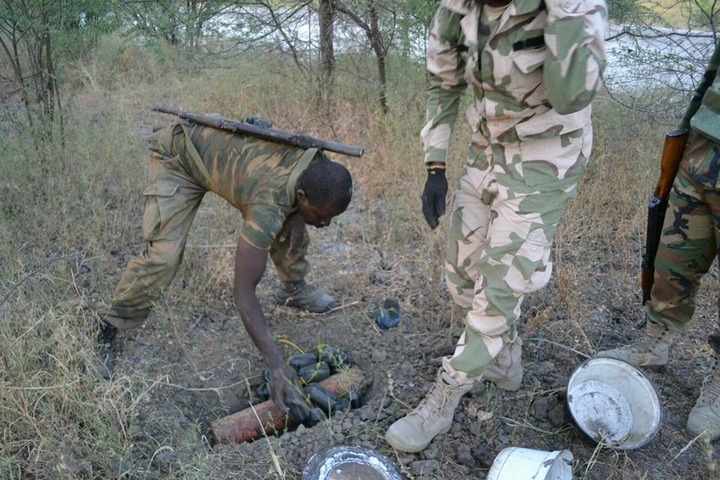 Soldiers and civilians mostly children had and is still falling victims to the explosive devices. These weapons deny access to food, water, and other basic needs and inhibit freedom of movement, limiting peoples ability to participate in education or access to medical care. 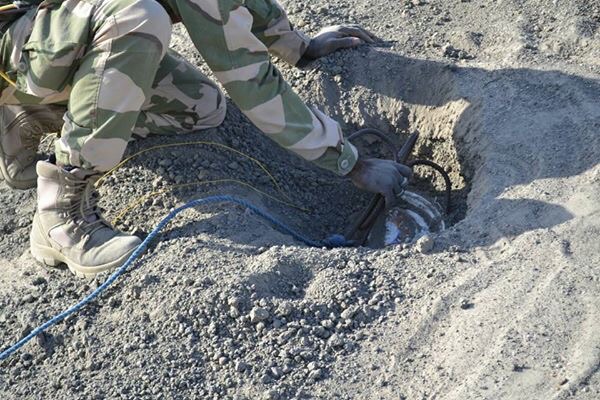 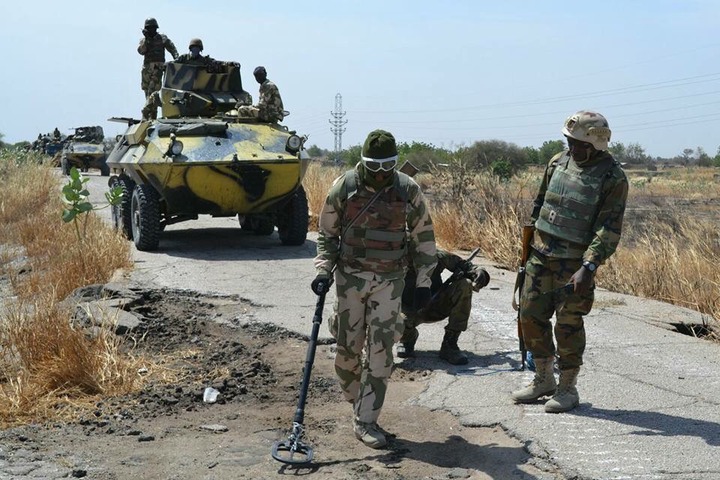 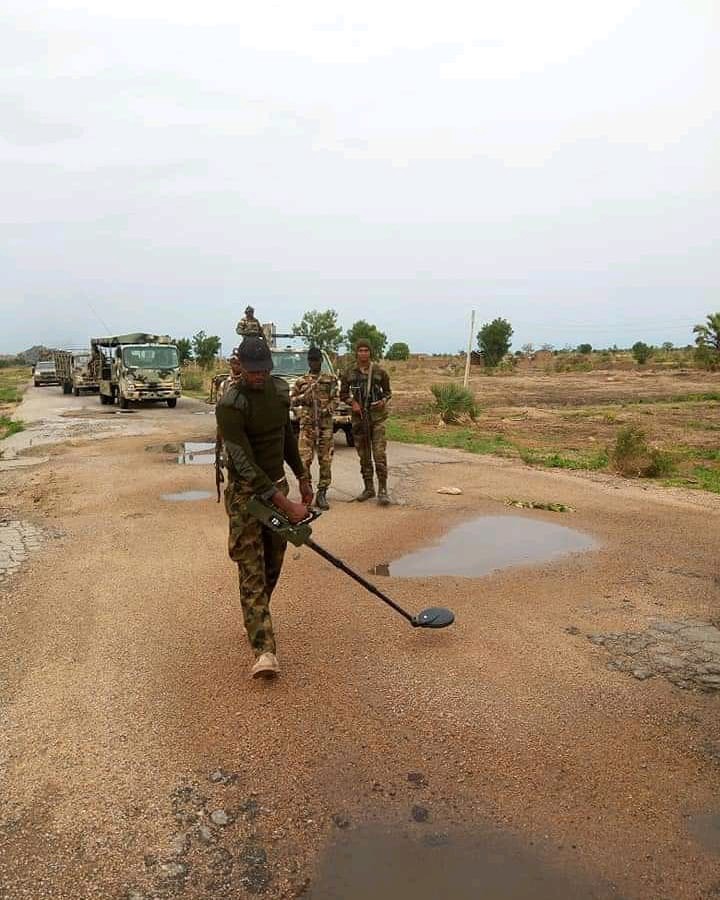 Explosives, improvised explosive devices and military ordnance are all extremely dangerous. It is important to remember that these items can kill and seriously injure without notice. At no time should anyone, except a trained bomb technician, attempt to make, move, disturb or touch any item that appears to be suspicious in nature or readily appears to have an explosive content.