By AprokoDoctor (self media writer) | 1 year ago 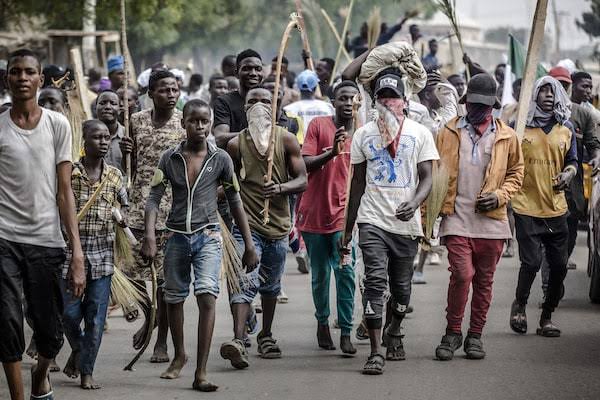 Rampaging hoodlums under the guise of the EndSARS protest on Friday at about 7:00pm, attacked the corporate head office of National Pilot Newspaper, located along Asa Dam road, Ilorin, Kwara State,

A release from the newspaper organisation, signed by Billy Adedamola, the MD/Editor-In-Chief , said the incident occured shortly after the Adedamola drove staff of the establishment out of the office at about 6.30pm when the momentum was building and threat of attack became apparent.

The assailants who had set up heavy bonfires at the frontage of the office came with gallons of fuel and other dangerous weapons and attempted to raze the place down. Some of them, who tried to gain entrance through the back fence were however prevented by some tricycles and commercial motorcycle riders who used the place as their park.

Although no staff was hurt during the incident, the hoodlums destroyed windows, furniture, gates and security lights carting away some properties in the process.” 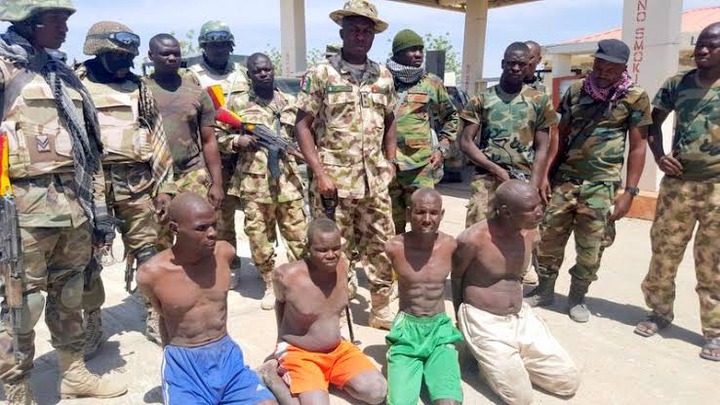 The Police Command in Yobe on Sunday said that its personnel had killed six suspected Boko Haram terrorists who earlier attacked Babbangida town in Tarmuwa Local Government Area of the state.

The Spokesman of the command, ASP Dungus Abdulkarim, disclosed this in an interview with News Agency of Nigeria (NAN) in Damaturu.

“Our mobile police personnel held their ground and exchanged gun fire with the terrorists, killing six of them while many others fled with gunshot wounds.

“The terrorists torched a vigilance group vehicle, they also destroyed part of the council secretariat, divisional police station and a military base before they were repelled,” he said.

He said a policeman was killed and another injured during the gun battle. 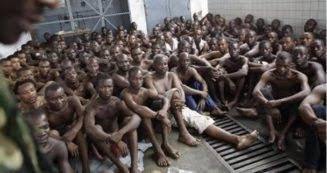 The Lagos State Ministry of Justice has arrested 229 suspects that allegedly took part in the mayhem in Lagos State in the aftermath of the Lekki Toll Plaza incident on Tuesday night.

The ministry said in a statement said that it would prosecute suspects that took advantage of the #EndSARS protest to destroy and loot public and private properties in different parts of the state.

The statement, signed by Mr Kayode Oyekanmi, the Director of Public Affairs, was made available to the News Agency of Nigeria (NAN) in Lagos on Saturday.

“The Lagos State Director of the Directorate of Public Prosecution (DPP), Mrs Olayinka Adeyemi, has gone round relevant Police formations with a team of prosecutors to evaluate files of those arrested by the police with a view to determine those that have prima facie case made against them.

“So far, 229 suspects have been arrested by the police for various criminal offences ranging from arson, murder, stealing, malicious damage of properties and assault before and after the state-wide curfew.” A former Aviation Minister and foremost Chieftain of the main opposition party in Nigeria, the Peoples Democratic Party, PDP, Chief Femi Fani-Kayode has on Sunday blasted the former governor of Lagos state and the current National leader of the APC, Asiwaju Bola Tinubu over comments on the Lekki shootings.

Fani-Kayode noted that the response of the National Leader of the APC, Bola Tinubu to Lekki killings is attempting to blame the protesters for their own deaths and for being blown apart by callous men in Military fatigue.

Fani-Kayode stated that sadly instead of exhibiting any remorse or displaying any regret for the abominable atrocity, with a smile and jocular tone, the APC national leader reportedly said nothing other than I am “still the Asiwaju of Lagos and the Jagaban”

In a short essay made available to VANGUARD, Fani Kayode said he would not be cowed and mesmerised to speak the truth even if everyone has decided no keep quiet.

Fani-Kayode said, “Even if the whole country is cowed and mesmerised by Tinubu and applauds his callousness, vanity, subterfuge, deceit, ruthlessness, obsessive ambitions, lack of fear of God and doublespeak I FFK, the Voice of the Voiceless, the Servant of Truth, the Lover of God, the Beloved of the Lord, the Otunba of Jogaland, the Sadaukin Shinkafi, the Odum Agu and the Odugwu Eze will not.

“His spell cannot silence, bind or blind me as it has done to others. I see him for what he is and his vain and boastful words here (Tinubu’s reaction to Lekki killings) have confirmed it. To think I once loved and admired you gives me sleepless nights and goose pimples. How could I have been so blind?” 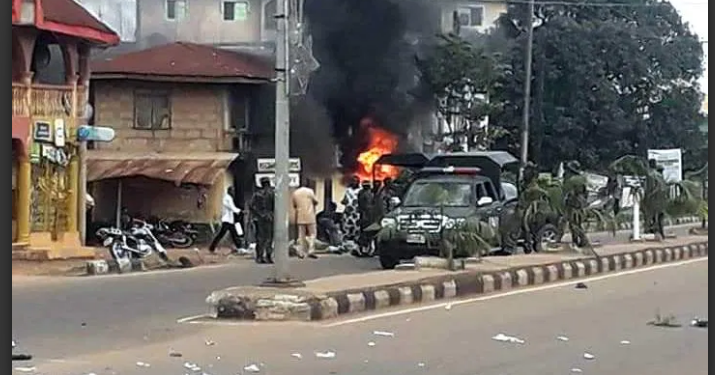 The Ebonyi State Governor, David Umahi, has sacked one of his security aides and three grassroots coordinators over the recent destruction of police stations and other properties in their domains.

A statement by the secretary to the state government, Kenneth Ugbala, on Sunday, said that the special assistant on security and utility (urban), Nchekwube Aniakor, and three development centre coordinators have been relieved of their duties immediately.

The three development centres are in Governor Umahi’s Ohaozara local government, where hoodlums attacked and burnt down police stations on Thursday.

The hoodlums also attacked about three other police stations in Abakaliki, the state capital, on Wednesday.

Content created and supplied by: AprokoDoctor (via Opera News )