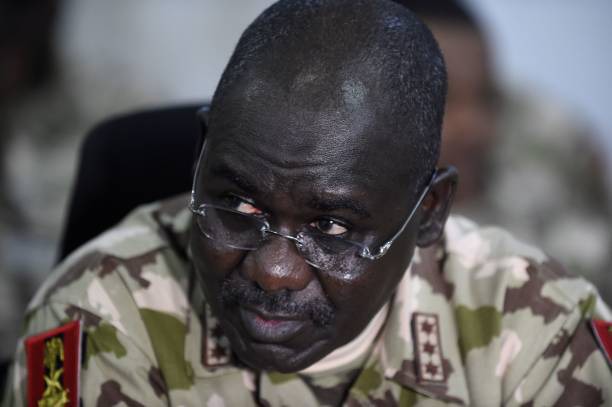 The Boko Haram and the Islamic state of West Africa insurgency around mostly the north east part of Nigeria has been is growing every day, but as they keep growing the Nigerian Army are not relentless too.

The Defense Headquarters of Nigeria has too to their tweeter handle to celebrate countless success against these terrorist groups in Nigeria.

According to their post, the Troops of Operation Lafiya Dole on 17 July targeted some terrorist when they were operating their market activities and undercover movement in Kolofata, a boarder town with Cameroon, where Troops of Strong Response Squad Area Neutralized 6 of the terrorist members attempts to cross the Cameroon boarders in the Sambisa axis. 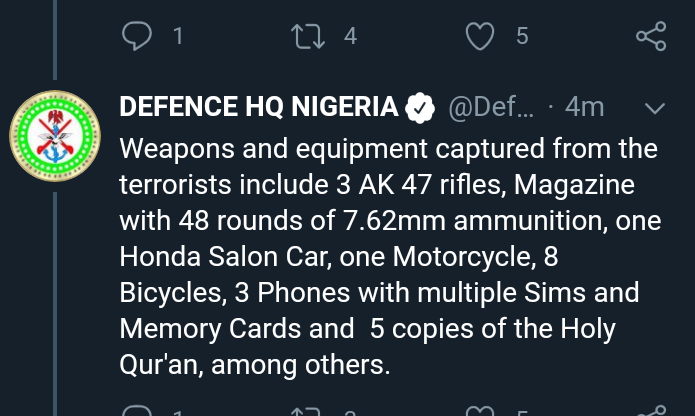 The ministry reported that the weapons were recovered from the terrorist which includes three Ak47 riffles, magazines with fourth eight rounds of 7.62 mm ammunition, cars, and various model of cell phones were also recovered. Including five copies of the holy Qur'an. 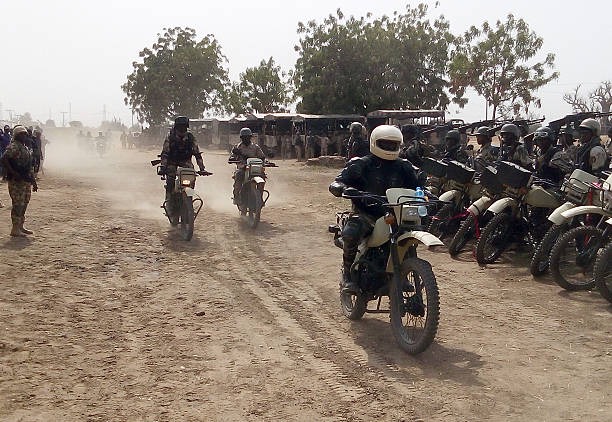 The Defense headquarters went further to list various leaders that have been successfully killed by the gallant troops of operation Lafiya Dole and other attached intelligence units of the team during an encounter at Damask and were buried by their fellow terrorist at Goski Village.

The names are listed below; 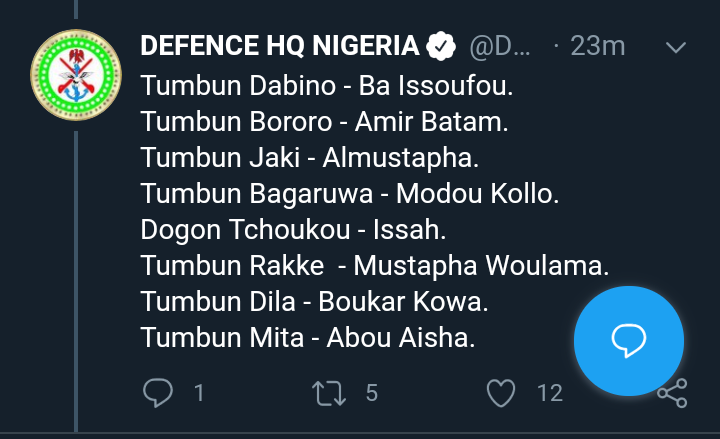 Also, the ministry went further to state that, due to several insurgents surrendering in their numbers, they all voluntarily admitted that the insurgency is driven by the need for money, power, greed, criminality, and less of ideology. 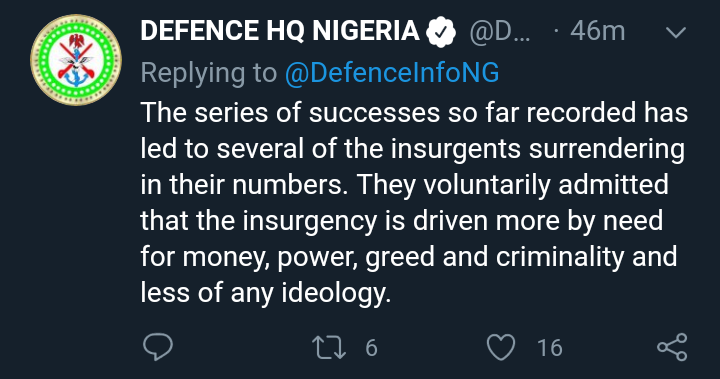