Idi Amin, Murderous and Erratic Ruler of Uganda and how he Died in Exile. 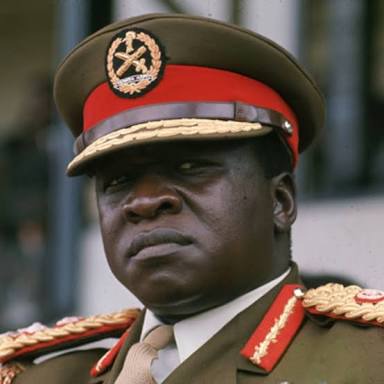 Idi Amin, whose eight-year reign of terror in Uganda encompassed widespread killing, torture and dispossession of multitudes and left the country pauperized, died yesterday in Jidda, Saudi Arabia, where he had lived for years in exile. He was believed to have been about 78 years old, though some reports said he was as old as 80.

Mr. Amin had been hospitalized and on life support since mid-July. He died from multiple organ failure, Reuters reported.

For much of the 1970's, the beefy, sadistic and telegenic despot had reveled in the spotlight of world attention as he flaunted his tyrannical power, hurled outlandish insults at world leaders and staged pompous displays of majesty.

By contrast, his later years were spent in enforced isolation as the Saudi Arabian authorities made sure he maintained a low profile. Mr. Amin, a convert to Islam, his four wives and more than 30 children fled Uganda just ahead of an invading force of Ugandan exiles and Tanzanian troops that overthrew his government. They went first to Libya, and eventually to Saudi Arabia.

By the time he had escaped with his life, the devastation he had wreaked lay fully exposed in the scarred ruins of Uganda. The number of people he caused to be killed has been tabulated by exiles and international human rights groups as close to 300,000 out of a total population of 12 million.

Those murdered were mostly anonymous people: farmers, students, clerks and shopkeepers who were shot or forced to bludgeon one another to death by members of death squads, including the chillingly named Public Safety Unit and the State Research Bureau. Along with the military police, these forces numbering 18,000 men were recruited largely from Mr. Amin's home region. They often chose their victims because they wanted their money, houses or women, or because the tribal groups the victims belonged to were marked for humiliation.

But there were also many hundreds of prominent men and women among the dead. Their killings were public affairs carried out in ways that were meant to attract attention, terrorize the living and convey the message that it was Mr. Amin who wanted them killed. They included cabinet ministers, Supreme Court judges, diplomats, university rectors, educators, prominent Catholic and Anglican churchmen, hospital directors, surgeons, bankers, tribal leaders and business executives.

In addition to Ugandans, the dead also included some foreigners, among them Dora Bloch, a 73-year-old woman. She was dragged from a Kampala hospital and killed in 1976 after Israeli commandoes raided Entebbe Airport to rescue 100 other Israelis who along with her had been taken as hostages from a hijacked Air France plane.