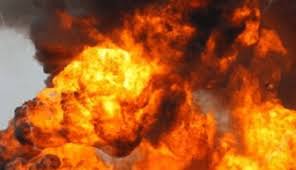 Katsina state police command on Saturday 18/7/2020, has confirmed the dead of five children,who were killed due to bomb blast and the other six children were injured in the blast, that took place in a farm at Yammama village, Malumfashi local government Katsina state.

According to the police DPO Malumfashi said that a loud sound was heard inside the farm of a man named, Alhaji Hussaini Maikawai, which before people get there, five children are already dead and six of the children injured, who were sitting under a tree inside the farm.The blast which took place at about 11:30 am on Saturday 18/7/2020. 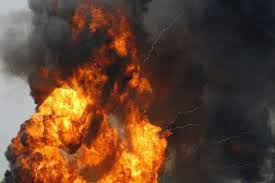 According to the police spokesman, he says that, the children went to the farm to cut some grass for their animals, before the unfortunate incident happen to them.He further said, those injured are taken to Malumfashi General Hospital for medical treatment. Credible sources said that, it was an improvised bomb that exploded in Katsina , which killed five children. The police spokesman said that Katsina state has been spared by the Boko Haram war of bombing. And also the state has been having problems of kidnapping and banditry. We pray for the family that lost their loved ones that may God console them and the ones in the hospital may God heal. Meanwhile police investigation is still ongoing on the bomb explosion.

But now, no any group has taken the responsibility of the attack, but the presence of security agency is expected to keep monitoring that area, for further attacks throughout the state.People living in Katsina state are advice to adhere to all advice issue to them by the security agency.